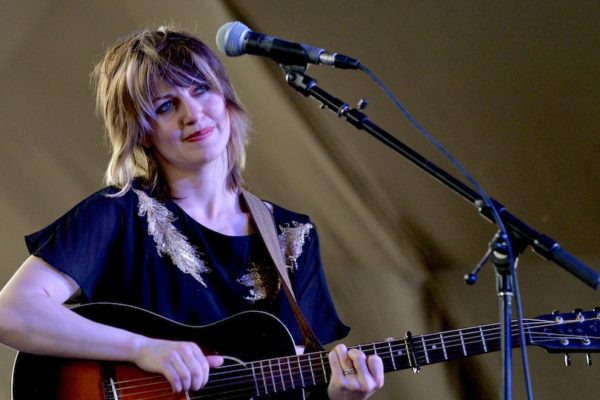 I don’t know how to run a record label or how many exist in the world nowadays. I do know that, in the old days, I bought records from major labels like Capitol, EMI, and Atlantic along with a few smaller indie companies such as Rhino and Abbey Road. Yet when I look at my record collection today, there is a proliferation of independent labels associated with my favorite artists. Margo Price is on Jack White’s Third Man records, Rhiannon Giddens is on Nonesuch, Nicole Atkins on Single Lock, Aaron Lee Tasjan on New West. The list goes on and on.

Clearly, I’m always on the hunt for new music but I actually didn’t start paying closer attention to record labels themselves until I discovered that one of my favorite groups — The Birds of Chicago — had signed on to Signature Sounds late last year. After researching the label a bit, I discovered some great new music by Twisted Pine and Heather Maloney as well as the fact that it had produced albums by bands and artists I already liked: Dustbowl Revival, Lake Street Dive, Eilen Jewell, and Lori McKenna.

As luck would have it, I ended up in Western Massachusetts in early March when Signature Sounds was sponsoring their annual winter Back Porch Music Festival — three days of great music in Northhampton’s beautifully refurbished Academy Theater, and the more-intimate Parlor Room. The two shows I attended had fantastic line-ups including Anais Mitchell, Jeffrey Foucault, Birds of Chicago, David Grisman, Del McCoury, Molly Tuttle, and Honeysuckle.

But this experience was more than a great concert. It was like a warmly welcoming, wonderful family affair. And that family was Signature Sounds, the local label led by patriarch Jim Olsen, who, along with his longtime weekly Sunday morning radio show The Back Porch, has become a regional institution – part record label owner, part concert promoter, part club owner. (He books a full calendar of established and emerging performers at the Parlor Room year-round.)

For the festival, his Sunday morning three-hour live radio broadcast from the Parlor Room definitely proved a highlight with interviews and special performances by Robert Ellis and Della Mae’s Courtney Hartman, Mark Erelli (a musician-buddy of Anais Mitchell), and my old favorites Birds of Chicago who treated us to a few songs from their upcoming release Love in Wartime. It was a relaxing morning of coffee, pastries, and music for tourists like me and Northamptonites who all seemed to be both regulars at the club and deep music lovers. Everyone I spoke to recounted stories of musicians that Olsen and Signature Sounds had hosted and launched over the years.

The festival continued to be fantastic in the afternoon which hosted what felt like an extended label reunion featuring 70-somethings Grisman and McCoury alongside 20-somethings Honeysuckle and the rising bluegrass star Molly Tuttle who, last year, became the first woman to win the International Bluegrass Music Association’s Guitarist of the Year. What became clear to me in short order is that Signature Sounds was much more than a record label. It was a living example of what a dynamic musical community can look like – at once an anchor institution for a small town and a family of Americana, Roots and Folk artists.

Olsen and his team clearly have a knack for finding and supporting up-and-coming artists. Singer-songwriter Mark Erelli, a Northampton musician, has gone on to develop a national following thanks to his lengthy discography of solo albums and side gigs with artists such as Lori McKenna, Rose Cousins, and Josh Ritter. Lake Street Dive, once a Boston area bar band, is now selling out theaters nationwide. It’s axiomatic to say that music can bring people together. But that was never clearer for me than at the Back Porch Festival which pulled together audiences from Maine, New York, and most of all Western Massachusetts. Now, as I head back home to California, I have given myself two tasks. First, work my way through the full Signature Sounds catalog. Second, figure out how to get back to Northampton for the Back Porch Festival next year.

PS. To read more of Donald Cohen, check out his post How Music Fans can Help Working Musicians over at the No Depression website.