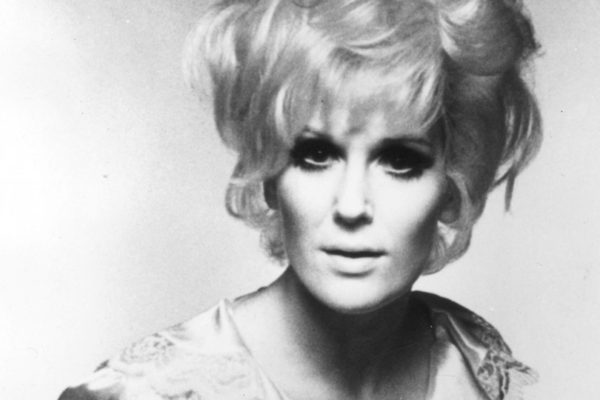 Blue-eyed soul is not strictly an American phenomenon. Indeed, one could make a case that when it comes to American pop, no style of music has elicited such a passionate response from British musicians as good old rhythm and blues. A comprehensive history of British R&B would take up volumes and this post’s exclusion of The Rolling Stones, Rod Stewart, Van Morrison, and others isn’t intended as a snub of those artists so much as a nod to the breadth of their work outside the genre. Hell, even The Beatles and The Who were known to dip into the Stax records for source material now and then.

And with all due respect to these gentlemen rockers, some of the earliest practitioners of blue-eyed soul across the pond were women — a prime example being Lulu who delivered a rollicking version of the Isley Brothers “Shout,” with her band the Luvvers in 1964 then followed it up with the soulful “Leave a Little Love” and “Try to Understand,” both of which sound like Motown imprints. Even more rooted in the tradition is Dusty Springfield whose first songs as a solo artist — “Wishing and Hopin'” and “You Don’t Have to Say You Love Me” — established her as one of the most important artists of the British invasion. Her 1968 hit “Son of a Preacher Man” (a tune supposedly passed over by Aretha Franklin) may qualify as the quintessential British blue-eyed soul song while her Dusty in Memphis is universally acclaimed as a blue-eyed soul classic.

Not that there weren’t men making their marks too. The Spencer Davis Group propelled Steve Winwood into the spotlight while the singer was still in his teens with “Keep on Running,” “I’m a Man” and “Gimme Some Lovin'” — all of which displayed Ray Charles influenced vocals. A similarly indebted Joe Cocker brought his raspy sound to soulful interpretations of songs by Leonard Cohen, Bob Dylan, and the Beatles — most famously perhaps, his rendition of “With a Little Help from My Friends.” In 1975, his version of Billy Preston’s “You Are So Beautiful to Me” went to number five on the Billboard charts.

And while they’re sometimes classified as an Australian act, it’s worth noting that the Bee Gees were born in the U.K., formed their first band in Manchester, and returned there in the late 1960s as they began to become successful on a larger scale. And it was on “To Love Somebody” (recorded in the U.K.) that they first began to show a soul influence. Reportedly written with Otis Redding in mind, the song features Memphis style horns along with the unique harmonies of the brothers Gibb. Other R&B influenced songs like “I’ve Got a Get a Message to You” and “Lonely Days” followed. And while “How Can You Mend a Broken Heart” is not a soul song in the traditional sense, Al Green heard enough soulfulness in it to record his own version.

Paul Carrack may not be as much of a household name as the trio behind the Saturday Night Fever soundtrack, but his subtle vocal style can be heard on Ace’s 1975 hit “How Long” and on Squeeze’s Motown influenced “Tempted.” By the early 1980s, British artists were still paying tribute to the “Quiet Storm” sound of Smokey Robinson and Marvin Gaye. Boy George had a big hit with “Do You Really Want to Hurt Me” (1982); Paul Young came out with a cover of Gaye’s “Wherever I Lay My Hat (That’s My Home)” (1983); and Simply Red scored big with “Holding Back the Years” (1986).

More recently, the women have come to the fore again. In the ‘00s three British female singers emerged on the scene: Amy Winehouse, Duffy, and Joss Stone. The late Winehouse’s Back to Black won the Grammy for Album of the Year in 2007, propelled by her sultry, rich voice which somehow managed to both pay tribute and modernize blue-eyed soul at the same time. Duffy’s Rockferry may not have launched her into the same stratosphere but her looks and voice have their own retro appeals a la Lulu;  her song “Mercy” was immensely popular across Europe, if less so in the states. As to Stone, her free-spirited, retro vocals continue to gain momentum as can be seen on her latest album Project Mama Earth, influenced by the rhythms of Cameroon.

Eclipsing them all is Adele who has proven herself to be a veritable force in the industry via the massive success of her 19, 21 and 25 albums. Her tribute to George Michael at last year’s Grammys was a blue-eyed soul homage to a blue-eyed soul icon and a fitting testament that the genre has plenty of life in it yet.