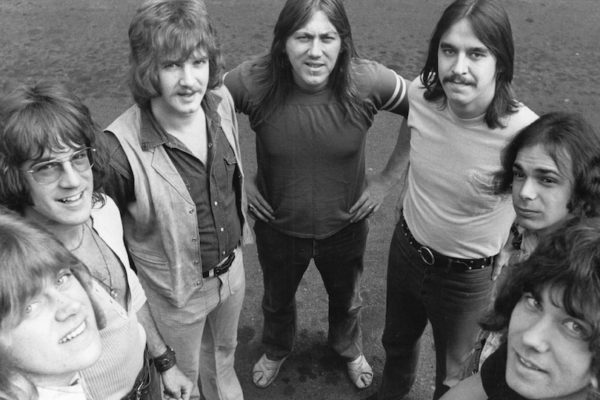 Chicago is one of the biggest-selling bands of all time. Starting out as “The Big Thing” in 1967, the group changed their name to “Chicago Transit Authority” for their debut then rebranded again as simply “Chicago” in 1970. One of the philosophies the group relied on during their ride through fame was that Chicago was a democracy. There were no leaders; everything was equal. They had three different lead singers, all members were songwriters, and royalties were divided evenly. But on Jan. 23, 1978, during a rare break and just hours before starting work on his first solo album, guitarist Terry Kath died of a self-inflicted gunshot wound. The band was never the same again. Kath’s demise was subject to years of speculation, but one thing was clear: if there had been an unofficial leader, now he was gone. The hole Kath’s loss created has been patched many times throughout the band’s subsequent career but never filled. Here is what made his contributions so vital.

He Pushed the Band to Write Original Material
One night after a club owner yelled at the band to play something “soft” so that he and his date could dance, Kath lost it and tore into a Mothers of Invention tune. The irate owner fired the band and they lost their paying gig playing covers. As the story goes, that night Terry convinced his bandmates that in order to be really successful, they should write their own songs and control the setlist. As a result, all of the band members began writing songs, including incoming singer-bassist Peter Cetera. The newly conceived collective ended up having so much good material that their first three studio albums were all double LPs. We have Kath to thank for that.

He Was Beloved by Hendrix
It was no secret that Kath enjoyed Jimi Hendrix’s work. Less well-known is that Jimi Hendrix was a fan of Kath’s, too. After hearing Chicago play at the Whisky a Go Go in LA, Hendrix said, “That’s the best guitar player I’ve heard. He’s better than me.” Indeed Hendrix loved him so much, he had the band open up for him on tour before they’d even secured a record deal. Although Kath shreds on almost everything he plays, his best work may be on “25 or 6 to 4” (1970). Listen to his solo as he furiously yet melodically runs up and down the fretboard while still staying in rhythm and driving the band.

He Introduced Chicago to the World
The aptly named “Introduction” — the first track of Chicago Transit Authority — is written by none other than Kath. Employing multiple times and tempos while mixing big band jazz with progressive rock, Kath sings the tale of how the band came to be, showcasing each member in the process. What’s most amazing is how Kath, a self-taught musician, figured out everyone’s part in his head then got the band’s trombonist James Pankow to write the charts out on his behalf. (A scholarship in Kath’s name was set up at DePaul’s music dept after he died because, although he didn’t study music there, several other band members did.)

He Jumpstarted Chicago’s Top 40 Career
None of CTA’s singles charted during the album’s initial release, but the first single from Chicago II sure did: part one of the “Ballet” suite entitled “Make Me Smile” may have been written by Pankow, but its Kath’s vocals that ensured that it was a hit. No one else in that band could sell the lyrics’ juxtaposition of youthful innocence and a need to be loved. This three-minute opus was Chicago’s first bona fide hit and climbed all the way to Number Nine, thereby kicking off an incredible run of twenty Top 40 hits that lasted until late 1977 with “Baby What a Big Surprise.”

He Made Your School Dance Better
…or prom or wedding or bar mitzvah. And he did it with another section of Pankow’s “Ballet” suite, the Bach-inspired “Colour My World.” Simple, unintimidating, and easy to dance to, this is the perfect song for approaching that girl who you’ve been staring at all year. And when she accepts, you lock hands — right arms out, left hands on hips — then both rock back and forth as the notes ascend then descend. And something amazing awaits: Kath’s voice will come in with “As time goes on, I realize just what you mean to me…” and she’ll step in closer, relax her arms, and put her head on your shoulder. Yes, in 1971, “Colour My World” was the perfect song to fill the space between two awkward teens. So why is Kath not more well known as a composer, singer, and guitarist? Well, critics such as Robert Christgau and magazines such as Rolling Stone seemed to think any rock band with horns was too square to be considered seriously. We disagree. Just turn on “25 or 6 to 4” right now. The fact of the matter is that between 1969 to 1977, Chicago cooked. And Kath was the head chef.