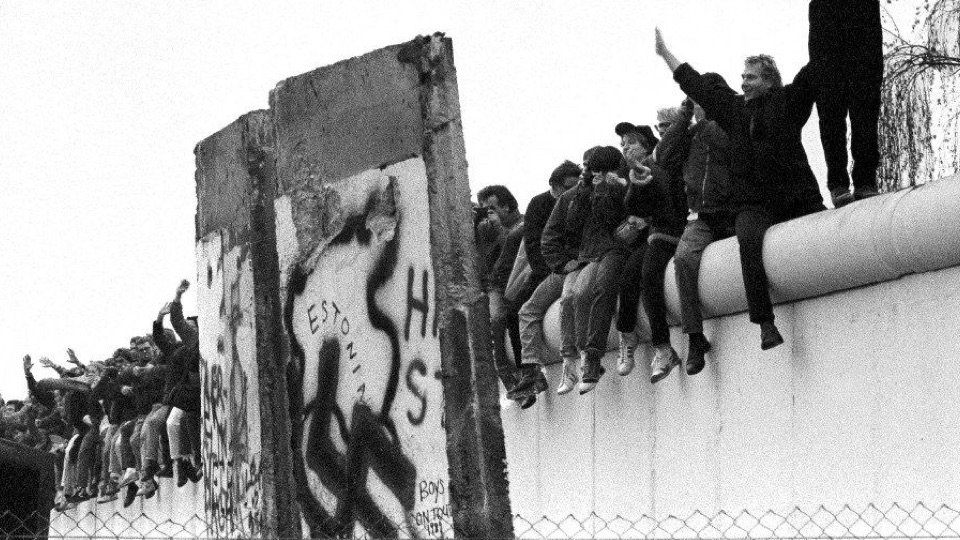 This year marks 30 years since East German officials ordered the opening of the Berlin Wall, a physical and symbolic barrier between the communist “Eastern Bloc” and Western culture. Erected in 1961 as a way to “protect” Eastern populations from “fascist elements” and “the will of the people,” the wall and the Soviet Union’s authoritarianism bred an insular, secluded society unable to experience the cultural renaissance that had been taking hold throughout the world.

Emmy-winning filmmaker Jim Brown (Billy Joel- A Matter of Trust- A Bridge to Russia- A Documentary Film,) captures this cultural oppression and steady erosion of Soviet principles in his 2015 documentary Free to Rock, which has returned to TV screens this year in conjunction with the 30-year anniversary of the demolition.

Brown’s film – with succinct editing, intriguing B-roll and commentary – is a poignant testament to the power of music in bringing about cultural and political change. Brown’s overall message in the documentary, which has been confirmed by various rock icons, is that music was the vehicle that helped drive a regime change and steadily chipped away at the Iron Curtain.

Brown cites numerous Eastern artists who began to emulate their Western counterparts in the 1960s and ’70s, although the Soviet Union failed to allow rock-n-roll to outgrow its underground status until the ’80s when Soviet leader Mikhail Gorbachev steadily loosened his regime’s stranglehold on artistic expression.

Featuring interviews from Soviet rock pioneers Stas Namin, Andrey Makarevich, Pits “Pete” Anderson, Vratislav Brabenec, Valery “Seitsky” Saifudinov, Free to Rock chronicles the dueling messages emanating from the U.S.S.R. around the time of Woodstock and the “British Invasion” in the U.S., and through the ’80s when rock began to branch out to pop, hard-rock and metal sounds.

Not only does Brown use first-hand accounts from these cavalier Soviet artists, but he draws input from various leaders, dignitaries and academics, including former U.S. President Jimmy Carter, a proponent of cultural exchange between the Cold War-era enemies, Gorbachev himself, discussing the inevitable downfall of his state nearly 30 years ago, interview subject Oleg Kalugin, a former KGB general, and a U.S. figure who had a quite a presence in the Soviet Union’s underground scene, producer Joanna Stingray.

Related: “Searching for Sugarman: A Rock Fairy-Tale with A Happy Ending”

The aforementioned artists document their troubles with the regime – including a brutal beating inflicted on Pete Anderson that left him fighting for his life – and then the burgeoning rock spirit that began to take hold. Artists like Saifudinov, Namin and Anderson also chronicle the evolution of the rock scene and its impact on their own music, denounced by Soviet leadership.

Western stars who left an indelible image on Soviet artists included Elvis Presley, whom the Soviets considered to be a direct cultural threat, The Beatles, The Beach Boys, who were one of the first acts to play a (closely monitored) show in the U.S.S.R, Dean Reed, a socialist who emigrated to the communist nation to become the face of its music scene (before being found dead in East Berlin) and the Nitty Gritty Dirt Band, whose tour is, to this day, considered a landmark moment. Others include Elton John, who played a censored show in the communist nation, Billy Joel, who became an instant icon, Bruce Springsteen, who directly called for a cultural upheaval, Metallica and the Scorpions, whose song “Winds of Change” became the anthem for the peaceful political uprising.

Despite the lasting effects of these iconic performances, Russian artists were left to sort out this conflict themselves – embarking on tours, producing albums, filling urban clubs and lyrically expressing their distaste for the Iron Curtain.

These artists steadily loosened the regime’s grip, going beyond propagandistic “Vocal Instrumental Ensembles” with flowery language about communism, to Namin’s Peace Festival with world-class headliners and the Scorpions openly singing about change.

The narrative is neatly tied together behind Brown’s vision, supplemented by political perspective from Gorbachev, Carter and (famous) clips of Ronald Reagan announcing the end of the wall’s tainted tenure in Berlin.

While rock-n-roll is front and center in Brown’s film, the subtext remains far deeper – both politically and at a societal level. The takeaway is: Oppressed populations have historically overcome long odds to drive change and advocate for freedom. This was true of the generation that began chipping away at the concrete of the Berlin Wall. It is also a universal truth and goes beyond geography or genre.

Freedom is and will remain perhaps the most important pillar, and Brown’s documentary is a friendly reminder of the power of the people.