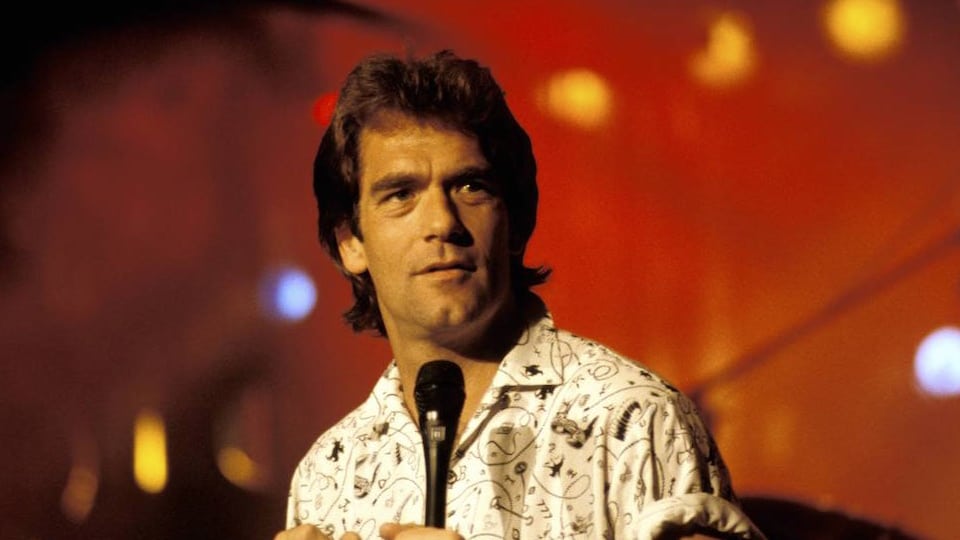 Huey Lewis and the News rode a sensational wave of success in the 1980s. During that decade, the band charted three multi-platinum albums; Sports (1983) and Fore! (1986) hit Number One. Overall, Huey Lewis and the News charted seventeen Top 40 singles — twelve of which reached the Top 10. That’s a lot of song power. Which makes it all the sadder that earlier this month, Lewis took to Facebook to announce the cancellation of his upcoming tour. His heartbreaking explanation was that he was suffering from hearing loss associated with Meniere’s disease, a condition that makes it impossible for him to hear music well enough to sing. While we collectively hope for a full recovery, let’s go back and look at the songs of Huey Lewis that made for much more upbeat Top 10 headlines.

In order to include this 1979 Smokey Robinson cover, we’re going to have to bend the rules a bit as this one comes from the Duets movie soundtrack and also features vocals from Gwyneth Paltrow. Although the movie itself received mixed reviews, Huey Lewis fans loved seeing him play a karaoke con man searching for redemption. This song stayed at number one for five weeks. Okay, that was in New Zealand, but still…

Written by Bruce Hornsby with his brother John, “Jacob’s Ladder” was the last of three singles by Huey Lewis and the News to make it all the way to Number One stateside. And who can’t relate to just trying to get through each day with the goal of becoming a better person? That’s a timeless sentiment, well sung.

This hidden gem from the band’s self-titled debut album didn’t chart and you’ve probably never even heard it before. Yet it’s ten times better than “Stuck with You” (from later in their career) which made it to Number One. This is the tune that really gave us a glimpse of what HL&TN had in store for fans in the decade to come.

LA, NYC, DC, San Antonio, Philadelphia, Boston, Baton Rouge, Tulsa, Austin, Oklahoma City, Seattle, San Francisco, Cleveland, and Detroit all get musical shout-outs from Lewis on this track. Needless to say, residents of these cities cranked the radio up a notch or two when “The Heart of Rock & Roll” came through their car speakers. (Sorry Nashville and Chicago!) Of course in concert, Huey inserted each city on his tour into his lyrics. (“Hello, Nashville!” “Hello, Chicago!”) Plus the beating heart at the opening and closing of the track was just plain cool.

Curtis Mayfield wrote this song 30 years before Huey tackled it, but he and the News absolutely nail the vocal harmony on this track. The tune actually comes from the LP People Get Ready: A Tribute to Curtis Mayfield, which also features blues singers like Kim Wilson and Don Covay as well as reggae icon Bunny Wailer. Frankly, The News fits in here seamlessly.

Think of this song — from the massive, seven-times-platinum release Sports — as a bit of one-upmanship to Roxy Music’s “Love Is the Drug.” Lewis belts out exactly what he needs from his love narcotic while Chris Hayes shows stellar guitar work on what has become a sing-a-long classic.

Although also from Sports, “Walking On A Thin Line” is a departure of sorts as it shows the band’s social conscience. The lyrics contain a serious message about soldiers who served in Vietnam. During his concerts, Lewis often dedicated his performance of the song to any veterans in attendance.

Another song from Sports? Well, yes. The album had four Top 10 singles on it after all. It’s worth noting that Exile recorded this same tune for their 1981 album of the same name; The Bus Boys resurfaced it the next year on American Worker but it took Huey and company to make this song by Mike Chapman and Nicky Chinn a smash hit.

This was the band’s first single to chart and boy did it ever. A track from their second album Picture This, “Do You Believe in Love” reached as high as number seven in the United States, thanks in no small part to some heavy music video rotation on a relatively new cable channel called “MTV.”

Written and produced for the Back to the Future soundtrack, “The Power of Love” was the group’s first Number One single, not just here but basically everywhere. The song cracked the singles chart of Australia (Number One), Canada (Number One), New Zealand (Number Three), South Africa (Number Four), Ireland (Number Five), UK (Number Nine), Italy (Number Eleven), Switzerland (Number Eleven), and Zimbabwe at (Number Seven). It’s power has not diminished. For not unlike Back to the Future’s DeLorean, “The Power of Love” is a time machine of sorts that can instantly transport you back to the 1980s. And you don’t even need 1.21 Gigawatts to do it.