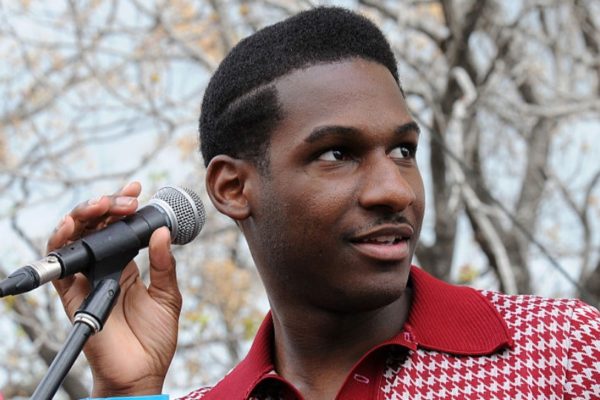 Feel like you don’t have enough soul in your musical diet these days? Missing the sounds of legends like James Brown, Curtis Mayfield, and the queen herself, Aretha Franklin? But at the same time are you starved for something new? Are you already up to date with the latest from such current soul masters as Nathaniel Rateliff & The Night Sweats, Charles Bradley and the late great Sharon Jones? Well, look no further for some sweet suggestions. I promise the following four bands will uplift your soul with their unforgettable music. As modern interpreters of a great musical art form, these artists do their predecessors proud.

St. Paul & The Broken Bones
This Alabama outfit is led by Paul Janeway, who almost ended up being an accountant before finding his true calling as a soul man. His personality is equally infused with the spirits of Otis Redding and Al Green, plus a bit of a revivalist preacher for good measure. The band’s amazing live shows are anchored by Janeway’s rich voice and unstoppable energy. Even Keith Richards took notice when the band opened a few dates for the Rolling Stones tour in 2015. Their vintage debut album Half The City and their lyrically insightful current release Sea of Noise are essential for soul acolytes. Check out “Broken Bones and Pocket Change” for a taste of their incredible sound.

Leon Bridges
Bridges is a retro soul artist in the tradition of Raphael Saddiq. While his music evokes 1960s R&B, the 20-something artist wasn’t even aware of artists like Sam Cooke (with whom he’s often compared) when he started performing and writing songs. His 2015 disc Coming Home is a slice of cool sounds powered by sensual vocals. From the Marvin Gaye feel of “Better Man” to the suave stylings of “Smooth Sailing,” this album would feel right at home on Berry Gordy’s turntable. Listen to “Twisting & Groovin’” to see why those Sam Cooke comparisons aren’t too far off the mark.

Durand Jones & The Indications
The Louisiana born Jones (who started out as a saxophone player, but later became a front man) met the core members of the Indications at Indiana University, where a group of music students jammed into the wee hours at a party one night. Their mutual love of old school soul led them to spend their off hours writing and recording music together on a vintage four-track cassette recorder. Their resulting self-titled debut is a refreshing blast of soul, R&B and funk. One of the best songs on the album is “Smile” featuring Curtis Mayfield style vocals, hard-driving horns and some groovy organ that should please fans of Sly & The Family Stone.

Sister Sparrow & The Dirty Birds
This party isn’t just for the guys so groove on with this up-and-coming group from Brooklyn, led by the charismatic Arleigh Kincheloe (a.k.a. Sister Sparrow). Her deep, powerful voice may remind you of both Janis Joplin and Etta James while the impressive musical chops of The Dirty Birds matches her on every note. The band formed in 2008, but Kincehloe has been performing onstage since she was eight years old, singing with her parents who were musicians in their native Catskills. Sister Sparrow & The Dirty Birds are rooted in classic rock as well as soul, which results in a loose, jam band aesthetic. Take a listen to “Mama Knows” from their superlative 2015 album The Weather Below.