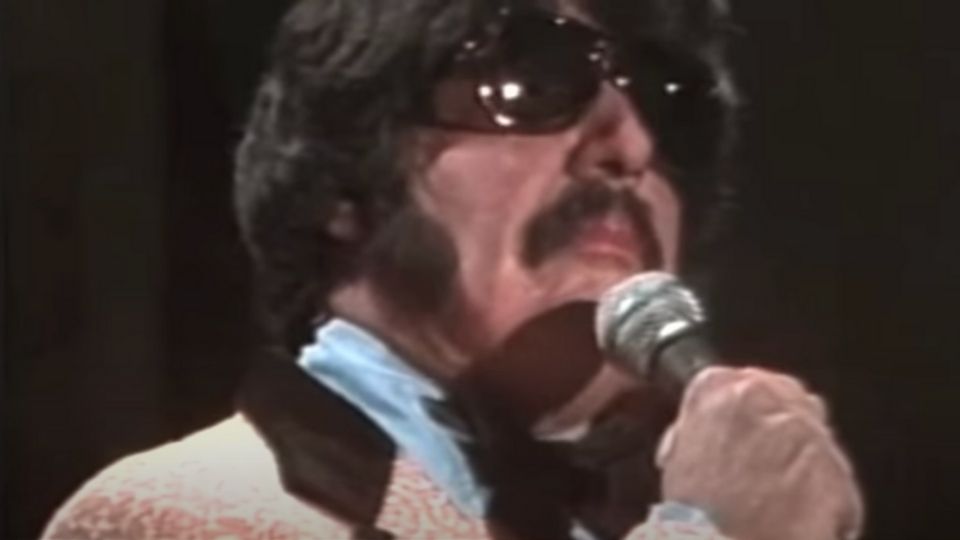 In the late 1970s, at about the same time Andy Kaufman’s “anti-comic” act was gaining attention in clubs in New York City, raunchy Las Vegas-style entertainer Tony Clifton would often appear in Andy’s place.  The two could not be more dissimilar in their styles and show content, though at their core they both liked to make audiences feel uncomfortable.  Well after Andy Kaufman’s untimely passing in May 1984 at age 35 and to this day, Clifton continues to perform.  So, who is Tony Clifton? And what’s the link to Andy?

To answer this question, we must start with Andy Kaufman.  The key to Kaufman’s performances was a desire to keep people off balance.  Whether it was causing audiences to feel pity for his sad foreign “Latka” character, or purposely paying for hecklers to taunt him mercilessly in front of an unsuspecting audience, or even his short stint challenging any woman to wrestle him – Kaufman relished the idea of doing the unexpected.  At one point, after being “injured” at one of these wrestling matches by professional wrestler Jerry “The King” Lawler, he and Lawler met on Late Night with David Letterman purportedly to make amends.  During that segment, Kaufman insulted Lawler, who got up and slapped Kaufman hard across the face, sending him sprawling to the floor.  Kaufman responded by throwing coffee into Lawler’s face and running off stage in front of a stunned audience.  It took a decade before it was confirmed that this all a stunt, that no one was injured and both Kaufman and Lawler had carefully coordinated the antics.   Because of this pursuit of the perfect hoax, for many years after his death was announced, his fans believe that this too was a gimmick, and Kaufman will return to spring the gag on everyone.

From the start, Kaufman and Tony Clifton were a package deal, so much so that when Andy was offered his first big break, appearing in the famed TV sitcom Taxi, he insisted that Clifton was to be featured in one of the shows.  The producers reluctantly agreed to allow Clifton to portray Danny DeVito’s character Louie’s brother, believing that Clifton and Kaufman were the same people anyway. However, during rehearsal, the producers decided that the Kaufman/Clifton act was not working and told Kaufman that the deal was off.  Kaufman agreed but convinced them to instead fire Clifton while on set the next day. Again, the producers agreed. Clifton showed up but caused so much trouble that they forcibly threw him off the set. The next day, Kaufman showed up for work as normal.

Clifton played a marionette in a failed pilot that Andy Kaufman pitched to ABC called Uncle Andy’s Funhouse. Tony Clifton as a puppet harassed both Kaufman and other puppets. Even back then, Clifton sported his traditional pink tuxedo, dark sunglasses, mutton-chops sideburns, jowls. A few years later Pee Wee Herman asked and was granted permission by Kaufman to create a show using a similar style (Pee Wee’s Playhouse).

Tony Clifton, the human version, hosted live shows often backed by a full band and professional backup singers and dancers.  Clifton was a terrible singer who talked through parts of the song, switch songs midstream and always ended up mercilessly insulting audience members.  Audiences were shocked and entertained — and often ended up booing him off stage.  Periodically, Andy Kaufman would appear and interact with Clifton to dissuade people from suggesting they were the same person.

Around this time, many TV appearances would follow.  In 1978, Clifton appeared (without his trademark sunglasses) on Dinah Shore’s TV show Dinah!, where he sang poorly, dumped eggs on Dinah, and coerced her into a duet. In 1981, Clifton was introduced by Andy Kaufman on Midnight Special, on an episode that was hosted by Kaufman.  Tony sings “I’ve Gotta Be Me” and then savagely scolds an audience member about interrupting his joke, throwing two other members off stage simply because they had Polish names.  Ultimately he’s booed off the stage.  He appeared in February 1982 on Late Night with David Letterman where he was asked directly by Dave about the link between him and Kaufman.  Clifton is insulted by the suggestion, calling Kaufman “untalented” and accuses him of riding Clifton’s coattails.

Later that year he appeared on The Fantastic Miss Piggy Show as a newly-discovered talent with the same schtick.

Then in mid-1984, Clifton stopped appearing regularly.  It wasn’t until 2004 (the 20th anniversary of Kaufman’s death) that he began making appearances again, causing people to ask whether Kaufman had finally decided to concede that his death was his greatest joke yet. Since then, he has appeared on The Opie and Anthony Show to promote an upcoming show.  He also has his own official Twitter account (@TheTonyClifton) and routinely performs as a Master of Ceremonies at various Las Vegas parties.

Nowadays in interviews, Tony Clifton reminisces about Kaufman and their escapades many years ago as if they were long-lost friends.  Then again, Clifton also boasts that he’s sold more records than The Beatles and Elvis combined and that he has an eight-octave voice range.  And so we keep asking: are Kaufman and Clifton the same person? Or were they, at some point? It sure would be wonderful if it were true.