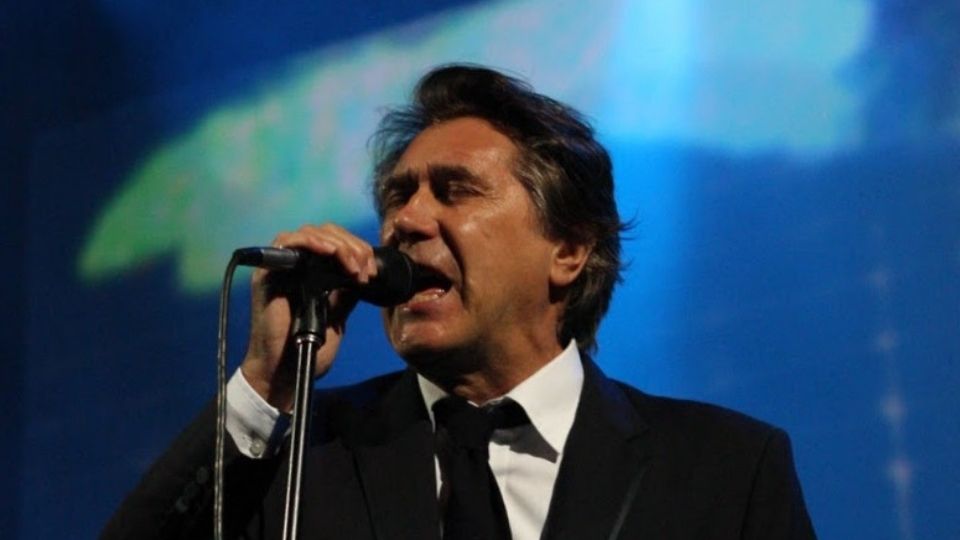 For music fans, the absence of live concerts has been among the hardest parts of the past year’s lockdowns. Many artists have attempted to fill the gap, often using the same technology that now enables so many people to work from home. However, while these live streams offer an almost paradoxical degree of intimacy between performers and their audience, for many fans they’re still no substitute for the actual concert experience. The quirks of internet transmission ensure that technical hiccups remain a distinct possibility, but inhabiting the same space as the performer – especially a personal favorite – creates an atmosphere mere technology can’t recreate.

Less obvious within the focus on the artists is the impact of lockdowns on supporting musicians and crew who don’t have access to the same mechanisms to supplement their income. One artist who recognized this situation and chose to do something about it is Bryan Ferry. The former Roxy Music singer recently released Live at the Royal Albert Hall 2020, an album recorded at the famous venue during the final shows he played before last year’s lockdowns hit. The proceeds from this recording, available both via Bryan Ferry’s website and from retailers, will benefit his band and crew members to help support them while concerts are on hold.

In addition to this worthy purpose, the new release provides an interesting bookend with last year’s release of Live at the Royal Albert Hall 1974. Recorded on Ferry’s first solo tour – though accompanied by some members of Roxy Music who were still together at this point – the older show leans more on his interpretations of other artists’ songs than his own material. Aside from Ferry’s first solo song, “Another Time, Another Place,” and “A Really Good Time” from Roxy Music’s album Country Life, the repertoire ranges from 1930s standards like “Smoke Gets In Your Eyes” to compositions by Smokey Robinson and Brian Wilson.

That kind of set-list might have confused some fans at the time but is in keeping with an approach that manifested in Roxy Music’s early years and Ferry still articulates in his more recent work. Writing about the singer’s solo debut, These Foolish Things, Rolling Stone’s Dave Marsh observed that, “Ferry views pop as a kind of continuum, extending through all sorts of Tin Pan Alley and Brill Building craftsmanship and incorporating visions as radical as Dylan’s and as banal as [Lesley] Gore’s. Within such a sensibility discerning what deserves to be dismissed as “trash” and what deserves elevation as ‘art’ is not a simple problem.”

Rather than making an arbitrary distinction between eras of popular song, Bryan Ferry treats songwriting and interpretation as aspects of an evolving tradition. One where Willie Nelson or Goffin and King stand alongside Jerome Kern and Cole Porter. Where the older recording emphasizes the work of the predecessors he’s embraced throughout his career, the 2020 show focuses on his own contributions to the tradition. “Dance Away” doesn’t have the same mainstream familiarity as “Don’t Worry Baby,” but both convey the tangible sense of yearning that informs so many great pop songs.

Other than song choices, the key difference between the two performances is embodied by the title of Ferry’s 1999 collection, As Time Goes By. The 1974 show is the work of a man in his twenties, prepared to make other peoples’ songs his own. Conversely, the recording from last year reflects a much older man who inhabits his own songs with authority though not the same power he once held. While the low-key delivery fits certain songs very well, particularly “Avalon” and “Your Painted Smile,” he’s clearly leaning more on his backup singers in others, such as “Same Old Scene.”

That said, Ferry is clearly in control from the opening song, “The Thrill of It All,” and this band is as good as any he’s had since Roxy Music. Collectively they make the songs sound faithful to the original versions yet still very much alive. By the time the Roxy Music classic “Editions of You” closes the album in a raucous yet refined style, the singer’s rationale for releasing the 2020 performance is even clearer. Beyond the simple decency of wanting to help those who work for him, the artistic motive for keeping the ensemble together is quite obvious.