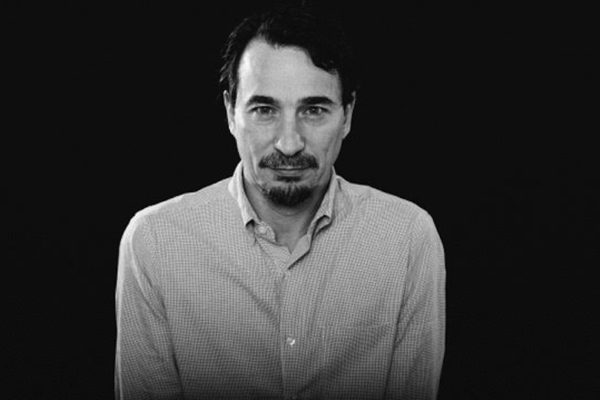 As someone who’s been nominated repeatedly for a Shorty Award — the Emmys of social media — Izzy DeBellis definitely has mastered the art of creating content that can catch fire in a world already supersaturated with images. (His AX #dressedfor for Armani Exchange in 2013 and his BMW M5 YouTube campaigns show a versatility that stretches from fashion to the auto industry.) As the mastermind behind CultureSonar’s signature swag, he spoke with us about his process as well as the music that sometimes fuels it.

Q: The Lou Reed-esque “Hair of Rock” silhouette used on some of the products looks fresh and iconic. How many different musicians did you have to go through before you stumbled on this one?

A: We looked a lot of different musicians from the ’60s to the ’90s and hair is very clearly one of the most powerful and simplest ways to communicate your identity. We borrowed a little bit from Dylan, Bowie, Keith Richards and a bunch of other rockers who didn’t own a comb.

Q: Is there a contemporary band that strikes you as exemplifying the power that comes from marketing a succinct image?

A: Bands seem to be more about partnerships today versus a simple icon image plus they constantly reinvent instead of being the same thing. Saying that, I think Chance the Rapper and his number 3 is an example of an image for today.

Q. Do you listen to music when you work?

A: Yes! The great part of being part of team/studio is that we all get a chance to share our backgrounds musically — so the mix can start with Talking Heads and move to The National to Clem Snide and Snail Mail.

Q: Are there any other quotes besides the T.S. Eliot one — “Music is what feelings sound like” — that you could imagine on future CultureSonar products?

A: We would love to create more quotes and we would love to hear from our fans on their musical quotes. [Feel free to leave your favorite in the comments section below.]

Q: What are some of the most interesting campaigns you’ve worked on outside of CultureSonar?

A: I have worked on a range of interesting brands, I spend a year going to Japan working on a Coca-cola product called Georgia Coffee. I have worked with Bill Murray on a camping for the NBA and created a campaign for the launch of Jay Z’s fragrance.

PS. Check out the CultureSonar shop to see more of the products that Izzy DeBellis has designed.