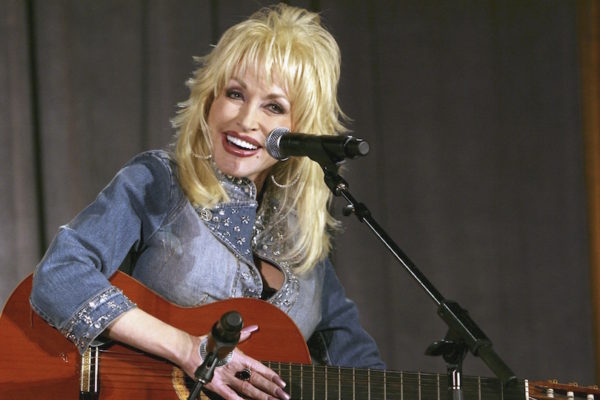 You’ll find many willing to argue that The Beatles were the greatest rock n’ roll band ever. And who are we to disagree? But it’s worth noting that their music’s popularity isn’t restricted to the world of rock. Country music artists have a long history of paying tribute to the Fab Four and there are compilation albums out there to prove it: Come Together: America Salutes The Beatles, Yesterday: A Country Music Tribute and The Beatles, Pickin’ on The Beatles Vol. 1 and 2. There’s even a Spotify list of John Denver signing The Beatles! Who else takes on the canon? Below are five memorable takes on some Beatles classics.

Bobbie Gentry’s “Eleanor Rigby”
One thing you can definitely say about Gentry’s version of “Eleanor Rigby” is that it somehow sounds even more quintessentially ‘60s than the original. Shaving off the initial chorus, country music’s early great portraitist launches write into the song’s narrative about “all the lonely people” in a laid-back, effortless manner that gets its coloring from a trippy electric organ before the strings kick in with Bond-like drama.

Dolly Parton’s “Help!”
Like Gentry, Parton makes her imprint felt from the start, this time with a simple plaintive delivery of the intro that quickly transitions into a knee-slapping, feel-good hillbilly hoe-down. As the reigning queen of countrification, Parton can reinvent just about anything within her twangy, heartfelt delivery. (Check out her “Stairway to Heaven” if you don’t believe us.) And while you may consider banjo-picking and The Beatles as contrary things, Dolly’s here to change your mind about that.

Johnny Cash “In My Life”
The Man in Black is hardly the first singer to cover this ballad. Rod Stewart has a version. So do Judy Collins, Bette Midler, James Taylor, and Ozzy Osbourne. Even Sean Connery recites the damned song. But only Cash will not have you missing Lennon’s original, impeccable delivery. What Cash’s weathered, sometimes quivering voice introduces is the vulnerability of age. There’s a poignancy here that suggests that this was the last song worth covering in a career that reinterpreted plenty.

Reba McEntire’s “If I Fell”
When Reba wowed Broadway audiences with her Irving Berlin interpretations via Annie Get Your Gun, she glissando-ed all over the place to winning effect. For this Beatles love song, she reins in that tendency for a fairly straightforward approach that’s incredibly easy on the ears. Think of it more as pop rock with Southern roots cleaned up for a British audience. After all, this rendition was performed for a live audience during a BBC tribute to the Fab Four back in 2000.

Waylon Jennings’ “Norwegian Wood”
He’s a key member of the Outlaw Country movement. Did you really expect him to serve up a traditional interpretation on an album called Nashville Rebel? Imitation has never been Jennings’ style so you can be sure he’s going to find a way to make anybody’s song his own. How does he do it? By hammering the sound deep into old school folk, then singing with almost Elvis-like intensity.

Willie Nelson’s “One After 909”
Willie is no stranger to The Beatles. He’s also put his stamp on “Yesterday” and “Something” – as well as Lennon’s “Imagine.” But this take on “One After 909” – with its infusion of harmonica — has the strongest honkytonk feel, that’s a nice complement to the roots rock vibe that typified its inspiration. The song is credited as being the first of the Lennon-McCartney collaborations and dates back to 1957. So you could say it’s roots Beatles.

PS. The Beatles have also inspired plenty of movies.  Not to mention, Beatles books.

4 comments on “The Beatles Go Country”