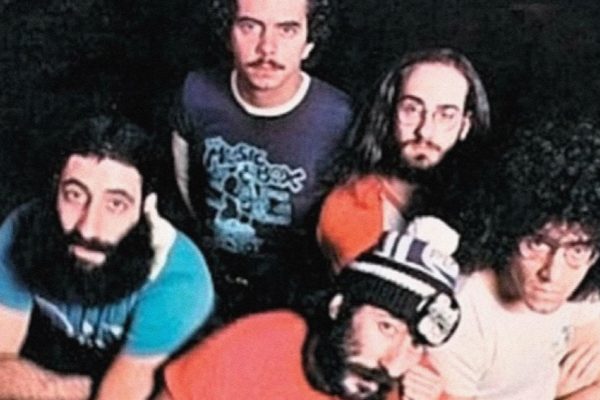 Jem Records, founded in the 1970s, scored major success by importing albums such as The Who’s Direct Hits and Cheap Trick at Budokan. This was a label that thrived as a music distributor with guerilla marketing, foresaw the potential in The Rocky Horror Picture Show soundtrack and had a discerning ear for spotting new acts. One of the bands that recorded under Passport Records — which Jem distributed — was The Good Rats — the bar band to end all bar bands, that opened for Kiss, Rush, Journey, Bruce Springsteen, and even The Grateful Dead. Jem’s co-founder Marty Scott took some time to reminisce about the golden days of both the label and The Good Rats, then got us up to speed on new cuts coming out of Jem Records today.

Q: How was Jem Records formed?

A: Jem started originally in 1970 when I started to sell records in the dorms of where I went to school, Franklin Marshall, and then I got my two boyhood friends Ed Grossi who was at Wesleyan University and Jeff Tenenbaum who was at Cornell to sell them in their dorms. It did so well, I decided that I’m not going to law school. I’m going to start a record company. Before we actually started as a business, we went to Europe on a trip after we graduated college. There was a record out in England that you couldn’t get in the United States called The Who’s Direct Hits. And I said, “wait a minute, if I want this record, there must be other people that want this record.” So I said, “let’s buy these records and bring them to America.” And it grew and grew and grew until we were the largest importer of records in the United States.

[amazon template=right aligned image&asin=B00000IK8Z]Q: How did you come to discover The Good Rats?

A: By the end of ‘74, I had started to sign American artists. We did the records at The House of Music which is a studio in West Orange, New Jersey. There I met The Good Rats. They made a great record (under the Passport Label and produced by Flo and Eddy of The Turtles) From Rats To Riches. It got good airplay. It started to sell. But it was distributed by Arista. Now the problem with Arista was that it was not exactly a label that catered to alternative rock.

Q: Their live shows are the stuff of legend. Can you tell us a little about them?

A: If you’ve never seen The Good Rats live, they were a pretty unique band. They were basically fans of their own band so to speak. They knew all the fans and the fans loved them. But they were probably the ugliest band to ever grace a cover. Peppi Marchello had his beard one way. His brother Mickey, it was almost like his head was upside down. He was bald on the top with this huge beard on the bottom. Joe Franco, the drummer, was the only photogenic guy, you know. They could have been roadies. And Peppi would be up there with his baseball bat smashing a garbage can lid to get the crowd going. And at a certain time in the show, they would get out the rats, these rubber rats that the fans would clamor for. You would think that some pop idol was sending out T-shirts or something, and they would throw these rats at the audience.

Q: What are some of your most notable memories from The Good Rats’ concerts?

A: So Passport is going to have a convention. Now all records have conventions in places like Las Vegas, Florida, or LA but this is Passport. We’re a small label, so we’re going to hold it in Piscataway, New Jersey, and the show’s going to be closed by The Good Rats…Well, Peppi decided to do something different that night. The head of Arista, Clive Davis, is sitting there in the audience and Peppi starts throwing every plastic rat at Clive’s head, and I’m in the audience. I’m cringing thinking, “Oh God, this is the end.” But that was Peppi. They were very different in terms of how they thought of everything, because they were so huge in some places and unknown in others.

Q: Any particular recordings of theirs that stood out to you?

A: We decided to do a live record but only for radio. It was called Rats The Way You Like It. It was a promo live record. You could only listen to it on the air which was kind of unique back then but everything I did, I did to be unique at Jem: in-store airplay, boxes at the counter to sell import singles. We were the only record company to have our own section in the store. We did displays that were on the floor. Even the ubiquitous Jem sticker. Everybody says, “My god, you had the first brand.” I said, “No, we were just doing it because it was cool to do. There was no such thing as ‘branding’ back then.”

Q: Why do you think The Rats never broke through into the mainstream?

A: They didn’t necessarily make hit records. They were just good records. There was a big difference back then, you know? They were just great players and Peppi was an amazing singer. Nobody else sounded like that. They did great shows…I think one of the main reasons that I left Arista or Passport and took it back and had Jem start to distribute was that they played the Academy of Music and during the show Mickey climbed to the head of a stack of speakers on the left side 30 feet in the air. Peppi climbed up the stack on the right side, and the crowd was going crazy. The next day, I was talking to Arista and they said, “I don’t get it.” And I said, “That’s it. If you don’t get the excitement of this band live and what they’re doing, what’s the point?”

Q: And what is the story of Jem’s resurrection just a few years ago?

A: I restarted it in 2013 when Richard Barone and I were talking the other day and he asked me to appear in his documentary being done on the25th anniversary of his Cool Blue Halo record. I had lunch with him and he started talking about this unreleased Bongos record. And I said, “How can this be? I signed you after the Bongos broke up and you never told me that and that was 27 years ago!” So I restarted Jem and we put it out.

Q: What else do you have coming out?

A: Right now we are in the midst of working on the Weeklings second studio album. They’re like forensic Beatle-cologists. They’re the ones that found all these rare Lennon-McCartney-Harrison songs that no one ever recorded. They were the number two rated song on Little Steven’s Underground Garage. They have a residency at the Cutting Room. They’re quite amazing and you should definitely get into them…There’s a new record I’m coming out with on April 21st by a brand new band called Brenyama and it’s a band from New Jersey, a husband and wife, and they’re a real cool power pop garage band. In May, I’m coming out with an album by the Bayonets. That is Brian Ray’s (guitar player for Paul McCartney) band. In July, I’m putting out the debut album by this amazing power pop band Summerdale. In the fall, I’ll have a new album by The Anderson Council. I’m always looking for new things.

PS. For more on The Good Rats and other great bands like them, check out our posts The Bar Band Hall of Fame and Your 10 Favorite Bar Bands.

1 comment on “Just How Crazy Did It Get with The Good Rats?”