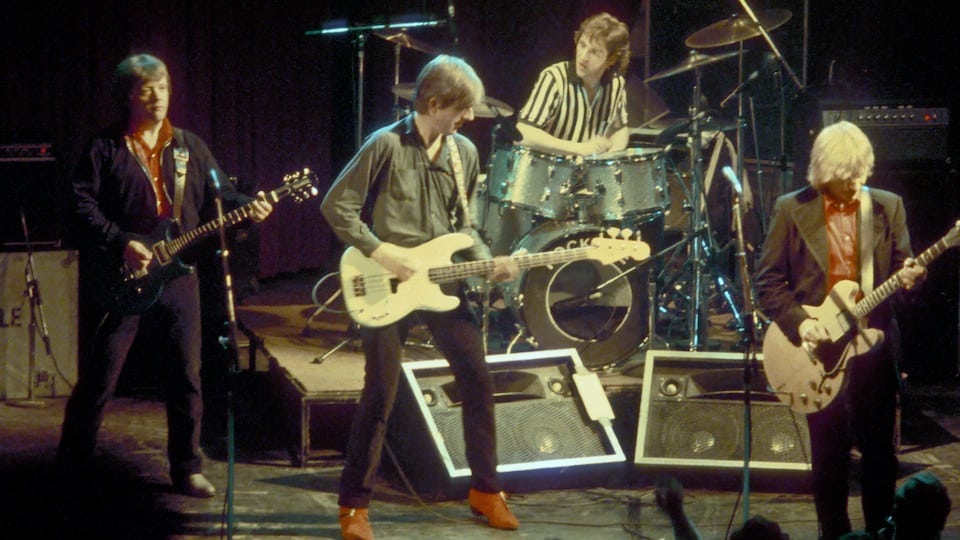 Say what you will about the demise of music on the radio, it’s still a pretty good way to stumble across something unexpected.

Cruising down the highway not long ago, flipping channels along the way, I encountered a tune, “I Remember You,” by The World Famous Headliners. I hadn’t ever heard of the band, but there was something familiar – Old School even – about them.

It turns out the Nashville-based outfit is fronted by Big Al Anderson, the killer guitar player and songwriter from NRBQ – a cult band whose most popular incarnation attracted a passionate following through the 70’s, 80’s and early 90’s. The group never really broke through to the big time, but it chugged along for decades based on its good-time vibe and monster musicianship.

At heart, NRBQ was a great bar band. It got your heart pumping and your feet moving with unpretentious, deceptively simple songs – and a huge repertoire including lots of tasty covers.

This got me wondering about other groups, especially from that era, that were, or at least could have been, great bar bands. The criteria include not taking themselves too seriously; a fondness for danceable, hooky songs; an ability to change directions on the fly; and a sense that the band members themselves might be found at said bar at the end of the evening.

In other words, I mean “bar band” as a high compliment.

With that in mind, please let me nominate two other groups as charter members of the Bar Band Hall of Fame.

Let’s start with Rockpile. The band recorded just one studio album under its own name, 1980’s Seconds of Pleasure, but it backed its two frontmen, bassist-songwriter Nick Lowe and archivist-guitarist Dave Edmunds, on several of their own solo records.

The band is a direct descendant of the UK’s “pub rock” movement of the ’70s, so calling them a bar band is not a stretch. And suffice to say that the members, at least at that time, knew their way around a pub.

But, more to the point, Rockpile rocked — in a rootsy-rockabilly-balls-to-the-wall way that anyone who saw them would never forget.

Back in the States, Los Lobos picked up the roots-y vibe and added Mexican flavor. They started the way most local bands do, when two music nerds, David Hidalgo and drummer Louie Pérez met at Garfield High in East L.A. According to an interview with the Chicago Tribune, the two bonded over eccentric artists like Fairport Convention, Randy Newman and Ry Cooder. Pérez recalls, “We’re looking at each other, ‘You like this stuff? I thought I was the only weird one.”

One thing led to another, and before long the band, which now included classmates Cesar Rosas and Conrad Lozano, were grabbing studio time at night – working around their day jobs – and playing any kind of gig they could get.

True to Bar Band form, they earned their biggest hit with a cover of Ritchie Valens’ “La Bamba,” but fans know that the band’s output is far deeper and wider than that. They are road warriors, too, touring constantly and earning a 2015 nomination to the Rock and Roll Hall of Fame.

No matter how complex their tunes get, you can usually hear the beating heart of the local band beneath the rock star veneer.

It’d be easy to add lots of others to the list, like the E Street Band and Creedence Clearwater Revival – whose breakup was basically a bar fight – who spawned countless bar band imitators of their own. And we didn’t even touch on country and its honky-tonks, or the African American chitlin’ circuit. In other words, this seems a great opportunity for you to connect with us and nominate your own favorite bar bands.

P.S. Click here to see the top ten bar bands according to our fans.

48 comments on “The Bar Band Hall of Fame”