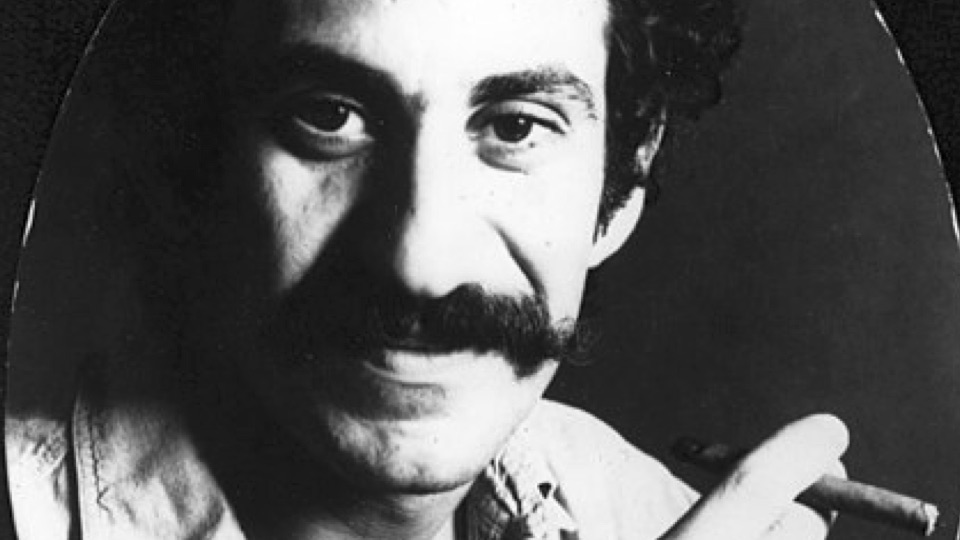 When 30-year-old Jim Croce perished in an airplane crash in 1973 (along with co-guitarist Maury Muehleisen and five others), he was just peaking as a folk-rock superstar. Another unbearably poignant detail? He was ready to quit the madness of the road and settle down with his beloved wife Ingrid and toddler son, “A.J.” Croce thought he had played his last public performance in a smallish venue in Natchitoches, Louisiana – a gig he’d booked a year prior for $750, before he became a big name, one that he intended to honor nonetheless.

Croce had an expressive face overtaken by enormous liquid eyes that held reserves of gentle humor, wisdom, and ineffable sadness. His was the face of a working-class man who had toiled for years in greasy dives playing the music he loved. He took side jobs to support his family – gritty gigs he used for the needed cash and, more importantly, as inspiration for the colorful characters he evoked in his songs. His music hovers somewhere in the folk/soft rock/roots genres, but he’s best known for his soulful melodies and clever lyrics. He was a musical raconteur telling stories of marginalized folks, allowing us to see them through an empathetic lens.

Embrace these Jim Croce tracks again. Dive in and enjoy their bluesy magic.

A song of aching sweetness about a broken heart and the slow crawl towards acceptance, from the 1972 album You Don’t Mess Around With Jim. The narrator is trying to reach out to an ex-girlfriend who left him for his best friend. He converses with a telephone operator, asking that she connect the call so he can let them know that he too has moved on with his life. This proves impossible when his tear-blurred vision prevents him from giving the correct number. His kindness towards the anonymous operator befits a man who did not deserve his cruel romantic fate. This melodic tear-jerker contains quaint elements: the use of a telephone operator, the discussed dime for the call, the scrawled digits in a matchbook. But the human situation remains fresh and relatable. Croce took his inspiration for this tune (which peaked at #17 on the Billboard charts) from his days in the service, seeing fellow soldiers queueing up at the communal phone to verify the “Dear John” letters they received.

A funky addition to the 1974 LP I Got a Name, this track peaked on the charts at #32 and remains a favorite. It also features some maestro-level guitar work. Originally saddled with the lengthy title “I Got Them Steadily Depressin’ Low-Down, Mind-Messin’ Workin’ at the Car Wash Blues,” it’s the tale of a guy who, recently sprung from jail, thinks he’s ready to rule the world and become a cigar-chomping, sexually harassing CEO. Life has different plans for him, and the poor bastard dons his rubber suit and works in a car wash, dolefully walking home in his “soggy old shoes” as he bemoans the injustice of it all. Croce infuses this anti-hero with an oddly endearing quality; it’s a cool song about a lovable loser.

Croce was known for writing his own quirky songs, but this life-affirming track is an exception; Norman Gimbel and Charles Fox created it, and Croce gave it his own unique spin. It was released one day after his fatal plane crash, cementing Croce’s legacy. Inside the gorgeous melody is a tale of a man who has been through tough times but has emerged proud, grateful and ready to move forward. With lyrics such as “Like the fool I am and I’ll always be/I’ve got a dream, I’ve got a dream/They can change their minds but they can’t change me”, “I Got A Name” eloquently celebrates the human spirit. It was used to stirring effect in movies including The Last American Hero, The Ice Storm, and Django Unchained.

A bouncy earworm from the 1972 album of the same name, “You Don’t Mess Around With Jim” is a stellar entry in the pantheon of Croce’s colorful badasses. With quiet glee, he tells us the fate of one such doomed felon. The lyrics are classic:

“You don’t tug on Superman’s cape/ You don’t spit into the wind/ You don’t pull the mask off the old Lone Ranger/ and you don’t mess around with Jim.”

Turns out (spoiler alert!) that the hulking menace gets his comeuppance from the beleaguered “Slim,” but not before we’re shimmying our way through the rest of one of Croce’s most enduring hits.

Possibly Jim Croce’s best-known and most-beloved song, it hit #1 on the Billboard charts for a week and ranked as the #2 song of 1973. It was his glorious parting gift, sheer boogie-woogie perfection. Another track that pays heed to a brute who meets a deserved retribution at the hands of a wronged man, this jazzy confection sounds as wonderful today as it did in ‘73. Croce’s lyrical descriptions of Chicago bully Leroy Brown as a “treetop lover,” “badder than old King Kong” and, most memorably, “meaner than a junkyard dog” has mugged the guy in perpetuity. Croce was singing about karmic revenge, but he was also sketching out the type of man rarely acknowledged as a muse. And Croce did it with his trademark menschy wink. A masterpiece.