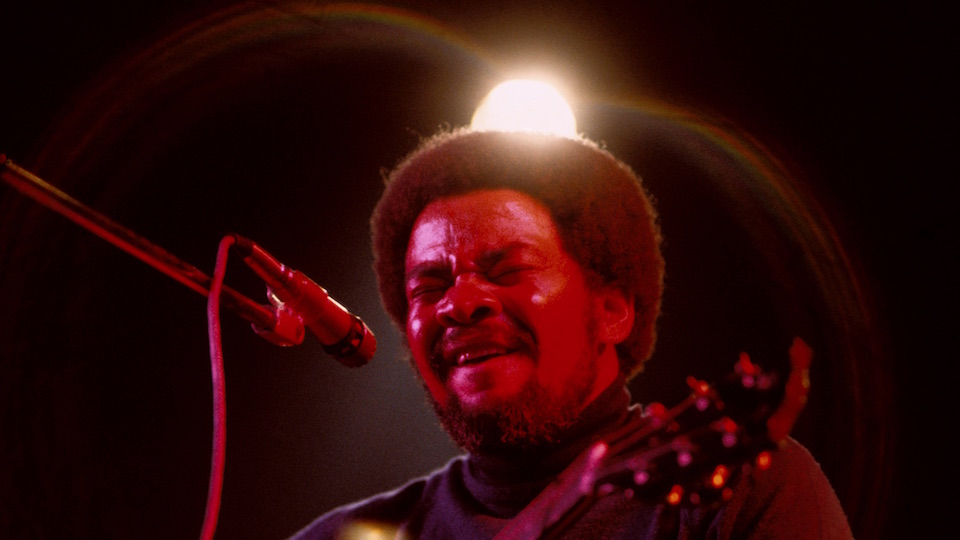 R&B legend Bill Withers has a voice that can be both as light as a summer breeze (“Lovely Day”) and so deeply soulful (“Lean on Me”) it can leave your heart in tatters. It’s a voice that knows the struggles of growing up in the working class mining town of Slab Fork, West Virginia, and toiling away in factories manufacturing airplane parts. (A job Withers held even when his first hit song, “Ain’t No Sunshine,” was climbing the charts.)

Though he mostly abandoned the music business following battles with Columbia Records over his 1985 album Watching You Watching Me, Withers left behind a wealth of classic songs that won multiple Grammys, earned him a place in the Rock and Roll Hall of Fame, and inspired covers from everyone from Mary J. Blige to Dr. Evil. While pretty much every song in his brief catalog could make this list, here are ten stunning Bill Withers tunes that easily rank among the best soul and R&B music ever recorded.

Withers channels gospel on this moving song from Live at Carnegie Hall. Inspired by meeting a Vietnam War vet, Withers sings about the one-armed soldier who needs help writing a letter to his family. Hauntingly capturing one veteran’s experience, the tune has inspired an excellent cover from John Legend, and Questlove of The Roots.

The 1977 album Menagerie finds Withers in a lighter mood, offering up breezy tunes like this flamenco guitar-flavored one which is perfect for slow dancing with your sweetheart; the lyrics swoon with passion while the music transports you to a warm, romantic dream world.

Related: “Marcus Miller’s ‘Laid Back’ Sure Is Bursting With Soul”

This lilting, melancholic track off of Withers’ debut album Just as I Am taps into those late-night emotions that creep in whenever our thoughts turn to ex-lovers. The way Withers holds the bittersweet note on the chorus is chill-inducing, particularly on the solo acoustic rendition from his Live at Carnegie Hall album.

Though he excels at penning odes to romantic devotion, some of Withers’ best songs relate to feelings of jealousy and paranoia. Here, over a snaky groove, Withers croons the loaded question in this song’s title to a (possibly) unfaithful lover.

Withers drew from the strong community ties in his hometown of Slab Fork, West Virginia to pen this iconic tribute to how we all need somebody to lean on. Building on a piano progression inspired by the church choirs of his youth, Withers’ voice soars as he sings the classic line “just call me with you need a friend.” The song topped the Billboard charts twice – first with the soulful 1972 original and again in 1987 thanks to Club Noveau’s funky, reggae-tinged take, which also earned Withers a Grammy.

Withers and saxophone great Grover Washington, Jr. make sweet music together on this romantic ode to sticking together through thick and thin. A standout track from Washington’s Winelight album, the song became a huge hit on the Billboard charts and scored Withers yet another Grammy. The song’s enduring success is further proof that Withers can bring the same heart to mellow pop R&B that he does to soaring soul ballads.

Withers honors all the many ways his maternal grandma’s hands soothed him with this touching track. The lyrics may be heartbreaking, but the groove is so bouncy, it was sampled years later for the ‘90s New Jack Swing favorite “No Diggity.” Only Bill Withers could have you shedding a tear on the dancefloor.

The haunting lyrics of Withers’ first hit song (“Ain’t no sunshine when she’s gone/only darkness every day”) encapsulate the bleak feelings that come from being without the one you love. Withers was inspired by the doomed, alcoholic couple in the 1962 film Days of Wine and Roses to pen a song that has scored many a weepy break-up ever since.

The windy groove of this tune from Withers’ 1972 release Still Bill gave the singer a number two hit on the Billboard charts. The lyrics take a similar twisty path, presenting a relationship in which the protagonist’s friends and family urge him to get out of a relationship where they feel he’s being used. But instead of a kiss-off, the song turns into an acceptance of being “used” — and of being a user as well.

This wedding day staple avoids treacle by building to an epic, astonishing note that Withers holds for a whopping 18 seconds. Co-written with ace R&B songwriter Skip Scarborough (“Giving You the Best That I Got”), “Lovely Day” has become one of Withers signature tunes, inspiring multiple renditions and popping up in numerous soundtracks and commercials. To borrow a line from the great Bill Withers himself, the world is all right with us whenever we hear his gorgeous voice.