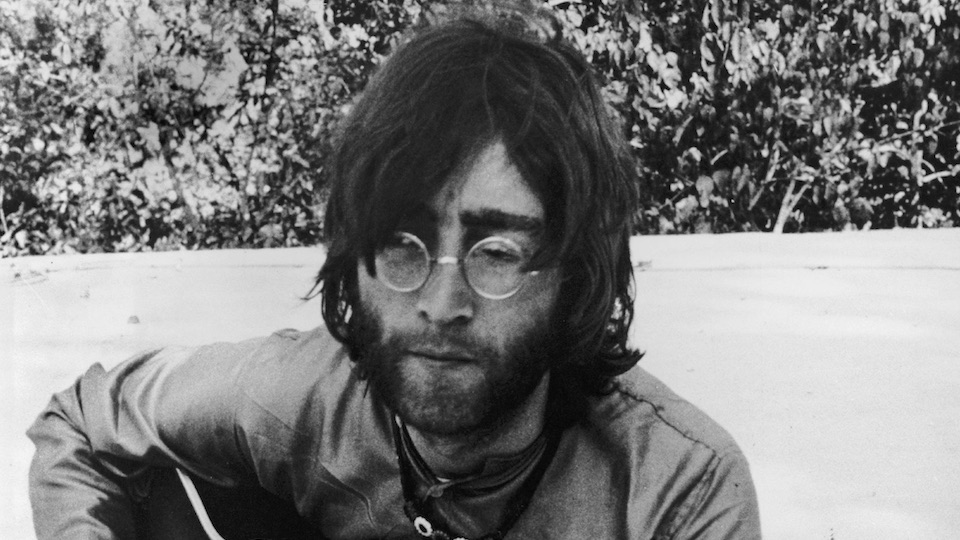 When one hears the moniker, “The Spiritual Beatle,” thoughts naturally turn to George Harrison. Jude Southerland Kessler, the author of The John Lennon Series, suggests we might consider another Beatle as well. [Editor’s Note: the author’s footnotes have been removed here for easier readability]

When John Lennon was nine years old, he stood in the presence of God. Or so he told his Aunt Mimi shortly thereafter. Walking into the Mendips kitchen, young John coolly informed his aunt, “I’ve just seen God.”

“Oh,” his aunt took the news with equanimity. “What was he doing?”

“Oh,” Mimi returned, without a hint of surprise, “I expect he was chilly.”

And that was that. No grand to-do. No amazement. Just the facts. It was, quite simply, the first of many spiritual encounters that John Lennon would routinely experience during his 40 years on earth.

Of course, over the next few years John and his mates, The Beatles, were so enveloped (engulfed, more like) in earthly matters —such as writing, recording, filming, touring, interviewing, and performing —that they were far too busy for matters of a spiritual nature. In fact, when interviewed by Playboy in October 1964, they claimed to be agnostic, if not atheist. But in 1965, on the set of “Help!”, George was given a book on Hinduism and tentatively began dipping his toe in the stream of faith. John, too, began searching for some meaning to life deeper than money, power, and fame…all of which he found vacuous and hollow.

John was never a fan of “organized religion,” especially after the Woolton Parish Church, to which his family had belonged during the 1940s and early 1950s, ousted the boy — and his aunt and uncle as well — for John’s childish, unruly antics and bold thievery of the harvest altar grapes. But John was never anti-faith. In fact, the search for life’s significance and his own role in the universe was John’s lifelong pursuit.

Believing God to be the absolute absence of all pain and sadness, John aptly informed us in his early solo work, “God”: “God is a concept by which we measure our pain.” And mimicking the rabbinical tendency to repeat phrases key to one’s teachings, John went on: “I’ll say it again. God is a concept by which we measure our pain.” This was rather profound philosophy for a wounded man struggling through the hostile break-up of The Beatles. And in the song that follows, though John vehemently denies his belief in anything other than himself (and in later versions, Yoko), it’s interesting to note that he opens the song clearly acknowledging the existence of a divine being and explaining the nature of that Supreme Presence.

On the 1974 Walls and Bridges LP, John recounted yet another mystical occurrence. In a dream, John tells us, he met two spirits dancing and calling his name, whispering the phrase, “Ah! böwakawa poussé, poussé!” A compelling encounter, this supernatural meeting affected John so profoundly that he transformed it into the song, “#9 Dream.” John was ever open to the world beyond this world, and many of his solo songs hover around that theme.

Nowhere, however, was Lennon’s all-embracing faith expressed as profoundly as it was in “Across the Universe,” one of John’s least-heralded but most reflective works. In his 1980 Playboy interview with David Sheff, John admitted that this song was written in the waning years of his first marriage, after a quarrel with his wife, Cynthia. John said, “I was lying next to her in bed, y’know, and I was irritated. She must have been goin’ on and on about somethin’, and then she’d gone to sleep, and I kept hearin’ these words over and over, flowing like an endless stream. I went downstairs and turned it into a sort of cosmic song, rather than an irritated song.”

That night, John scribbled: “Words are flowing out like endless rain into a paper cup.” This vivid image — the virtual downpour of myriad words into an impossibly tiny receptible — threatens to overwhelm the listener, as it did John. An excess of phrases splashes about madly. And as we stand, transfixed, they start to gain momentum and “make their way across the universe.” Evocative of poet Carl Sandburg’s poem, “Primer Lesson,” Lennon skillfully depicts the proud autonomy of one’s declarations. He cautions us that, once spoken, words — infinitely independent — can (and will) stomp away, refusing to be called back.

This image is both potentially lovely and frightening, depending upon the words one has uttered. Positive, instructive, or encouraging phrases making their way, unchaperoned, is an uplifting concept. But the thought of cruel or wounding expressions “slithering wildly” away poses hideous possibilities. With a masterful economy of verbiage, Lennon presents both scenarios.

And words, John goes on to suggest, are not our only problem. Thoughts, too, are unmanageable. “Thoughts,” he sings, “meander like restless wind inside a letterbox.” Instantly, we recall our own unsettling feelings, rattling, rumbling and “tumbling blindly” (another superb Lennon line) inside the hollow, metal, letterboxes of our minds. This eerie illustration serves to remind us that John Lennon is far more than a commercial songwriter. He is an artist, poet, and the author of literary award-winning books.

“All true,” we shrug, “but what is Lennon’s solution for the autonomy of words and the vast power of our thoughts?”

His answer comes to us in a phrase that John heard in his head that night at Kenwood. Drowning in “pools of sorrow” over his failing marriage, he seemed to be given these words: “J’ai Guru Deva Om,” or “Victory to God Divine.” Indeed, John felt encircled by the ancient Sanskrit phrase. It filled him with a healing balm and held his mental demons in check. John told David Sheff, “The words…were purely inspirational and were given to me, boom! I don’t own it, y’know; it came through me like that. I don’t know where it came from…”

Although some claim that John first heard this phrase spoken by the Maharishi Mahesh Yogi, Lennon never fully embraced the teachings of the Maharishi. Adamantly, John refused to identify with any sect. And “Across the Universe” did not espouse a specific theology. Instead, Lennon’s lyrics remind us that above our meandering thoughts and endless words, God presides, offering “undying love that shines around us like a million suns, on and on, across the universe.” God is there, overseeing our “shades of life” and offering something clearer, better.

What John heard on the numinous night he penned “Across the Universe” was, he said later, exquisitely lovely. Unfortunately, however, he could never fully reproduce the magic on tape. In 2016, I spoke with EMI Engineer, Geoff Emerick, about the Let it Be version of “Across the Universe,” and Geoff said that John “really felt very strongly about the song, but could never find a way to translate that heavenly sound he heard in his head onto tape.” In all of its iterations, the recorded version of “Across the Universe” fell far short of what John was trying to convey, and sadly, he considered it a failure. Try as he might, Lennon could never recapture the mystical “music of the spheres.”

But this wasn’t John’s last brush with the Divine. In 1979, returning, once again, to the theme of life’s spiritual significance, John recorded the original songs “Talking With Jesus” and “You Saved My Soul.” He reconnected with Christian themes of his Woolton childhood, but with an adult’s angst and perception. John’s painful and often tragic life had, early on, forced him to quest for explanations. Those answers he now found in Something Larger than Elvis, Kennedy, Zimmerman, kings, and yes, even “John- and-Yoko.”

As Lennon’s long-time personal assistant, Fred Seaman, observed in 1984, “John was deeply religious, though in a most unconventional fashion. He viewed The Bible as a universal symbolic drama that was enacted daily in front of our eyes.”

Perhaps John’s spiritual nature is best codified “in his own write”: “The Maharishi,” John said, “was good for me, like anybody who has something to tell you that you don’t know enough about. He was no substitute for anything, though. There’s a lot of good in Christianity, but you’ve got to learn the basics, and the basics from the Eastern beliefs, and work them together for yourself…I’d like to be like Christ, in a pure sense…love is a great gift, like a precious flower or something. You have to…look after it…you have to protect it.”

John Winston Lennon as the mystical Beatle? Consider it; that is if the spirit moves you.

Photo Credit: February-March, 1968: John Lennon playing the guitar in Rishikesh, India where he was following a transcendental course with the rest of the BEATLES members. (Photo by Keystone-France/Gamma-Keystone via Getty Images)