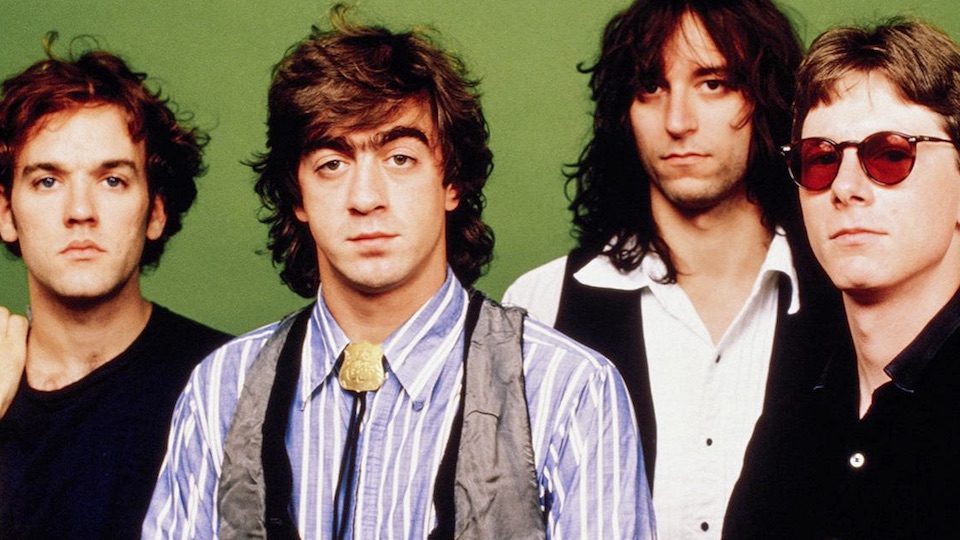 To paraphrase Beatles press officer Derek Taylor: being the “godfathers of alt-rock” carries with it certain responsibilities. When R.E.M. made the multi-million dollar leap in 1988 from gutsy, indie I.R.S. Records to Warner Brothers, there was some doubt as to whether they could maintain their artsy street cred under the aegis of a major label. But the band faced another existential dilemma in 1997 with the (amicable) departure of drummer Bill Berry, causing vocalist Michael Stipe, guitarist Peter Buck and bassist Mike Mills to radically reinvent themselves again. Warners’ 2003 compilation In Time: The Best of R.E.M. 1988-2003 proves that in their decade and a half with the label the band succeeded in not only staying true to their own artistic sensibilities but also raising the bar for a generation of indie/alt-rockers that followed. Craft Recordings’ double-LP reissue of In Time is an excellent document of a group who cannot help but be themselves, even if it means actually ceasing to be.

In Time is sequenced non-chronologically, randomly bouncing between pre-and post-1997 tracks. The sequencing underscores what Bill Berry and his earthy drumming brought to the band’s original sound; but like another three-letter-named band, XTC, the absence of a regular drummer caused R.E.M. to strive for (and achieve) greater artistic heights. The band embraced a wider sonic palette and a more textural, linear approach to their sound; the contrast is fascinating, between the potency of guitar-based rockers like “Losing My Religion” and “Orange Crush” and moodier, expansive tracks like “Daysleeper” and “All The Way To Reno.” 1996’s New Adventures In Hi-Fi (Berry’s final album) is represented here by two tracks: “Electrolite,” with its airy piano and violin, and “E-Bow The Letter,” which features a haunting vocal from Patti Smith. Elsewhere, pulsating synths drive the verses of 1999’s “The Great Beyond,” and “At My Most Beautiful” (from 1998’s Up, the first non-Berry LP) is an unabashed tribute to Brian Wilson sprinkled with sleigh bells and bass harmonica.

When In Time was initially released back in ’03, some die-hard fans were baffled at some of the song choices. Huge hits like “Shiny Happy People” and “Drive” were excluded, in favor of “The Sidewinder Sleeps Tonight” and two “new” songs, “Animal” and “Bad Day.” Personally, I never followed the band closely enough back in the day to form an opinion of them one way or another; I heard the ubiquitous hits on the radio but that was all. I did think “Stand” was the stupidest song I’d ever heard, but at the same time I loved that rhythm section whenever they got cooking, especially the relentless groove on “Pop Song 89.” And I always respected their integrity as artists, even if I didn’t dig everything they did. But I can tell you that Craft Recordings’ latest edition of In Time served its purpose: after soaking up all four sides I have gained a new appreciation for R.E.M., and my appetite has been whetted for more.

Inside the gatefold sleeve of the double LP, guitarist Peter Buck provides his own personal remembrances of each song; I laughed out loud in shock at Buck’s assessment of “Stand” as “without a doubt…the stupidest song we’ve ever written!” So now I’m hooked. In Time: The Best of R.E.M. 1988-2003 is a fine overview of R.E.M.’s storied Warner Brothers period and a fitting testament to one of America’s most enduring and influential rock bands.

Photo of R.E.M., circa 1987 (Chris Carroll/Corbis via Getty Images)