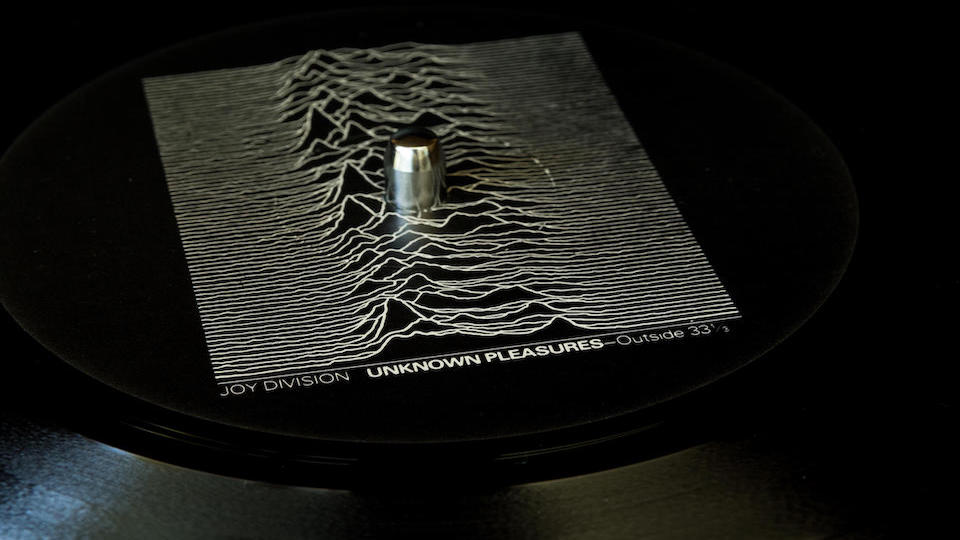 “In my head, I had Joy Division down as the next Clash,” bassist Peter Hook recalled. “And of course, we didn’t write music like The Sex Pistols or The Clash!”  Rather, Joy Division wrote probing, sophisticated pop pieces, gloomily swimming through minor chords and depraved choruses. They only completed two albums against their seventies Manchester backdrop. And yet, whenever Hook has toured those songs, the haunting lyrics, piercing bass parts and angular rhythms sound just as fresh as they ever did. Their 1979 project Unknown Pleasures is worth another listen – because it holds up.

Control, a band biopic overseen by the surviving members, featured The Killers covering the seminal “Shadowplay.” That some of their fans were up in arms over Brandon Flowers’ cheerier vocal style showed how important the downbeat milieu was for Joy Division’s image. It worked, capturing the ennui of European and American teenagers. Joy Division proved to be a band as influential as The Velvet Underground, The Cure, Suede, and Radiohead.

Related: “The 10 Best Radiohead Songs You May Have Never Heard”

Such was the raw purge through “New Dawn Fades.” It found itself featured in a key scene as Al Pacino chased Robert DeNiro in the film Heat. The magnetism from the steely “She’s Lost Control” proved a center point for the comedy 24 Hour Party People, inviting viewers to immerse themselves in the laconic vibe. The honesty of frontman Ian Curtis compelled Irish rocker Bono to replicate it. Behind it all, Bernard Sumner plowed through his six-string with the energy of a rock god, making Unknown Pleasures as much a “punk” as a “post-punk” record.  On the follow-up (Closer), keyboards swim in sonics, fused with Stephen Morris’ metric playing. It would suggest that Joy Division might well have sounded like New Order had Curtis lived beyond the heartbreaking age of twenty-three. As such, Unknown Pleasures is a unique entry point, plugged into the band’s live antics.

Curtis’s idiosyncratic lyrics and manic choreography ensured that  “Transmission” was a 1979 watershed moment, and the band found themselves the signees of Tony Wilson’s Factory Records. With Martin Hannett, the band had a producer who could re-create the band’s spacey pyrotechnics on record. “There was a lot of space in [Joy Division’s] sound,” Hannett admitted. “They were a gift to a producer because they didn’t have a clue. They didn’t argue. A Factory Sample was the first thing I did with them. I think I’d had the new… delay line for about two weeks. It was called ‘Digital’. It was heaven-sent.”

“Disorder,” a piercing opener, shuffles from Morris’ walloping drum intro to a funk piece based on a dismal world. Caustic rocker “The Only Mistake” pre-empts Manic Street Preachers by a decade. “I Remember Nothing” is delightfully hypnotic in acoustics. The biblical parable ‘Wilderness’ is a glorious exercise in free-jazz drumming. Hook takes to the microphone on “Interzone”, swapping a confident delivery with Curtis’ ghostly harmony (although he doesn’t sing on the record, Sumner had the most pleasant voice of all, as soul-rocker “Getting Away With It” displayed in the eighties). “Day Of The Lords”, perhaps the most commercial sounding track, is a beautiful elegy of the depraved a remarkable achievement for a band in their early twenties.

As Hook predicted, the songs sounded nothing like London Calling or Never Mind The Bollocks. Instead, it was a debut more frightening, more visceral, more transient and more tempered than either of his favorite bands. The cold calculative chills of a Manchester in black and white silhouettes caught on aural drama, a legacy that overshadowed any subsequent works.