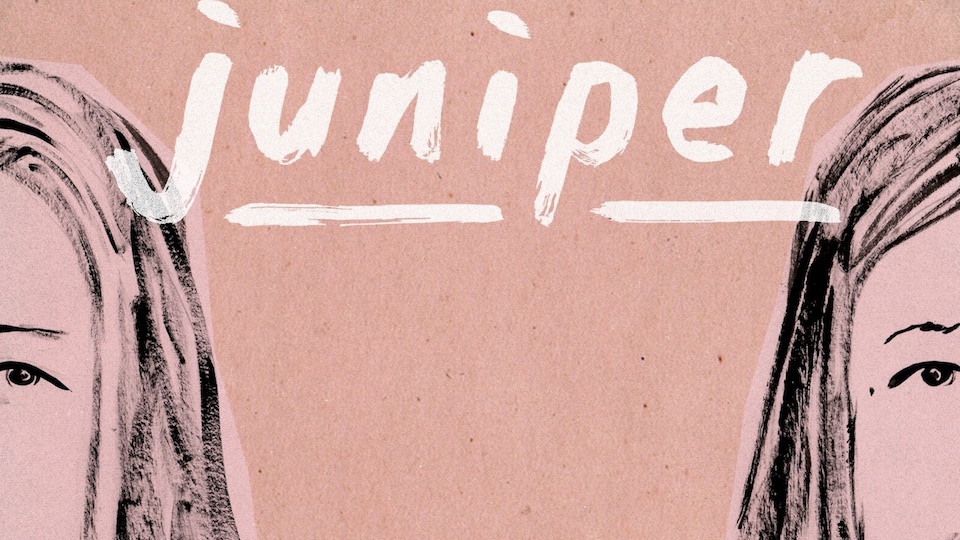 There have been some memorable father-daughter collaborations through the years: Frank and Nancy Sinatra, Nat King and Natalie Cole, Billy Ray and Miley Cyrus, Frank and Moon Zappa. You won’t hear sentimental (or snarky) duets on the self-titled debut from 15-year old singer Juniper Shelley and her dad—musician, songwriter, and WFMU DJ Michael Shelley—but you will hear a catchy mix of 60s and 70s-inspired pop. Due out June 1st, the disc features contributions from the elder Shelley’s famous friends, including Marshall Crenshaw, Ira Kaplan (Yo La Tengo), Kim Shattuck (The Muffs), and Dennis Diken (Smithereens). I chatted with Juniper and her dad to find out how it all came about.

CultureSonar: I love the line “all the kids in the cul de sac wouldn’t like The Beatles if they came back” from “Kids on My Corner.” Juniper, are you a Beatles fan? If so, early or late Beatles?

Juniper Shelley: I think I prefer the early Beatles, but mostly because of the suits they wore (laughs).

CS: So it’s partly a fashion thing. That’s cool. And dad: I’m assuming you’re a Beatles fan, too; that the influence carried over to your daughter?

Michael Shelley: We listen to an unusually broad mix of music in the house, but yes, The Beatles, to me, are the number one band ever. Although they’re so ubiquitous now it’s almost taken for granted. I wrote that line because I thought it was interesting that maybe the newer generations don’t even know who the Beatles are.

CS: I’m curious to know where your tastes intersect and/or diverge.

MS: Well, I really like NRBQ, Robbie Fulks, Fountains of Wayne and Nick Lowe. I think Juniper likes a lot of those bands. She once told me Fountains of Wayne was her favorite band ever. So, that’s something she got from me, I guess. But we’ve always encouraged her to listen to her own thing, and I never would have heard a minute of Taylor Swift’s music if it hadn’t been for her. She likes Billie Eilish and … what are some of those boy bands you like?

MS: Yeah, One Direction, those kinda things. For her, that’s something that, well, there’s not a huge Venn diagram—

JS: Yeah, no intersection there (laughs).

MS: We both really love The Beach Boys. Juniper loves The Zombies. We both love 70s AM radio stuff. Juniper is the front person, but the vision isn’t entirely hers. There’s a bit of a strange feeling that these are someone else’s words in her mouth.

CS: Do any of the situations come from real life. Is there really a Chad, who “lives in the bad part of town in a tumble down house with no parents around” (“Everybody’s Got a Crush on Chad”)?

JS: I don’t think Chad is based on one specific person, but it is based on me coming home and telling him things—complaining about things—and then Chad is created as a kind of a mesh of all these people I’m talking about.

MS: I think there was one kid I was visualizing; the kid who wore shorts to middle school graduation. There are these kids who are sort of bad, but everyone likes them. That’s a very sort of mysterious part of adolescence.

CS: Whose idea was it to make the record?

JS: We’ve made a lot of Christmas songs together—“Here Comes Santa Claus” and that kinda thing. One day we kinda said, “We should do one that’s not a Christmas thing.”

MS: Then I wrote “Boys! Boys! Boys! Boys!” We really just did it for fun. The reaction to that was eye-opening. We didn’t think it would make it outside of our friends and family. And so we said, let’s make a record. And I thought, well, I can’t write enough songs from the perspective of a 14-year-old girl. So, that’s when we asked friends to help.

CS: One of those friends—the late Kim Shattuck, from The Muffs—co-wrote “Put Your Eye Out” with Lisa Marr from Cub. Did Kim get to hear the finished version before her untimely passing in October of last year?

MS: Kim and Lisa wrote that just for Juniper in June 2019. And I knew then that Kim was sick, but had no idea of the extent. I did send a rough mix to Kim, and didn’t hear back – and now I know why. She’s definitely one of my influences and favorite songwriters, and I asked her and Lisa separately, so was thrilled they got together to collaborate. We’re honored and moved by it.

MS: Yeah, all the guitar solos … almost none of them are me.

JS: Though, he does play guitar very well.

MS: I played most of the guitar on the record, but I didn’t want myself to play the solos … just to have different flavors, you know?

CS: I understand “Boys! …” got some spins on Rodney Bingenheimer’s radio show and on Sirius XM’s Underground Garage. Juniper, what has the reaction been from your peers?

JS: I’ve definitely shown it to a bunch of my friends and they like it a lot. A lot of them are surprised. The airplay on the radio was very exciting for me!

MS: “Surprise” is the right word. The way that record just pops out and clobbers you over the head. People were just surprised. It’s a song that everybody liked right away. I feel very lucky that Juniper and I don’t hate each other and don’t have some weird cliche relationship. We kind of like hanging out and making each other laugh and playing music together, and it’s just been a total pleasure.

Juniper is out June 1st on Confidential Records