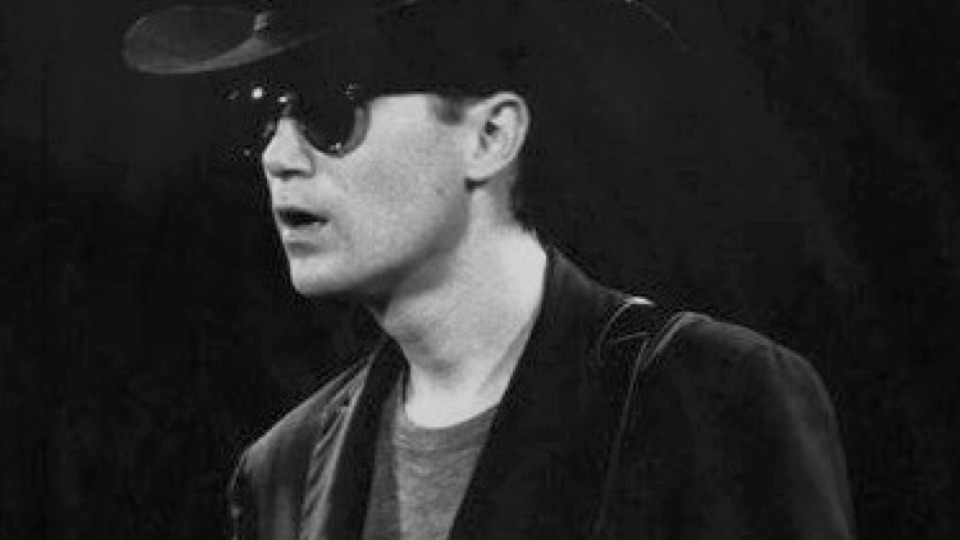 Marshall Crenshaw is probably best known for his breakthrough hit “Someday, Someway,” one of the songs featured on his brilliant self-titled 1982 debut album. That record, an instant classic, featured eleven original power-pop gems, as well as a killer version of the Arthur Alexander tune “Soldier of Love,” which had previously been covered by none other than The Beatles. While subsequent releases didn’t gain the high visibility of that amazing debut, Crenshaw has continued to write and record, amassing an essential collection of superbly crafted pop/rock songs. He’s gathered a loyal cadre of fans and followers (myself among them) who continue to enjoy his ongoing releases. Crenshaw appeared in the films La Bamba (as Buddy Holly) and Peggy Sue Got Married, and authored a very cool book on rock and roll movies entitled Hollywood Rock. He also co-wrote (with Jesse Valenzeula and Robin Wilson) the Gin Blossoms huge hit “Til I Hear It From You.“ I could pick any number of songs from his impressive catalog to give you a Marshall Crenshaw primer, but here are some “under the radar” gems that you should check out.

Crenshaw’s debut single, released in 1981, features all the hallmarks of his later work; shimmering guitars, lighter-than-air vocals, and a knowing sense of rock and roll songcraft. This one just cries out to be spun on the turntable at your next rockin’ dance party and needs to be played loud.

Crenshaw’s sophomore release, Field Day, is fondly remembered by his fans for the should-have-been a bigger hit “Whenever You’re On My Mind.” That song has become a staple of Crenshaw’s not to be missed live shows. This Steve Lillywhite-produced LP is chock full of catchy tunes, including this guitar-centric tribute to the aftermath of weekend partying. How can you not love a song where you get to hear Crenshaw call out for the key change at the instrumental break?

I’m Sorry (But So Is Brenda Lee)

This Ben Vaughn-penned tune from Crenshaw’s third release, Downtown, features an introspective, expressive lead vocal. The song charts the aftermath of a break-up while name-checking Brenda Lee and her hit “I’m Sorry” along the way. The album (like many of Crenshaw’s records) is a criminally underrated disc, containing terrific tunes like “Little Wild One” and “(We’re Gonna) Shake Up Their Minds.”

Related: “Pop Songs That Have Shape-Shifted”

Calling Out For Love (At Crying Time)

Co-written with producer Don Dixon, this plaintive number from 1987’s Mary Jean and 9 Others features top-notch backing from Crenshaw’s brother Robert on drums and Graham Maby on bass. Another remarkable set of songs, this album also includes the excellent “A Hundred Dollars” and “Somebody Crying.” It’s a recurring refrain in Crenshaw’s career, but with so many outstanding tunes, just how is the supremely talented Crenshaw not a bigger star?

You Should’ve Been There

From Good Evening, originally released in 1989, this emotional entry regretfully recalls a relationship that didn’t quite come together. Not many people can write love songs that perfectly chart both the highs and lows of love as well as Crenshaw. Good Evening also features some cool cover tunes, including fine versions of The Bobby Fuller Four’s “Let Her Dance” and Richard Thompson’s “Valerie.”

Someplace Where Love Can’t Find Me

Speaking of covers, Crenshaw absolutely knocks it out of the park with this exuberant take on a John Hiatt tune that’s also among the tracklist on Good Evening. It’s a transcendent, joyous version of this excellent song. Crenshaw obviously has marvelous taste in music, based on the fine selection of songs that he chooses to remake.

Life’s Too Short from 1991, showcases this exhilarating track, which has a strong vocal performance and some killer guitar work from Crenshaw. The album has a tougher edged sound than some of his other releases, but it suits the material in this case. Other standout tracks include “Better Back Off” and “Delilah.”

This lovely, expressive song was written by Crenshaw way back in 1979 but ended up being recorded and released on the 1996 album Miracle of Science. The enjoyable disc also has a cover of the late Grant (Husker Du) Hart’s wonderful tune “2541,” which is another staple of Crenshaw’s live performances.

Another great song, this one can be found on the 1999 release #447. It’s yet one more must-have record that’s loaded with undeniably hook-filled songs like “Television Light” and “Glad Goodbye.” Check out this superb live version of the song, with backing from the supremely talented Rich Pagano on drums and John Conte on bass.

Grab The Next Train

Crenshaw has moved away from the traditional album format in recent years, releasing digital EPs (and occasional vinyl releases) of his new material. This 1960s-inspired tune is the title song of a 2015 EP, and it clearly illustrates that he’s lost none of his gifts for creating memorable pop/rock songs.