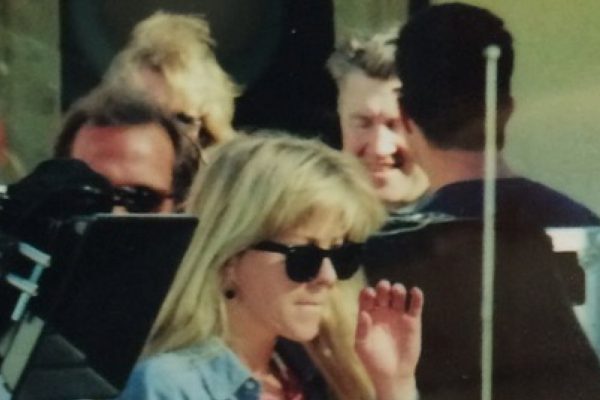 Who killed Laura Palmer? That was the question haunting Twin Peaks viewers in the early ’90s. And while actress Dana Eskelson might not know the answer to that burning question even all these years later as the David Lynch series returns to Showtime, she does have the distinction of having been the stand-in for actress Sheryl Lee, who portrayed the show’s pivotal character in the movie spin-off Fire Walk With Me. Eskelson, whose career went on to include films with Jodie Foster (The Brave One), Kevin Costner (The Company of Men) and Sidney Poitier (To Sir With Love, Part II) reflects on those early days on set many years ago in this CultureSonar exclusive.

I was living in Seattle doing theater and had just gotten my first agent. The first audition I was sent on was for David Lynch’s Twin Peaks: Fire Walk With Me. It was for a one day job as a nurse. I was friends with Sheryl Lee — we called her “Charlie” — having met doing theater in Seattle. We were the same height and weight and both blondes and I was the hugest David Lynch fan, I idolized him, so I told the casting director that instead of auditioning for the role, even thought it meant I would not appear on film, I would love to be Charlie’s stand-in. I said, there was nothing I’d rather do more than be on set every day watching David work and learning from him and this was the greatest opportunity to study film acting I could have ever imagined. The casting director told me to look into the camera and speak to David and tell him what I just told her. I did, and got a call a couple days later that I would be Charlie’s stand-in.

It was a long shoot and I spent every day (all day/all night) on set and I couldn’t have been happier. Not only was I learning how to pace yourself as an actor on set by watching Charlie prepare for scenes, but I was watching David Lynch make a movie from start to finish and spending all day watching his process. To say the set contained a sustained sense of magic is an understatement. I will not speak of the specifics but can only say that daily, things would occur that felt mystical and otherworldly, and they were all orchestrated by David’s genius and carried out by his loyal and hard-working crew. It remains one of the happiest sets, in all departments, that I’ve ever been on.

There were a couple of times, in long shots of Laura Palmer in a car or on the back of a motorcycle, where I was her body double, but it held far less meaning to me than the education I was getting by watching. After we wrapped, I went on my second audition as an actor and booked Past Midnight, playing Rutger Hauer’s wife in flashbacks. The experience on Twin Peaks: Fire Walk With Me gave me the confidence to now be in front of the camera and I will forever be grateful to David for that.

I have a teenage son with a very advanced film palate and I decided to show him the Twin Peaks series. He became just as obsessed with it as I had been. A couple of years ago we went to Seattle to visit my father who lives there on a boat, and I surprised my son by taking him on a tour of all the locations we filmedFire Walk With Me at, including the iconic waterfall and the diner. When we entered the diner, there was a huge wall covered in hundreds of snapshots the locals had taken of the days of filming Fire Walk With Me. To my surprise, I saw photos of myself on set as well. I had never seen them, nor had I taken any photos myself during shooting. As I looked at all the photos, I was immediately transported back and remembered viscerally every single moment. And then I saw it: a single snapshot of me standing near David behind camera and we’re all smiling. I have no words for the amount of love and gratitude I feel for him.

Ironically, I just wrapped a movie with writer-director-actor Josephine Decker that was the culmination of a two year project. It was A strange and odd and not always linear experience and during shooting, sometimes things would suddenly align in ways that reminded me of the experience of Fire Walk With Me. I am still seeking what I’ve always sought and what I found on the set of Fire Walk With Me: Magic.

0 comments on “I Was Laura Palmer’s Stand In”