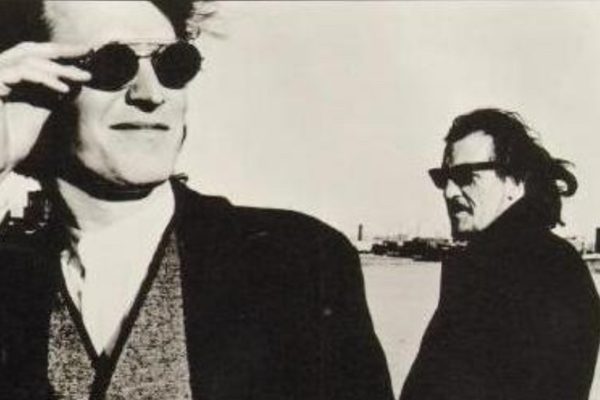 Following Steve Winwood’s high-profile 1969 foray into Blind Faith, he had begun sessions for what was supposed to be a solo album for Island Records, tentatively to be called Mad Shadows (later to be used as a title for a Mott The Hoople LP). A handful of tracks were cut, by which time Winwood had called in Jim Capaldi and Chris Wood for moral and musical support. The unfinished business that Traffic had became obvious, and the trio officially reunited at the dawn of 1970.

The resulting album, John Barleycorn Must Die, was a bold and stylish resurrection that brought the group back to prominence in a very big way. Produced by Winwood, the group hit all the bases with a record that can easily be called definitive. Opening with the 10-minute medley “Glad”/”Freedom Rider,” the band snaked and swam through funk, classical, jazz and rock, creating an aural masterpiece that still sounds vital today. The simple, pastoral English folk of the title track fit in perfectly with the then-current Brit-folk resurgence spearheaded of the likes of Fairport Convention and The Pentangle. In short, John Barleycorn Must Die was a miracle of rejuvenation. The lengthy cuts and medleys played great on the new, underground FM radio stations, and as a vinyl statement, the release easily stood tall in the racks alongside Let It Be, Led Zeppelin 3, and Déjà Vu.

Following a couple of quick tours (accompanied by former Family/Blind Faith bassist Rick Grech), it was decided to expand the group, moving Jim Capaldi to percussion/front-man singer status next to Winwood, and adding Jim Gordon on drums and Rebop Kwaku on congas. The results were a multi-layered sound that more accurately captured the group’s studio adventures onstage. The Low Spark of High Heeled Boys followed in late 1971, and gave the band their biggest-selling record to date. The title track was a 12-minute opus that seamlessly brought funk, jazz and rock together; it can easily be called the band’s authoritative statement. “Light Up or Leave Me Alone” and “Rock & Roll Stew,” both with fabulous vocals from Capaldi, gave Traffic two unexpected hits. Also, in a pre-Dark Side of The Moon-era, it was considered one of the cleanest, finest-engineered albums of its day.

Traffic’s profile at the start of 1972 was at its height — but there was a price to pay. Substance abuse plagued at least half the band, and Gordon and Grech were replaced that year, even as the flautist/sax player Chris Wood had begun to have issues as well. In addition to this, Winwood was globetrotting and working like a maniac with what turned out to be an undiagnosed and lengthy bout with peritonitis.

1973 saw Low Spark’s follow-up, Shoot Out At The Fantasy Factory, a somewhat lower-key but ultimately rewarding record. There was a certain technical proficiency to the band now, which was occasionally at odds with their funky roots. This is readily apparent on the live On The Road album, a souvenir of the 1973 German tour. With this as well as Winwood’s health issues, the group was beginning to wind down, but not without one brave swan song.

Traffic whittled down to the original trio of Winwood/Capaldi/Wood, with Capaldi returning to the drums while adding an excellent Jamaican funk bassist, Roscoe Gee. The resulting album, When The Eagle Flies, ends up becoming the dark horse of the band’s recorded output, and one that begs for critical reassessment. In an interesting creative move, the group debuted several of the new songs whilst on tour, recording the rhythm tracks in the process on the Island mobile studio, later embellishing them in the studio. This captured a very fresh and organic dynamic, resulting in an album that stands proudly on its own.

The band officially ended in 1975, with Winwood clearly in need of addressing his health issues and Chris Wood spiraling deeper into substance abuse. (He died of pneumonia in 1983.) Winwood resurfaced with a hugely successful pop career in the’80s, while Capaldi similarly had continued success with a string of fine solo albums.

By 1994, Winwood was becoming increasingly aware of Traffic’s legacy, commenting that, “As time passed Traffic had begun to take on more meaning…” Winwood and Capaldi had sporadically continued their composing partnership over the years (they had remained very good friends), so it wasn’t really a stretch that Traffic resurfaced with a very proper “reunion” album, Far From Home, as well as a tour. Although the album feels more akin to a Winwood solo album, the powerful, rejuvenated songwriting consistently outshone much of his ‘80s catalog. The band added several other musicians (including Roscoe Gee from the class of ’74) and hit the road with a well-received tour captured on the excellent DVD, The Last Great Traffic Jam, bringing the band’s epic odyssey full circle in potent, appropriate fashion.

That was Traffic. Eric Clapton once described them as the British version of The Band, and their legacy is just as powerful (if not quite as well-known) as their Yankee cousins’. Therefore, their history deserves to be chronicled in a definitive box set. Certainly large swatches of their musical fabric have been included in various anthologies and reissues, but aside from the excellent two-disc deluxe version of John Barleycorn, precious little rare or previously unreleased material has crept out. What’s out there? At least an hour of extraordinary live BBC radio sessions from 1967 to ’70, as well as other outstanding live recordings have been in bootleg circulation. Rumor also has it that somewhere (Winwood’s vaults?) there is also a cache of tapes recorded at Traffic’s Berkshire cottage, circa ’67 and ‘68. We wait…

Photo: Fair use image of Winwood and Capaldi circa 1994 by Anton Corbijn.

PS. For a look at Traffic’s early years, check out our post A Short History of Traffic – Starting With Winwood (Part 1).

0 comments on “A Short History of Traffic – Reunions (Part 2)”