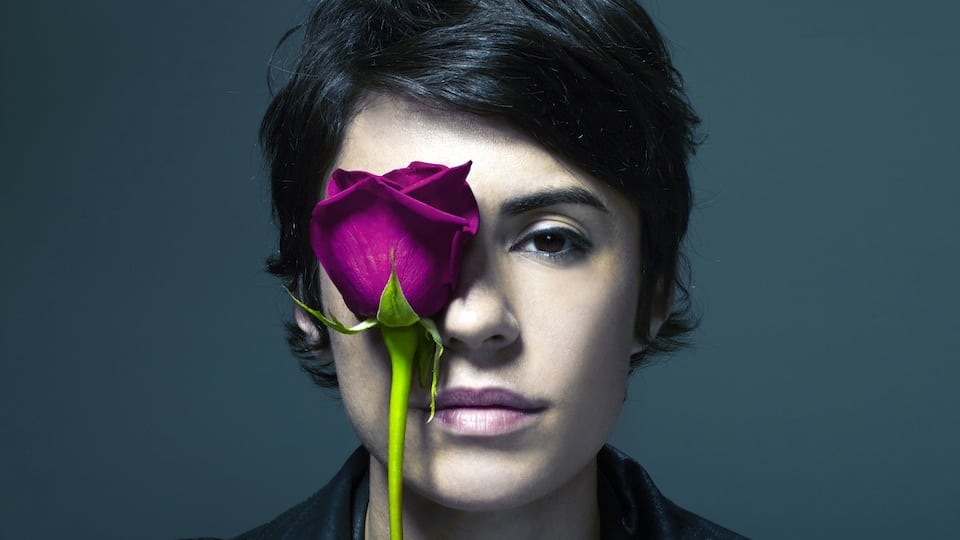 The sublime singer-songwriter Leslie Mendelson didn’t exactly disappear after her Grammy-nominated album Swan Feathers (2009). Her haunting voice pops up on a trio of Willie Nile albums, a pair of James Maddock LPs, and Kevn Kinney’s A Good Country Mile, among other places. But who wants to hear Mendelson in the background after hearing her front and center on her breakthrough record Take It as You Will (2005)? As her new solo release Love and Murder makes amply clear, she’s an artist who deserves the spotlight. So we’re handing over the mic to her to hear what she has to say on a variety of topics.

See Related Content: Leslie Mendelson is also on the tribute album A Live Celebration of Leonard Cohen which we covered last year.

Q: Some of your songs vividly conjure up places, both imaginary (“Jericho”) and not (“Coney Island”). Or is there a place that you haven’t been that you’d like to go for inspiration?

A: Berlin! I’ve always wanted to go there. It’s inspired some of the greats.. Bowie, Lou Reed, Patti Smith etc. Canada too… People say there’s something in the water there… Joni, Neil Young, The Band. I have always dreamt of drinking from that well! In the end though inspiration can come from anywhere. I’m from Long Island. Growing up there encourages an active imagination.

Q: Your new album has three covers: “Blue Bayou,” “Just Like a Woman,” and “Cry, Cry Darlin’.” Were there any other contenders that almost made the cut?

A: There are other covers that I do live like “Don’t Get Me Wrong” by The Pretenders, “Real Emotional Girl” by Randy Newman and “To Love Somebody” by Bee Gees that could’ve been contenders, but the ones that I ended up with on the record happened spontaneously and went with the overall mood.

Q: Your version of “Blue Bayou” feels so fresh, in part because you’ve turned it into a folksy duet with Bob Weir backed by only a guitar as accompaniment. How did you two come together?

A: Bob and I met a few years ago when I was asked to be a guest on his web series “Weir Here.” We’ve kept in touch though the years. Right around the time he started rehearsing for Dead & Co., I was working in a small room at TRI, his studio in Marin, California. At the end of the week when they were wrapping up, Bob popped his head in and heard me singing “Blue Bayou.” He told me it was one of his favorite songs and that we should record it. Later that day we went into the main room and laid it down. Two guitars and two vocals. I was thrilled that the song found a home on my record.

Q: Infinitely less nostalgic are original compositions like “Murder Me” and “Chasing the Thrill” in which a sense of self-destruction is counterbalanced by a delivery that feels assuredly in control. When you and your collaborator Steve McEwan create a song, do you intrinsically know how you’re going to perform it or do you experiment with radically different interpretations in the studio?

A: Both those songs went through various incarnations before ending up like they did on the album. There are at least three different versions of each… full band versions, rockier versions, softer versions but what we ended up with seemed the most relevant and cohesive at the time of recording.

Q: In the wonderfully demented “The Circus Is Coming to Town,” you say “maybe I’ve found my home” at the circus despite “the scary clowns” who want you to die and “a bull’s eye for trouble” on your head. If you were to join the circus, what might your talent be?

A: I cannot get my head around how people develop those talents. Contortionists, tight rope walkers, fire breathers…it’s all crazy. I think I’ll just watch. The circus freaks me out.

A: There is a semi-new artist that I’ve been turned on to recently who I love. I got the chance to see Phoebe Bridgers at a small club in LA. She got up to sing a couple of songs and she put a spell on the whole place. Her lyrics invoke a scene from a great independent movie.