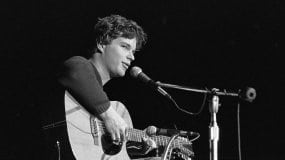 In 1958, guitarist John Fahey made his first recordings in his hometown of Takoma Park, Maryland. Combining the picking patterns of old blues 78s with the dissonance of classical composers such as Charles Ives and Béla Bartók, Fahey’s approach came to be known as “American Primitive.”  His style influenced a generation of guitarists looking to expand the boundaries of solo guitar. Craft Recordings’ The Thousand Incarnations of the Rose: American Primitive Guitar & Banjo and Guitar 1963-1974 gathers many of the best recordings from the earliest peak of what would evolve into “roots music.” It’s an excellent primer for listeners just discovering this inventive approach to traditional American instrumentation.

See Related Content: “The 10 Best John Prine Songs You May Have Never Heard”

“American Primitive” is true roots music — textural, emotional and evocative of open plains, sunsets, country roads and pioneers. It feels as if the players are enchanted by the music they’re making, even by the sound of the instruments themselves. There are no electronics, overdubs or studio trickery, just human fingers on metal and wood extracting a wide spectrum of tonal colors and harmonic combinations. This is “folk” in its purest sense: unpretentious, honest expressions of real people without any affectations, but with its own virtuosity. Traces of Celtic, Indian, and Arabic flavors can be heard, but this music is 100% American. The seventeen tracks featured on The Thousand Incarnations… feature Fahey and many of his prime disciples, including Leo Kottke, Robbie Basho, and Harry Taussig. These artists may not be household names, but Sonic Youth’s Thurston Moore, indie folk band Vetiver, and singer-songwriter Ryley Walker cite American Primitive as a key influence.

If you’re a newcomer to American Primitive (as I was), The Thousand Incarnations… — is the perfect place to start. The collection is available as a dual-LP set in a deluxe gatefold cover or as a single-CD soft pack. Compilation producer (and guitarist) Glenn Jones provides extensive liner notes in the accompanying booklet, including track-by-track analysis of all seventeen songs which include “Anyway,” “Water Verses,” and “The Portland Cement Factory at Monolith California.“ Seattle-based artist Drew Christie’s folksy cover art perfectly complements the sound and feel of this compilation, which is being released to coincide with this spring’s “Thousand Incarnations of the Rose” festival in John Fahey’s hometown of Takoma Park. The Thousand Incarnations of the Rose is a wonderful representation of a rich tradition of uniquely American music and a fine addition to any well-rounded collection.

0 comments on “American Primitive Has a Sound All Its Own”