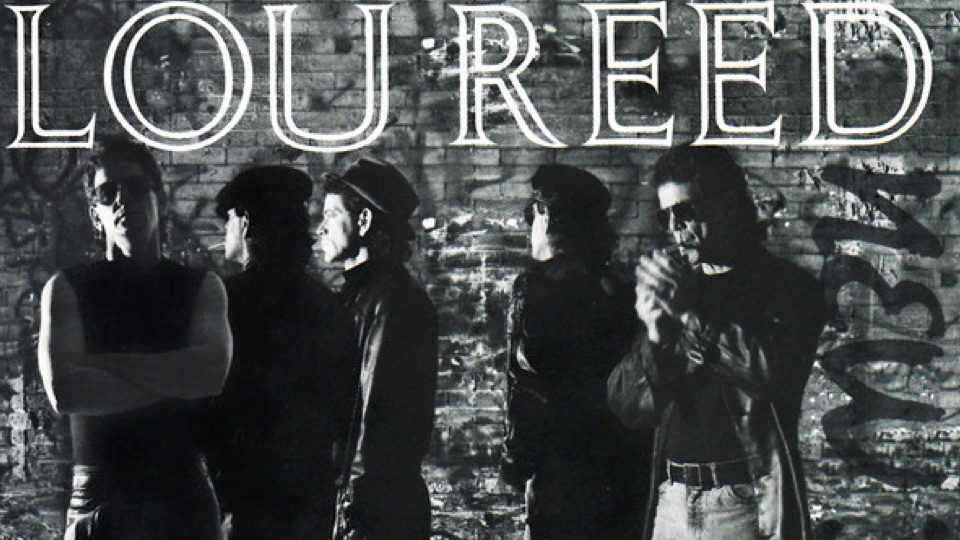 Lou Reed was that strange contradiction: a bona fide man of the world, yet one who never felt as comfortable writing about anywhere but his hometown. U2’s Bono recognized Reed’s attachment as one markedly similar to James Joyce’s and sensed that the frenetic New York streets channeled Reed’s creative muse as powerfully as Dublin did for the Irish scribe.

A new reissue of Reed’s 1989 album, New York, captures his love of the city in all its gross, gritty form (the single “Dirty Boulevard” is a prime example). Hailed as a return to artistic form by the ’80s music press, the album’s barebones approach showcased a more virile, honest man eager to transport listeners to his beloved town. Boasting three CDs, a two-LP set, and a DVD, this new box set continues the legacy Reed generously left the world, providing a sound and an outlook that was unique to Reed and Reed alone.

Everything Reed did was shaped by the New York way of life, much as it was for fellow Jewish writer/musician Woody Allen. Reed’s early years were marked by fury, anxiety, and an underlying penchant for panic attacks. Much as it was for The Beatles in Liverpool, music proved his salvation, leading Reed in later years to call rock ‘n’ roll his true God. He was naturally musical (Reed began his musical career as a backing vocalist for high school outfit The Jades) but it was his precocious abilities at songwriting that stood him best in his fifty-year career. And yet no matter who he played with, or whom he played to, there was never any doubt what city he wrote from.

As the late ’60s approached, Reed recorded his first batch of material with a ragtag quintet of musicians of varying quality. Schooled by Andy Warhol, the Velvet Underground sought to explore music as much as to produce it. The idea wasn’t to present powerful art but to preside in the emotion of the moment. Reed channeled that innate sense of being a loner in what is perhaps the most astonishing debut of the late ’60s. As the years progressed, so did the band, and they presented a range of work that frequently pushed the boundaries of popular music, but never at the expense of their listeners’ patience. Mercenary to the end, Reed’s interests ultimately lay in recording effortlessly commercial rock music, much to John Cale’s (the band’s more bohemian co-frontman) dismay. Creative disagreements frequently led to expressions of disquieted fury, but they never cost friendships. Even after the breakup, Reed opened his songs, ideas, and tours to the many people who had performed with The Velvet Underground (guitarist Doug Yule joined Reed for the dynamic Sally Can’t Dance tour; drummer Maureen Tucker guested with Reed on New York; Cale, eager to eulogize his most important mentor, joined Reed to record Songs for Drella in 1990.)

Beneath the idiosyncratic lyrics, choppy guitar licks, and daring array of outfits, stood a voice for the strangely unvoiced. He inspired a sense of greatness amongst those who bought his records. Chief among these growing fans was David Bowie. Decorating Reed’s aberrant songs with a more pristine polish, Bowie helped produce Transformer, the duo’s dazzling accolade of the steamier ’70s. Where Bowie traveled the London streets for inspiration, Reed’s mind turned to the allies, colleagues, and lovers he’d left on Long Island. Then there was Berlin, Reed’s most considered work, a chamber play dedicated to understanding the horrors heroin leaves on a young couple. Such was the reality of the work that many thought it written about the German capital itself. Reed, always happy to bandy a metaphor, intrinsically knew that it wasn’t.

For the remainder of his career, Reed unveiled an astonishing body of work, much of it brilliant, every bit of it intriguing. Reed unveiled an aural tapestry of guitar functions (Metal Machine Music), before returning to more conventional pop territory with the devastatingly romantic Coney Island Baby (much of it inspired by muse, and trans woman, Rachel Humphreys). Then there were the sonic textures Reed explored with singer-songwriter Laurie Anderson, a soundscape that stood admirably beside the more conventional rock numbers he recorded with Peter Gabriel and The Killers. And then there was Lulu, Reed’s bold adaptation of a Wedekind play, written in conjunction with the mercurial James Hetfield as assistant. Each album had its own identity, but whatever way Reed changed in public, he never lost sight of his homeland.

Reed left New York (and, indeed, the planet) when he died in 2013, but New York never left him. Behind all that brilliant, bold, often comic, music came a New Yorker whose reliable sense of place in life helped him push the parameters and boundaries of rock music.