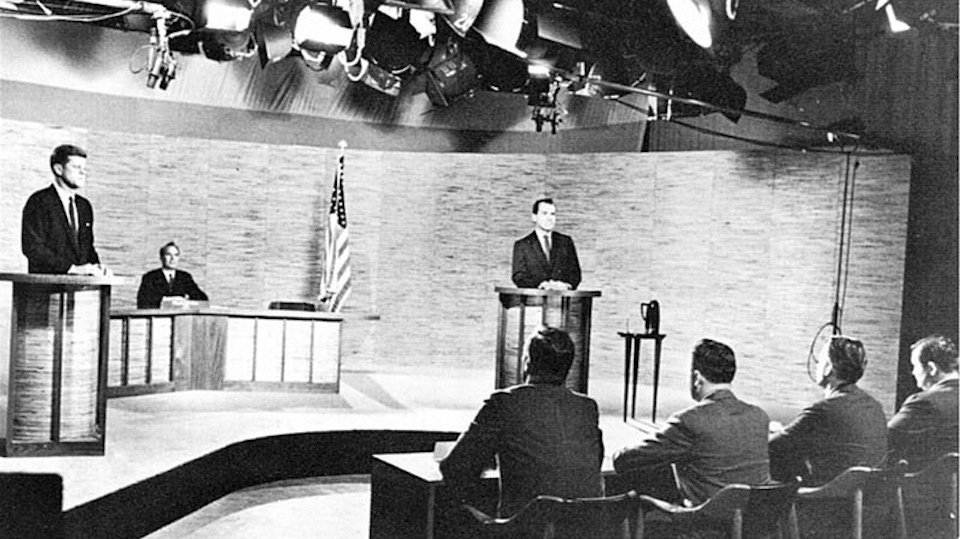 Whichever presidential candidate one supports, it would be hard to claim that the current election cycle has distinguished itself in the area of civility and substance. Such a contentious, hard-edged backdrop is an invitation to nostalgia for an era where the political was supposedly both more civil and more substantive. It’s equally an invitation to wonder if such a “golden age” ever actually existed. Producer David Wolper’s trio of TV documentaries, The Making of the President, doesn’t necessarily provide a definitive answer for either camp. Nonetheless, these films covering the elections of 1960, 1964 and 1968 are even-handed reminders that, however profound the disagreements, partisan politics need not always feel like a death-match. Each covers the campaign from its roots in the then-current political campaign and through the primaries to election night with a style that carries the viewer along with the story without getting in the story’s way. Though the Emmy-winning account of the 1960 campaign remains the most-acclaimed, the editions covering the elections of 1964 and 1968 feel particularly relevant to the current climate.

As with today, the presidential campaigns of 1964 and 1968 both reflected a nation struggling with questions of racial inequality and the role of government in addressing not just race but other issues as well. 1968 added the discontent sparked by a protracted war to the mix of concerns. It also added a candidate whose campaign, despite some significant differences, is echoed in some respects by that of Donald Trump: Governor George Wallace.

“George says it like it is,” declares the narrator, explaining the Governor’s appeal to working-class, white male voters who felt ignored by politicians and threatened by the changing status of minorities. While it might be unfair to draw too direct a parallel between the overtly segregationist Wallace and Donald Trump, it’s hard to deny that each drew at least some of their political strength from similar discontents and at least a facade of unvarnished honesty.

That many of the same issues and ideologies are with us today, albeit with new names and somewhat different shapes, certainly raises the question of how much social progress has actually occurred over the past five decades. Then again, it isn’t hard to imagine that anyone watching coverage of the current election cycle years from now may find themselves with much the same thought. For better or worse, the essential truth of the American system is that however volatile the cultural landscape may be, actual change is almost always incremental. Though not necessarily intended to convey that message, the films that comprise The Making of the President are nonetheless a reminder of that and another essential element of our system. In the 1964 installment, over which John F. Kennedy’s assassination casts a long shadow, the narrator offers the following thought; a reminder that while the American political system has tangible virtues, it remains only as good or as flawed as those who engage in it.

0 comments on “The Making of the President: A Trio of Political Docs”