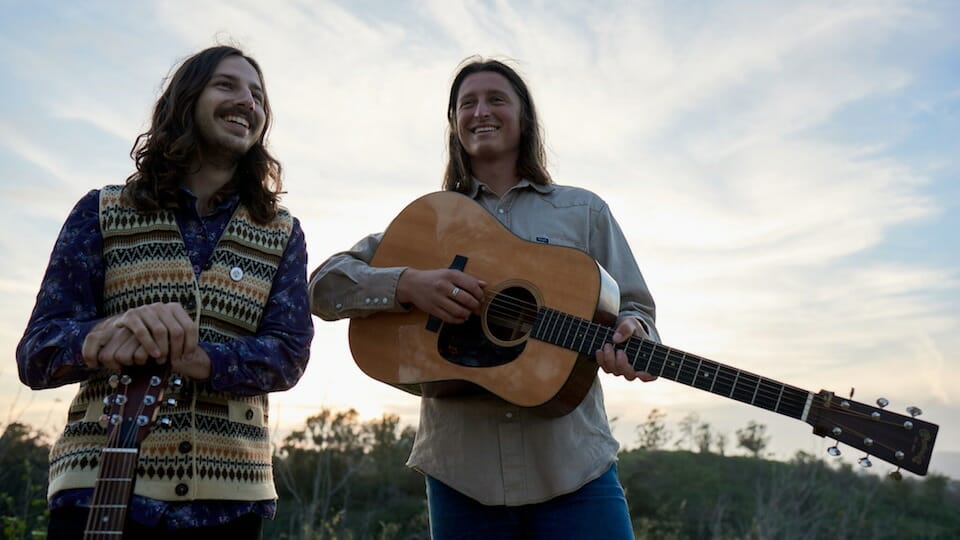 Some bands don’t take that long to “click.” Such appears to be the case with Mapache, the sublime SoCal folk duo of Clay Finch and Sam Blasucci who despite only being in their early 20s are already touring nationally and opening for the likes of Chris Robinson and Nicki Bluhm. This summer has been especially busy as the two have lined up a slew of summer concerts everywhere from the Brooklyn Bowl to Oregon’s Pickathon yet Blasucci still found a spare moment to answer some questions about their eponymous debut LP, their EP Lonesome LA Cowboy, and what this pair of harmonizing singer-songwriters have in common with their namesake animal.

Q: You can definitely hear the influence of Latin music in the guitar playing and harmonies of “Aquellos Ojos Verdes.” Can you name some bands South of the Border of which you are fans?

A: We love a lot of Bolero groups from Mexico especially Los Panchos and Los Tres Ases. We also love Los Tigres Del Norte and other Norteño groups as well.

Q: Is “Acquellos Ojos Verdes” your only song in Spanish? How different is it to write in another language?

A: We have other songs that we have written in Spanish but “Aquellos Ojos Verdes” is actually a song by Trio Los Panchos. Writing lyrics in Spanish is easier in some ways because since it is not our first language our vocabulary is not as complete as it is in English and that can make it easy to just come right out and say what we want to say instead of sifting through all the words we know in English.

Q: Most of your songs are duets except “Broken Down Cadillac.” If you were to sing one other song from Mapache as a solo which one might it be?

A: I don’t think we would sing any of the other ones solo to be honest. The songs tend to evolve naturally and “Broken Down Cadillac” just kind of evolved into a solo vocal melody but the others I think wouldn’t be the same with out the other vocal parts.

Q: Your most recent release, the EP Lonesome LA Cowboy, is a trio of tributes including the title song, The Louvin Brothers’ “Katie Dear,” and Tom Paxton’s “The Last Thing on My Mind.” Do you recall whether the first time you heard these songs, you heard them as covers or in their original forms? Are there other versions you particularly enjoy?

A: The first time I heard “Lonesome LA Cowboy” was off the needle of our good friend Brent Rademaker and it was the New Riders of the Purple Sage version. Peter Rowan, who wrote the song, also has a great version performed with Old & In The Way which I love a lot and is a little closer to the way we play it. “Katie Dear” I first heard by the Louvin Brothers. “Last Thing on My Mind” I first heard by Doc Watson. His version is a little different. He has that great little hi-hat groove in there.

Q: If you could have anyone cover one of your songs, who might that be?

A: It’s pretty insane that anyone even listens to our songs ever so anyone that wants to cover one would make us smile for sure. But I am a big fan of Dave Rawlings so if he even listened to a song of ours I’d be real happy.

Q: Last question: What attributes do you feel that you personally share with the raccoon? (“Mapache” is Spanish for “raccoon.”)

A: Ya know we both come out at night and dig through your garbage… eat your dog’s food.