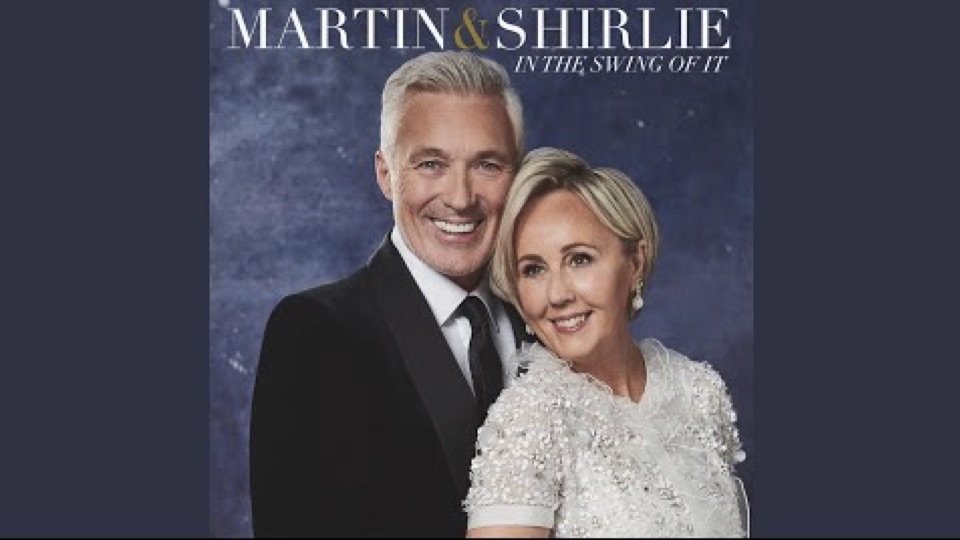 A majority of rock and rollers, pop stars and other entertainers, get married, have kids and live a good portion of their lives on the road. However, once the bright spotlight fades, the concert tours slow and the kids grow up and leave the family nest. Then what? Well, these symbols of stardom become like every other ordinary parent on the planet and struggle with Empty Nest Syndrome. Thus it is for Martin Kemp.

Kemp gained fame during the 80s New Romantic Era as a member of Spandau Ballet while his wife Shirlie Holliman enjoyed success as a backup singer for Wham and as part of singing duo Pepsi and Shirlie. To help cope with their own personal empty nest syndrome, the couple has returned to the studio and recorded an album, In the Swing of It, just released by Sony Music on November 22. Kemp has described the project as “a new child to look after, a new baby that’s come along later in life” now that their daughter Harley Moon, 30, and son Roman, 26, have left the family home.

The 58-year-old bassist considers this latest project with his wife to be one of his favorite experiences in life. Kemp credits Holliman with coming up with the songs, the album’s title and gushes about how lovely it is to be able to bounce back off your best mate. Other songs include “‘Nice Work If You Can Get It” and “Fly Me to the Moon.” The album also features two tracks written by their daughter Haley Moon.

Married for over 30 years, the pair were introduced to each other by the late George Michael who happened to have been their children’s godfather. Prior to that, Holliman dated Michael’s Wham partner Andrew Ridgeley. Regarding the married couple’s first date, George Michael came along for the fun and Kemp confessed to spending the entire night trying to get rid of him. Two kids later, and after Shirlie helped nurse Martin back to health following surgery for removal of two brain tumors in the ’90s, the Kemps are off to a fresh new start.

On the new album, Kemp recently stated, “When we sing those love songs together, there is a truth behind it. For Shirlie and I, the words actually mean something, there is a spark there which is what got everyone excited.” His wife added, “I feel happy when I listen to this music. I hope people dance and sing along to the album when they are in their homes, doing the cleaning or cooking the Sunday roast.” Spandau Ballet bandmate and Martin’s brother Gary Kemp promotes the album on his website, adding that he’s proud of the loved-up couple and is amazed by their old school swing music.

Cheers to Martin Kemp and his wife Shirlie for getting back into the swing of things. There certainly is life after the kids are grown and gone.