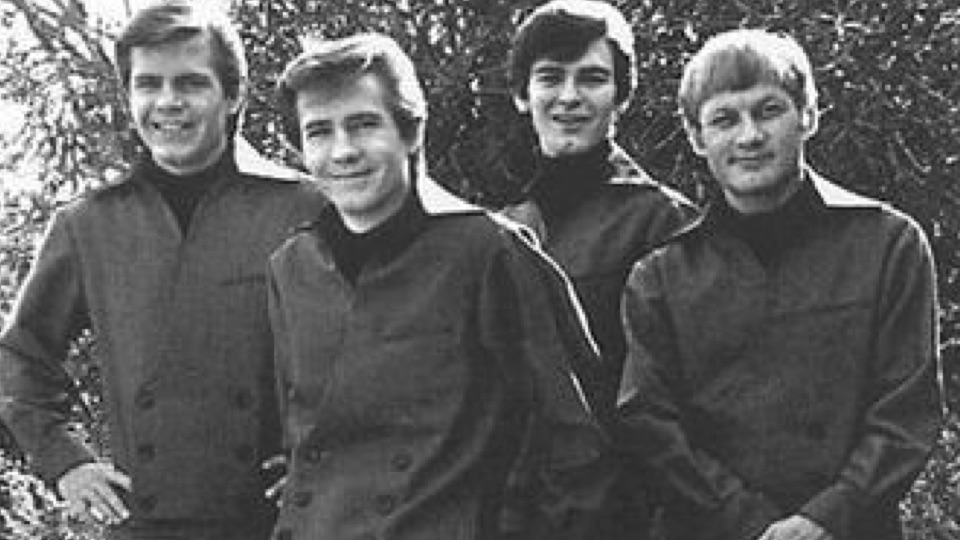 The history of rock and roll is filled with stories of artists whose careers were cut short by their untimely deaths. Jimi Hendrix, Janis Joplin, Otis Redding, Jim Croce, and Buddy Holly are just a few of the names that come to mind. One of Holly’s biggest fans was Bobby Fuller, whose steady rise to fame, followed by a sudden and mysterious death, has all the makings of a great rock biopic. Fuller is probably best known for the iconic anthem ”I Fought The Law,” which has been covered by Green Day, Hank Williams, Jr., The Dead Kennedys, and The Clash, who recorded a memorable version for their self-titled debut album.

Bobby Fuller was always a music fan. As a teenager in El Paso, he became enamored with the burgeoning rock and roll sound. The songs of Elvis and other artists captivated him, but his true idol was Buddy Holly, who also hailed from the Lone Star state. Fuller formed his own band, which featured himself on guitar and his younger brother Randy on bass, though the other members of the group rotated in the early years of their existence.

The band played a bunch of gigs around Texas, and also recorded some of Fuller’s music at his home studio. Local independent labels released some of those songs, and Fuller built a solid reputation as a talented musician and songwriter. By the time Fuller moved to Los Angeles at the end of 1964, the group’s lineup consisted of Bobby and Randy, as well as Jim Reese on guitar and DeWayne Quirico on drums. The band was signed by producer Bob Keane, who had made a name for himself by discovering Ritchie Valens, whose brief career was ended by the same plane crash that killed Fuller’s hero, Buddy Holly. Christened The Bobby Fuller Four, the group began recording and issuing singles. One of those songs, “Let Her Dance,” became a huge local hit in LA, and was the band’s first song to get significant national airplay. This infectious tune has been covered by power popper Phil Seymour (of Dwight Twilley Band fame) and Marshall Crenshaw, among others. Wes Anderson also used the song in his 2009 film Fantastic Mr. Fox.

The band’s signature hit, “I Fought The Law” was written and initially recorded by Sonny Curtis, who had joined the Crickets after Buddy Holly’s death. Fuller originally issued the song as a single in 1964 during his time in El Paso, where it became a solid regional hit. The re-recorded version of the song by The Bobby Fuller Four rocketed up the charts, reaching the top ten in 1966. An album titled after the song was also released, which included several songs that dated back to Fuller’s El Paso days. With their popularity increasing, Fuller and the group appeared on TV shows like Hullabaloo and performed two songs in the film Ghost in the Invisible Bikini, which also featured Nancy Sinatra. The band also released “Love’s Made A Fool of You” a Buddy Holly cover, which reached the top thirty. That song turned out to be the last major hit for The Bobby Fuller Four.

In July of 1966, Bobby Fuller was found dead in a car outside his apartment in Hollywood. Initially, the police ruled the death a suicide, as a gas can was found nearby, and Fuller’s body and clothes were soaked with gasoline. Though his body showed signs of bruises from a possible beating, the bruises were explained away by the medical examiner as being caused by gasoline vapors and the summer heat. Some reports also claimed that Fuller’s body was in an advanced state of rigor mortis when it was found. While the cause of death was later changed to accidental asphyxiation, many of Bobby’s family and friends think the investigation was botched and badly run. Randy Fuller co-wrote a book with Miriam Linna, I Fought The Law: The Life and Strange Death of Bobby Fuller, charting Bobby’s life and mysterious death. One theory presented is that Bobby may have entered a business deal with Morris Levy, the famously mob-connected head of Roulette Records, and that backing out of that deal caused him to be murdered. Sadly, the real truth behind his death may never be known.

If all he was remembered for was “I Fought The Law,” Bobby Fuller would have a place in rock history. But Fuller was a talented artist whose melodic, well-crafted music remains influential to this day. Who knows what this versatile musician, writer and producer might have accomplished had he lived? From the 1950s rock sound of songs like “Julie” and “A New Shade of Blue” to the guitar-based, almost British Invasion feel of “Baby My Heart” and the Motown-esque “The Magic Touch,” Fuller has left behind a splendid roster of songs that continue to enthrall listeners to this day. While we may never know the real circumstances behind his mysterious death, as long as artists as varied as The Nitty Gritty Dirt Band, Social Distortion and Bruce Springsteen keep his music alive, his legacy is secure.

6 comments on “Did He “Fight the Law”? The Mystery of Bobby Fuller”