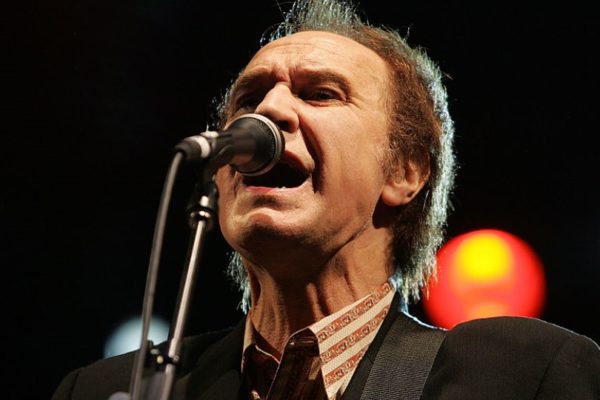 It’s no secret that The Kinks have been exceptional at being successful while also being their own worst enemy. From bandmembers knocking each other unconscious on stage to taking a swing at a promoter and being banned by the American Federation of Musicians, the group had the punk-angst-thing down ten years before the movement even began. They were more The Who than The Who. Inside the group, brothers Ray Davies and Dave Davies have not been shy to discuss their inability to even barely tolerate each other. But despite all of this turmoil, the band is regarded as one of the most influential rock acts from the 1960s and 1970s – and ranked 65th on Rolling Stone‘s “100 Greatest Artists of All Time” list, releasing 30 albums in the US. To cap it off, in 1990 during their first year of eligibility the group was inducted into the Rock and Roll Hall of Fame.

Related: “My Audition for The Ramones”

The Kinks’ last public performance was in mid-1996, getting together one last time to jam for Ray Davies’ 50th birthday party. Among numerous whispered rumors about a reunion and the two brothers even performing together sporadically at various events, neither Ray nor Dave appeared to show any desire to get the band back together – though they continued to drop hints and suggestions that it wasn’t…impossible.

Leave it to a unique release by the group 50 years ago titled Arthur (Or the Decline and Fall of the British Empire) to cause the brothers to reconsider…sort of.   The original album was not particularly successful at the time, though it received many positive reviews from critics and was labeled in the US as the best British album of 1969.   Ray Davies planned the concept album to be a musical underpinning to a television program that he conceived, and was partially written but never produced. The album peaked at number 105 on the Billboard Album Charts but did not chart in Britain. What it did do was pave the way for a resurgence of the group over the next ten years.

As the album approached its own 50th birthday, Ray Davies started to think it was time to revisit musically the goings-on at the time of the original recording. He pulled all the old archival tapes he could find and started assembling them into a four-disc package.  Ray also gathered about a dozen songs he wrote years ago for Dave Davies’ to pursue as part of a solo release and tour, which never culminated. The new release also includes all sorts of outtakes, alternate mixes, demos, and rehearsals.

Lately, older age has made the brothers mellower. Ray reached out to Dave recently, and they began writing, collaborating and discussing new songs. But not arguing. Then again, they’re not exactly rubbing shoulders either. One brother will send the other the chorus of the song to the other, who will then reply with a few verses. But little by little, songs are being completed collaboratively. One of the challenges of an actual reunion is that bass player Pete Quaife died in 2010, keyboardist Gordon John Edwards passed away in 2003, bandmate Jim Rodford died unexpectedly last year, and later keyboardist Ian Gibbons passed on in 2019. Nonetheless, Ray hopes to convince surviving drummer Mick Avory, despite being the one who years ago konked Dave Davies unconscious during a show, to return. And Ray is also in contact with John Dalton, their bass player from 1969 to 1976 to rejoin as well.

But for right now, the songwriting seems to be taking center stage for Ray and Dave. The songs are being mostly recorded as demos in preparation for gathering in the studio to create a proper album. There’s no doubt that a new release followed by a tour would be a huge moneymaker for the band, and a treat for all Kinks’ fans.  This past October 25, the 50th anniversary of Arthur (Or the Decline and Fall of the British Empire) was released.   If you want a sample of Ray Davies at the peak of his songwriting, you’ll definitely want to check it out. And in the meantime, we’ll all hope, pray and wait to see what a Kinks reunion will look and sound like.

0 comments on “Ray Davies: Working Out the “Kinks” of A Reunion”