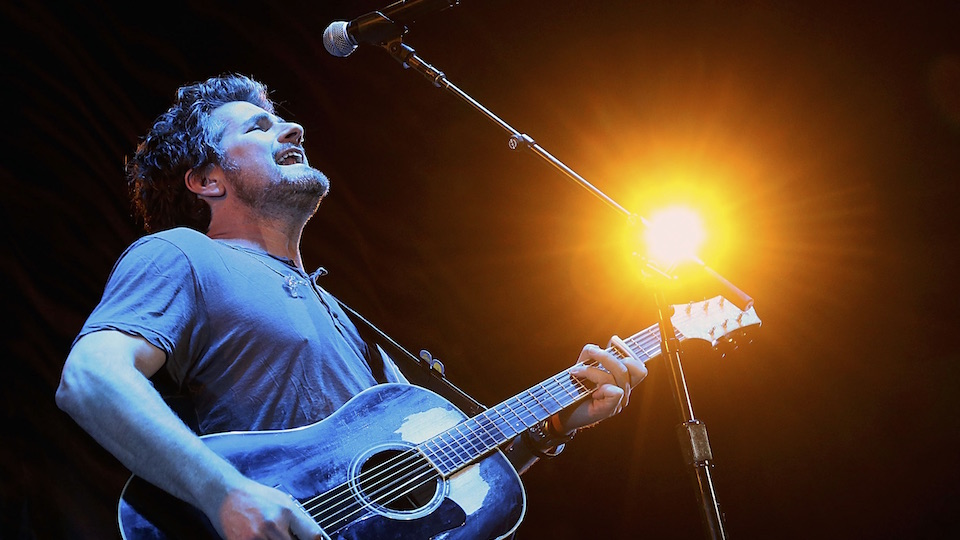 Songwriting is hard work. If it were easy, we’d all be out on tour or at home counting our royalties. Every so often you hear a story about a song that just poured out of a writer and was finished in minutes. “Yesterday” came to Paul McCartney in a dream. Why can’t we all be so lucky? Well, we’re lucky to have Matt Nathanson who can write songs and make it look easy as evidenced on his recently dropped ninth studio album Sings His Sad Heart (released on Acrobat Records). Although his discography is littered with gems, Sings His Sad Heart may be Nathanson’s strongest effort, top to bottom, since 2007’s Some Mad Hope. That is undoubtedly a testament to Nathanson’s ability to create the kind of songs that weave a common cord around his fans and pull them just a little closer together. In other words, he gives us all the “feels.”

Nathanson mixes John Mayer-esque melodies with lyrics that cut like Glenn Frey’s. He is a troubadour too, a singer-poet with a way celebrating love at its heart-pounding best, but also documenting when it kicks one in the teeth. A decade ago songs like “Come On Get Higher” (a certified platinum single) and “All We Are” cemented his rep and connected him with the people who needed to hear him. It was as if the San Francisco resident had found the heart Tony Bennett left behind, picked it up and shined it on his flannel shirt.

Sings His Sad Heart has that signature Nathanson feel, and a little more. Songs such as “Different Beds”, “Best Drugs”, and “Used to Be” tug on the heartstrings and show off impressive lyrical chops. “I’ve got a king-size bed and a Ph.D. in the way things used to be.” Don’t we all? Well, maybe some of us have queen-sized beds. Regardless, the album’s material reveals a next level of evolution for Nathanson as an artist; he’s breaking out in new directions with nods to Elvis Costello and background vocals that harken back to the ‘80s and ‘90s.

Recording artists know to front-load their best songs on an album’s A-side. When a listener makes it to side B, a songwriter’s “filler” is often exposed. But Sings His Sad Heart — released on a gorgeous red vinyl pressing by the way — has no such shortcomings. Nathanson strings pearls on side B as well with tracks like “Long Distance Runner” and “Gimme Your Love.” “Runner,” in particular, is a sing-along gem dying to be released as a single while the latter is a delightful nod to the Motown sound with a lowdown bassline and “Smokey” feel to it.

Nathanson, like so many creatives, self-admittingly struggles with self-doubt and insecurities as an artist. But he’s surrounded himself with tons of talent in the writing room and in the studio. Sings enlists the talents of Adam Pallin, Amir Salem, and Butch Walker to produce, engineer, and play on the record — a group Nathanson should keep around for a while since Sings His Sad Heart appears to be a strong team effort. His recipe appears to be “do your best, trust yourself, then trust the song, then get out of the way.” It’s a smart plan.

After the holidays, Nathanson plans an acoustic tour in February and March. He’s squeezing over 40 shows in just a 60-day stretch, over half of which are already sold out. The tour closes with a pair of concerts at San Francisco’s Great American Music Hall, a gorgeous historical theater that’s just a stone’s throw from the singer’s Bernal Heights neighborhood. Take note: If you want to see Matt sing his sad heart in person, you better plan ahead.