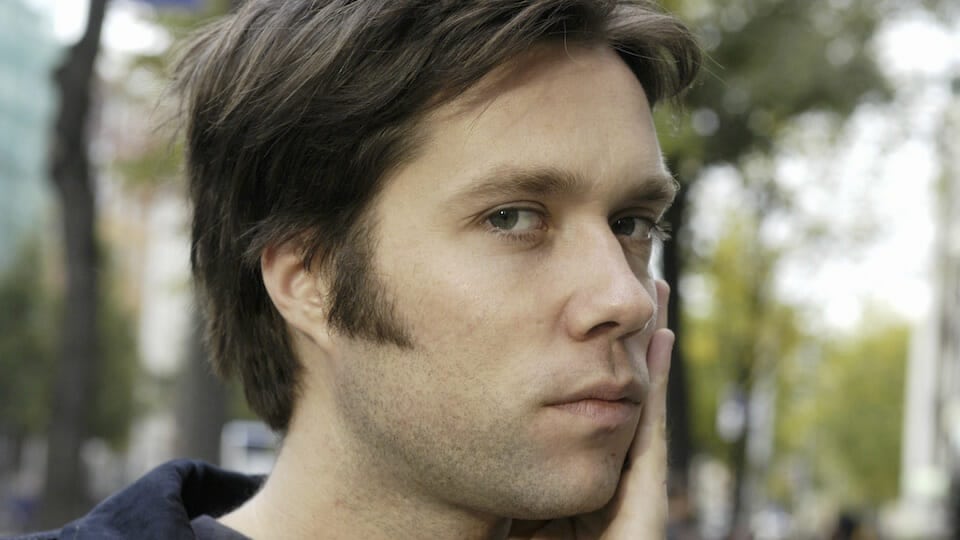 Rufus Wainwright’s career has been anything but conventional and his music has garnered praise from legends like David Bowie who labeled him “simply one of the great writers” and Elton John who claimed,  “I don’t think there’s a better songwriter on the planet.” With such commendations, you’d expect Wainwright to be a household name and yet… he’s not. Through no fault of his own Wainwright has always seemed to evade stardom. Looking back, his career looked primed for take off with Want One but that didn’t happen. It’s worth going deeper into his history to see why that might be.

See Related Content: “‘David Bowie Is’ Is So Worth Seeing”

Wainwright was born into a family of folk musicians in 1973; he’s the son of singer-songwriters Loudon Wainwright III and Kate McGarrigle who divorced a few years after his birth. In Montreal, he experienced a rather Bohemian upbringing with his mother and younger sister who, like him, followed in his parents’ footsteps by deciding to pursue a career in music. In his early twenties, Rufus landed a record deal with the help of producer Van Dyke Parks who forwarded his demo tape to his record label DreamWorks. (Yes, that DreamWorks.) Soon after, the young artist had made a name for himself as a promising up-and-comer in the alternative music scene of the late ‘90s and early ‘00s by way of a unique “baroque pop” sound that also seamlessly incorporated a lifelong love of the theatrical. But success didn’t come without its price.

It wasn’t long before Wainwright found himself reveling in a stereotypical rock star lifestyle of sex, drugs, and rock n’ roll. His drug addiction became a cause of concern to his peers and eventually came to a breaking point when Wainwright found himself temporarily blind after a surreal week that included partying with one of President Bush’s daughters, a debauched evening with his mother, and ongoing hallucinations of his father. After reaching out to Elton John, he spent a month in rehab then emerged newly sober and ready to record what would come to be the most defining album of his career.

In what can only be characterized as a staggering burst of creativity, Wainwright wrote a litany of material that would eventually be narrowed down to the 14 songs of Want One. With its resplendent orchestral production, the new album burst with a larger-than-life sound that his previous albums had hardly hinted at. Each song had the essence of an alternative rock song that had been fearlessly reshaped from its customary structure by a strong classical influence. This formula gave birth to an ecstasy-laden soundscape that combined the rock of the 1960s with something symphonic. Arrangements varied from burlesque horns (“14th Street”) to entrancing keyboards (“Vicious World”) to angelic harmonies (“Oh What a World”) — all of it overlaid with detailed orchestration. The album was tied together with Wainwright’s trademark vocals delivering lyrics rich with personal experience that felt both sincere and vulnerable. Want One was released to much acclaim and to this day is often revered as his best work. So why did Wainwright’s showpiece stall?

Only reaching number 60 on the U.S charts, Want One’s failure to become an instant classic remains for some a mystery. With virtually universal praise, the record was touted by the likes of Rolling Stone and Mojo Magazine as one of the best releases of the year. Even so it never really lifted off the ground. One theory is that Want One was released at a time when the music industry was in disarray and didn’t understand how to embrace such a grandiose, ambitious offering. Another possible explanation pertains to the album’s promotion; the marketing of its singles, in particular, was handled poorly. Its first single “I Don’t Know What It Is” didn’t premiere until eight months after the album’s release; the second “Oh What a World” well over 14 months. (Both were only released in the UK!) Why the infinitely more commercial “14th Street” wasn’t selected instead, in hindsight, seems absurd. That song would have also served Wainwright better on television in lieu of performing slower ballads such as “Vibrate” and “Dinner at Eight” instead. By the time Wainwright released his sequel album Want Two a year later, the steam behind this project had died.

To his credit, Wainwright has remained one of the harder working musicians on the circuit. His resume now includes nine studio albums, three live albums, myriad soundtrack contributions, and over 50 guest appearances on various programs. He even has two operas to his name. Yet while it is gratifying to see Wainwright enjoy such successes, his misplacement outside the pantheons of greats remains a sore point among his fans. Want One should’ve been an album you mention in the same breadth as Goodbye Yellow Brick Road and The Rise and Fall of Ziggy Stardust. Instead, Wainwright has yet to be acknowledged as one of his generation’s truly innovative musicians. For now, Want One and Want Two are out of place, out of time, and out of luck. Oh, what a world we live in.