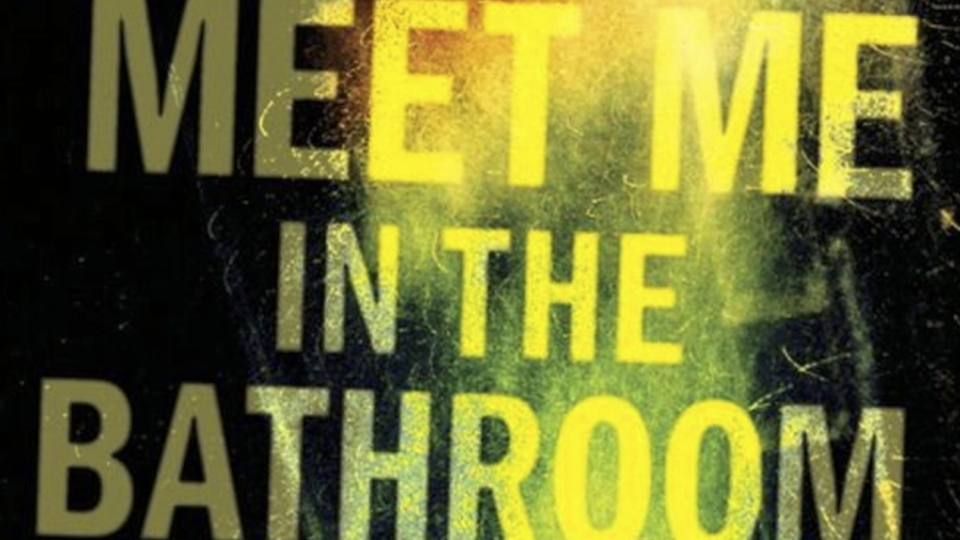 Capturing the rise of New York’s indie rock scene in the early 2000s, Will Lovelace and Dylan Southern’s Meet Me in the Bathroom is sure to strike a chord with anyone seeking noughties nostalgia. Based on Lizzy Goodman’s 2017 oral history of the music scene that birthed The Strokes, the Yeah Yeah Yeahs, LCD Soundsystem, and Interpol, this documentary takes us back to the dawn of the new millennium to reexperience the seismic shift in music that would dominate the decade.

Using only archival footage, home videos, concert clips, and contemporaneous interviews pieced together with new and old voiceovers from many of the artists involved, the directors offer us a backstage pass to the bands that came to define the era. By leaving out the talking head interviews that usually feature in such music docs, the film is given a heightened immediacy not dragged down by the weight of hindsight. Instead, we’re thrust into an immersive collage of first-hand experiences that seeks to replicate what it might have been like to rub shoulders with the bands. Whether that’s drinking a tepid can of beer with Albert Hammond Jr. or treading the sticky floorboards of the Lower East Side’s dives watching a wailing Karen O on stage, we feel like we’re right there with them. A little haphazard and a tad rough around the edges, it’s the perfect reflection of New York indie rock.

Zoning in on the years 1999 to 2004, the documentary doesn’t cover as much ground as Goodman’s book on which it’s based – an impossibility given its 600 pages. Nonetheless, it gives us unbridled access to the bands’ early rises to fame and an on-the-ground sense of New York’s white-hot electricity that seemed to spark an endless amount of creative possibility.

Acts like the Moldy Peaches, TV on the Radio, and the Rapture are given nods throughout the film, but the brightest spotlights are reserved for the scene’s most famous exports. We get plenty of screen time with Karen O of the Yeah Yeah Yeahs, who recounts her evolution from introverted Jersey Girl to finding her wailing punk diva stage presence. We hear Interpol singer Paul Banks’ account of his band’s slow rise to success and the pressures of being “cool enough” to stand out amongst his peers. We also get an in-depth introduction to James Murphy as a socially awkward but hopeful producer who turns his insecurities into LCD Soundsystem’s singularly ironic dance music.

Unsurprisingly, the film’s largest share of attention is dedicated to The Strokes, whose meteoric ascent to fame is captured much like Beatlemania was in the 1960s. Watching the archival clips of the band’s behind-the-scenes moments and live performances, we’re swiftly reminded why they skyrocketed to fame so quickly. Ineffably cool and articulating the anxieties and alienation of a generation of youth still emerging from the shadow of 9/11, the band exuded a type of Lost Boys energy that felt like a welcome antidote to the rap-rock and nu-metal that dominated the charts before they arrived.

But while they were quickly hailed as saviors of rock, we see The Strokes – and particularly their frontman Julian Casablancas – struggle with anxieties over their newfound fame. Pressures and tensions arise as they grapple with living up to being called the “future of music” and Casablanca’s signature aloofness feels better understood in this light – if not any more accessible.

Throughout, we’re offered a backdrop of New York City that’s mythologized – much like the scene itself – amplified by a voiceover of Walt Whitman’s “Give Me the Splendid Silent Sun” bookending the film. It provides a poetic canvas for exploring why the Big Apple was instrumental in this seismic shift in music, and the stage upon which the documentary’s nostalgic glow is built.

A time-capsule of millennial cultural history, the documentary takes us back to flashing dial-up modem sounds, Bill Clinton speeches, MySpace, the fears and hopes for Y2K, the landscape of a city in mourning, and how the music industry was forever changed in the wake of Napster. Most of all, there’s the music – the soundtrack of a generation wondering and singing “Is This It” in the newfound promise that it could all be ripped away.

A film made by fans for fans, Meet Me in the Bathroom cares less about informing and educating than it does reliving the hazy, beer-soaked days of a lightning-in-a-bottle moment in music history. Often dreamlike and lacking a cohesive chronology, the film is a perfect reflection of memory. The edges may be blurred and some pieces might be missing, but it’s the indie scene as it’s fondly and viscerally remembered by its icons. A romanticized expression of youthful abandon and the music it inspired, Meet Me in the Bathroom invites you to take a nostalgic trip back to revel and rave in the indie rock hits that are still as thrilling now as they were back then.

1 comment on ““Meet Me In the Bathroom”: The Rise of Indie Rock”