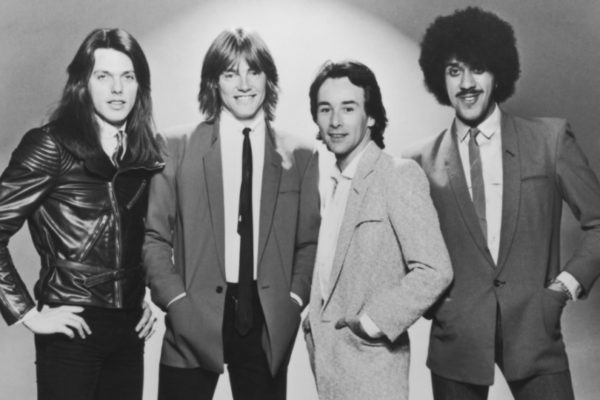 We all love classic rock radio, but I think we can all agree that the playlists tend to get pretty stale over time. As much as we might love hearing “Stairway to Heaven,” “Freebird,” and “Turn the Page” every hour on the hour, it’s probably time that the classic rock playlist got shaken up a little bit. Here are ten suggestions for songs that should be added to the rotation on classic rock radio stations across the country.

Jim Steinman’s only solo album desperately needs to be added to the classic rock pantheon. The Meat Loaf songwriter’s new-wave style voice pairs well with the frantic energy of his powerful backing band (a combination of E Street Band and Utopia members). The title track off his 1981 album is an epic 8-minute rocker that never lets it foot off the gas pedal and continues to rock for the entirety of its length. With lines like “I wasn’t built for comfort/I was built for speed”, it’s a perfect addition to the classic rock library.

Starz was a band that had everything going for them. They were signed to the same record label as The Beatles, had the same management as Kiss, had the looks of Aerosmith and the pop hooks of Cheap Trick. “Cherry Baby”, off their second album Violation, was even a top 40 hit. Bands like Poison, Motley Crue and Bon Jovi all cite Starz as a major influence, so it’s time we dug out their biggest hit and returned it back to the airwaves where it belongs.

The Michael Stanley Band is one of those great heartland rock bands that had “blink and you’ll miss it” levels of success back in the heyday of classic rock. While “He Can’t Love You” was a staple of early MTV, our submission for this list is the live version of guitarist Jonah Koslen’s fantastic mid-tempo ballad, “Nothing’s Gonna Change My Mind”.  This track is the perfect REO Speedwagon/Boston hybrid you had no idea you wanted, but once you hear it, can’t live without.

While it’s true we have heard this song on classic rock radio, it’s an all too rare occurrence given the greatness of this track. “Progressive Glam” may seem like an incredibly niche genre, but Angel was able to make it work. This seven-minute epic is full of swords and sorcery in the lyrics alongside fantastic hard-rock guitars and mystical synths. It’s like Dio, but prettier and with white outfits.

Aside from having one of the coolest song titles in music history, Axe’s  “Rock’n’Roll Party in the Streets” has one of the greatest keyboard riffs in rock history and continues to keep the listener pumped throughout the entire runtime of the piece. It has the energy of a Rocky montage song, but it’s about rocking and partying. Simply put, it’s freaking awesome.

Thin Lizzy is perhaps the most criminally underrated band in the classic rock pantheon. While they are generally considered a one-hit wonder stateside, internationally they are incredibly respected and have a plethora of hits to choose from. With many overseas considering 1979’s Black Rose to be the band’s finest studio effort, we feel the lead single off the record is a fine contender for this list.

Look, Kiss is actually a really good band, and in 1980 Kiss casually wrote one of the greatest power-pop anthems of all time. Seriously. “Tomorrow” is one of the band’s finest efforts. While it may not be quite as heavy or hard as their more popular material, the excellence of the piece is undeniable. One of the best feel-good songs of 1980 and guaranteed to put a smile on your face, which is something we could all use during our rush-hour commutes.

Classic rock radio has largely written off anything Alice Cooper did after Welcome to My Nightmare except for his smash single “Poison”, which is a shame because the Coop has been one of the most consistent artists out there. His 1978 concept album From the Inside is considered a classic among Cooper enthusiasts, and the title track, full of energy, angst, and hooks up the wazoo, is just begging to be played over the airwaves.

Classic rock songs have an indefinable quality about them. There’s a vibe that certain songs just give off that makes them feel iconic. Perhaps it’s a riff that feels like it has always existed or a melodic hook that seems so obvious yet so perfect. Tesla’s “Love Song” just feels like a classic rock song. It’s anthemic and has a vibe that’s simply infectious. The structure of the song is a bit all over the place, but it doesn’t matter if it doesn’t make musical sense. What matters is how the song makes you feel, and this song gives us the feels.