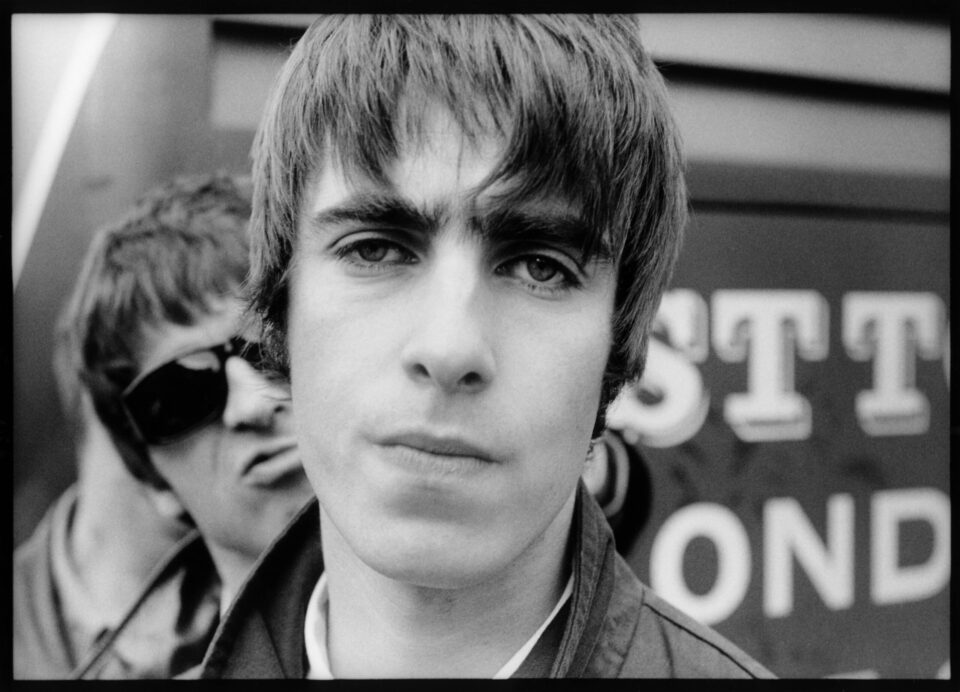 If you’re sort of new to Oasis and their back catalog, you may not realize the extent to which they seemed to ‘borrow’ from other artists. The Beatles have been cited as an obvious influence, but there are more. Lots more.

Lead guitarist Noel Gallagher crafted numerous lyrics that came to define a generation. But there’s no escaping the talk of possible plagiarism that often surrounded him and the apparent musical thievery scattered in amongst their discography.

There are many examples of guitar riffs and catchy melodies that sound almost identical to past musical influences. Here are seven times Oasis “nicked” other famous songs.

At first, it’s hard to imagine how Oasis’ grungy rock debut “Supersonic” even remotely compares to this delicate offering by the Beatles guitarist.

Yet at 1:44, moments after lead singer Liam Gallagher rasps the line “Nobody could ever hear him call,” and that muddy chorus comes to a close, brother Noel launches into an all too familiar guitar solo.

Although performed in a slightly lower key, the arrangement is almost a perfect match for Harrison’s acoustic noodling from more than two decades earlier.

This British folk tune cemented its pop-cult status when it was chosen as the anthem of Coca-Cola’s famous 1972 TV advertising campaign. Oasis cheekily lifted large chunks of its melody to hang “Shakermaker”‘s twelve bar-blues style swagger around.

Noel Gallagher even went one step further, originally penning the following lyrics at the start of verse three, a version of which can still be heard in the band’s early live performances: “I’d like to teach the world to sing in perfect harmony. I’d like to buy the world a Coke to keep it company.’

Following the mention of a lawsuit, Oasis’ label Creation Records persuaded Gallagher to rework his track, which would instead include a local Manchester reference to ‘Mr. Sifter’ the record shop owner and the randomness of ‘Traffic Lights’ turning green.

Cigarettes And Alcohol/“Bang A Gong” by T-Rex

The glam rock-inspired riff found during the opening to “Cigarettes And Alcohol” is unquestionably unoriginal and probably the most shameless of Noel Gallagher’s “borrows.”

Its classic chugging intro that kick-starts track eight on Definitely Maybe is nearly identical to the one so famously crafted by Mark Bolan way back in 1971.

Despite everything, the sheer brilliance of his working-class anthem makes his theft almost forgivable. In fact by the time listeners reach the end of “Cigarettes And Alcohol’s” first chorus, on hearing the T-Rex riff again, it quickly feels a little more original and before too long is somewhat forgotten.

Morning Glory/“The One I Love” by R.E.M.

The groove and swirling roar of “Morning Glory,” the title track from Oasis’ second album, is the main culprit for this particular instance. A driving chord progression throughout both verse and chorus sequences, created by the pairing of bass line and rhythm guitar, sounds incredibly similar when compared to the vibe of R.E.M’s 1987 hit single “The One I Love.”

There’s also a subtle addition to this powerhouse Oasis tune that makes the copy even more noticeable. Listen out for a wave of jangling electric guitar which mimics the R.E.M recording perfectly.

“She’s Electric,” offers two derivative moments for the price of one. The first is a very famous example and the other is a hidden gem very few fans will know.

It’s perhaps one of the worst-kept secrets that Beatles influences scatter themselves across the Oasis discography. As a nod to their love for the Fab Four, those closing moments of “She’s Electric” duplicate the soaring harmonies that help to bring “With A Little Help From My Friends” to an end.

Raucous toe-tapper “Step Out” was originally intended to feature on Oasis’ hugely successful second album (What’s The Story) Morning Glory. Yet the similarities between its chorus and that of Stevie Wonders’ “Uptight (Everything’s Alright)” quickly raised issues of plagiarism.

When comparing both tracks side by side, intentionally or not, there’s no denying that Noel Gallagher leans heavily on Wonders’ 1965 hit. To avoid legal problems, it was decided “Step Out” be removed from the LP’s tracklist and instead now features as a B-side on 1996’s Britpop hymn “Don’t Look Back In Anger.”

Much of Noel Gallagher’s copycat behavior is often attributed to the band’s output during the 1990s. But this signature lead guitar riff from their 2002 release “The Hindu Times,” is evidence that he was still prone to a musical “lift,” even in the band’s later years.

4 comments on “7 Oasis Tracks That Borrowed From Other Songs”