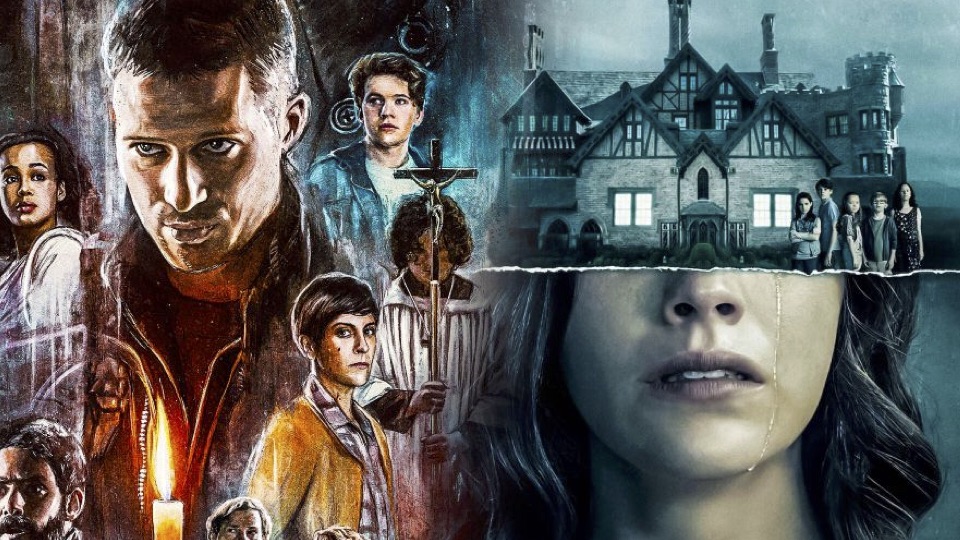 Mike Flanagan is one of the best writer-directors currently working in the horror genre. From his early films like Oculus and Before I Wake, to more recent projects such as the acclaimed Netflix series The Haunting of Hill House and The Haunting of Bly Manor, he’s displayed a flair for creating atmospheric tales of terror that resonate with you long after you’ve finished watching them. One of Flanagan’s greatest strengths as a storyteller is that while his films and television series all have their chilling moments, the heart of his work is the well-defined characters, all of whom go on deeply emotional journeys throughout his stories. These often flawed people are haunted by things within themselves that are far more terrifying than any demons or ghosts. That focus on character development amid the horror is a talent the writer-director shares with Stephen King, whose work Flanagan has successfully adapted twice, in his well-received film versions of King’s novels Gerald’s Game and Doctor Sleep.

Flanagan’s latest project is the Netflix mini-series Midnight Mass. It’s a powerful rumination on religion, spirituality, faith, and addiction. The story opens with a young man named Riley Flynn returning to his home on Crockett’s Island, a small offshore fishing village. The island is a close-knit and very religious community. Riley has just finished serving a prison sentence for a drunk driving incident that resulted in the death of a young girl. Over his time in jail, he’s lost his faith. He questions why God would let the young woman perish in the crash and spare him. As Riley tries to reconnect with his family, he’s haunted by visions of the girl who died in the accident.

Riley’s old flame, Erin Greene, who had also left the island but later returned, is now working there as a schoolteacher. Riley and Erin start spending time together and have some moving discussions about their views on religion, spirituality, and the reasons Riley doesn’t believe in a higher power anymore. Another new arrival to the island is Father Paul Hill, a young priest, who claims he’s been sent to fill in for their congregation’s long-time pastor, Monsignor Pruitt, who took ill while visiting the Holy Land. Father Paul’s charismatic style is welcomed by the island’s residents, especially the ultra-conservative Bev Keane, who’s a powerful figure in the community.

Father Paul’s exuberant sermons about God and eternal life inspire the residents of Crockett Island, who’ve been facing hard times both economically and personally. At an Ash Wednesday service, the priest urges Leeza, the Mayor’s young daughter, who had been paralyzed in a shooting accident, to rise from her wheelchair and take communion, which to everyone’s surprise, she does. More mysterious and amazing things occur, but there’s an eerie undercurrent to these miraculous moments. Father Paul is harboring dark secrets, and his faith in a mysterious being he views as an “angel” may be misplaced. The zealous Bev uses these miraculous events to rally the island’s population, and gain influence over them. Meanwhile, Riley, Erin, and Sarah, the town doctor, suspect something evil is happening, and attempt to find out the real cause behind these so-called “miracles.”

The cast in Midnight Mass is terrific and features several veterans of previous Flanagan projects, including Annabeth Gish, Henry Thomas, Rahul Koli, and Flanagan’s wife Kate Siegel, who offers an outstanding performance as Ellen. The frequent use of monologues would seem self-indulgent in the hands of a lesser writer, but when Flanagan’s eloquent words are masterfully interpreted by actors like Siegel, Zach Gilford as Riley and Hamish Linklater, who is excellent as Father Paul, they are mesmerizing. The scene where Ellen and Riley discuss what happens after you die is one of the best moments in the entire series. Midnight Mass also features some fine cinematography by Michael Fimognari, and an evocative score by The Newton Brothers, which is largely comprised of their interpretations of some well-known hymns.

Midnight Mass is a powerful series in which Flanagan insightfully explores heady issues such as religion, love, loss, sin, and redemption, filtered through the lens of his own experiences (he’s spoken in interviews about his struggles with drinking) and informed by his Catholic upbringing. The horror elements are subtle at first, but as the series moves forward, they become more overt and are tightly wound into the story. Tackling subjects like religion, spirituality, and addiction can be a tough road to walk, but Flanagan successfully treads that difficult line. What Flanagan accomplishes with the show reminds me of the way Rod Serling used the genres of science-fiction, fantasy, and horror on the original Twilight Zone to illustrate morality tales that commented on the human condition. Midnight Mass is perfect viewing for the Halloween season. Like all good horror stories, it will definitely frighten you, but will also make you think, and leave a lasting impression.