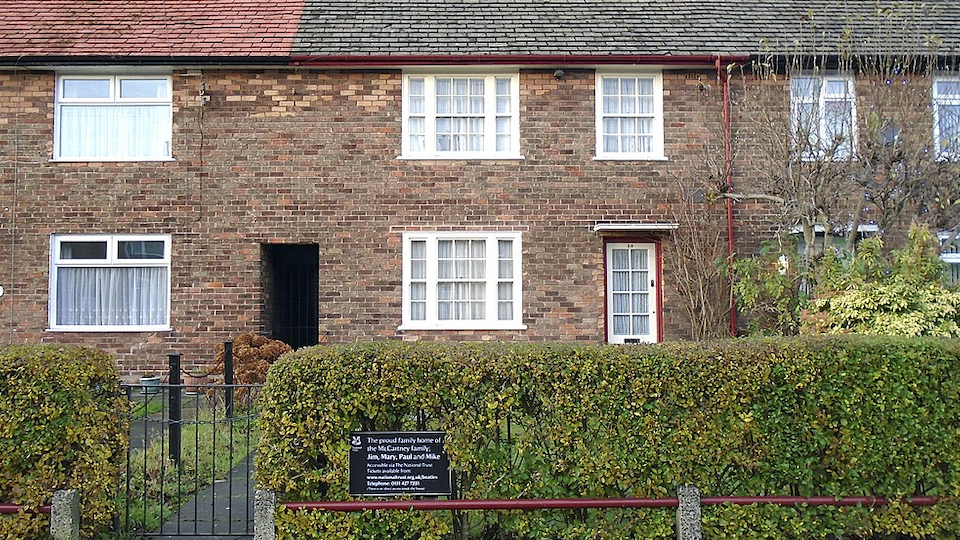 Brothers Paul and Mike McCartney had no idea how growing up in a terraced house on 20 Forthlin Road in Liverpool would be the start of something unimaginable. As the 78-year-old brother of Sir Paul McCartney told The Telegraph in a recent interview, “Can you imagine coming from this, which is lots of wonderful memories, and then going to that? And all the things that go with that.” By “all the things,” Mike McCartney is referring to the glitzy life among royalty and other folks of prominence thanks to the Beatles’ fame and fortune.

During the interview, Mike recalled fond memories of times living in the 20 Forthlin Road home, which is where Paul and John Lennon wrote early Beatles songs including Love Me Do and where Paul was supposed to bring his actress girlfriend, Jane Asher, to meet him and their father. On one particular night, they waited to meet the Juke Box Jury actress, but Paul and Asher never showed up. The two dated from 1963 until 1968.

While there are happy memories, there are sad ones too. In 1956, a year after the family moved into the home, the boy’s 47-year-old mother Mary died from an embolism after surgery for breast cancer. Paul was 14 and Mike was 12. Mike stated that if their mother had lived “you wouldn’t be talking to jolly, whack-a-wit Mike McCartney. You’d be talking to Dr. McCartney or Father McCartney” because for all their lives she wanted them to better themselves.

Now a National Trust property, 20 Forthlin Road attracts 12,000 visitors a year and will be opened to musicians for the first time, as “The Forthlin Sessions” will be an opportunity for unsigned artists to write and perform in the tiny house’s front room just as Paul and John had done so many decades ago. The National Trust will work with Mike McCartney and Pete Paphides and consult with the Liverpool Institute of Performing Arts (LIPA) for this project. The front room of the house is complete with a brown Bakelite television, vintage wallpaper, an old upright piano, and photographs of Paul and John hunched over their guitars working on songs.

Mike said that he and Paul, who he calls “Our Kid,” threw themselves into creative pursuits as a way of dealing with their mother’s death and he would see his brother just get lost in music. Once a member of the Scaffold, the trio had two hit songs in the late 1960s, Lily the Pink and Thank U Very Much, with Mike having written the latter after he phoned Paul to thank him for sending him a Nikon camera as a birthday gift.

Mike explains, “I got on the phone to thank Our Kid. The trick he had then, because of Beatlemania, was that if anybody rang the house in London, he’d pick up the phone and wait for you to speak. Because if you were a fan or The Daily Telegraph then he would become an Indian restaurant or a Chinese takeaway. Whilst I was waiting for him to pick up, this little tune popped into my head. And so, he picked up – silence – and I said, ‘Thank you very much for the Nikon camera, thank you very much, thank you very, very, very much.’”

Giving the impression that he keeps his famous brother grounded, Mike McCartney says he stays in touch with Paul all the time and when asked what he’d planned on getting his sibling for his 80th birthday, he replied, “I’m not bloody telling the Telegraph! It’s called a surprise. He should be bloody lucky to get anything. He forgot my birthday once. I made it quite clear that he’d forgotten.” After a short pause followed by a smile, he added, “He’s never forgotten again.”

1 comment on “Mike McCartney: On Growing Up With Paul”