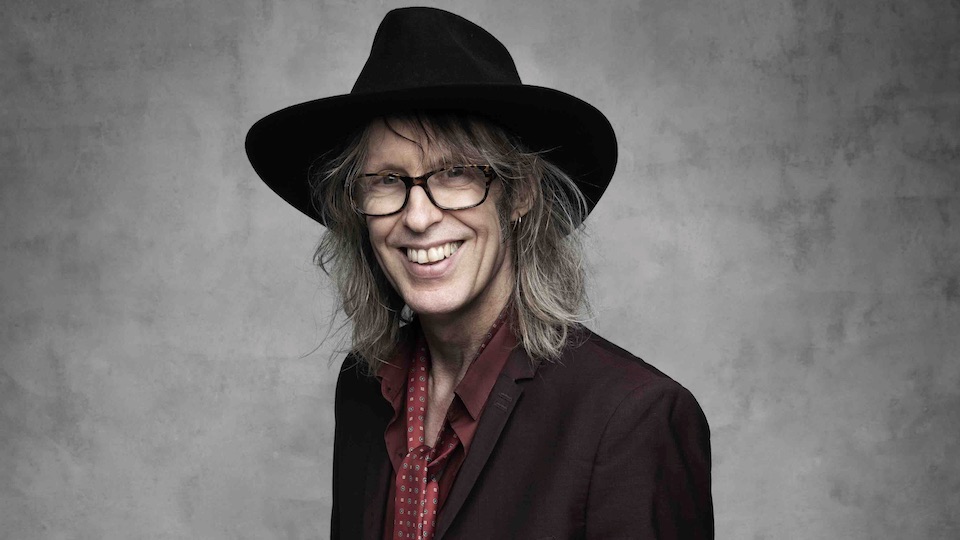 The role of the band frontman is no light task. With Scottish singer-songwriter Mike Scott at the helm, The Waterboys have traversed multiple lands of musical exploration, have refused to adhere to tradition, and are continuing to plow on with a new record, Good Luck, Seeker, an album chock-full of diverse sounds.

“I’ve played too many kinds of music for them not to all find their way into almost every record I make,” he said, noting that the songs on Good Luck, Seeker have arisen in different ways — many have been stewing in his mind for years. Several of the tracks are reworkings of previous mashups and mixes he’s created over time that haven’t found a home on a record until now like “Postcard from The Celtic Dreamtime,” an ambient track based on a poem he wrote approximately three decades ago.

Good Luck, Seeker will be Scott’s 14th album with The Waterboys, and though he remains the only constant member of the group, the band enjoyed an impressive amount of success in the mid-80s. Albums like This Is the Sea (1985) and Fisherman’s Blues (1988) featured a mix of Celtic-inspired lyrical tales and funky Bowie-esque instrumentation. The former album included a hit single, “The Whole of the Moon” which caught the attention of another young poet: Bob Dylan.

Dylan, a fan of the song and in town filming the Hearts of Fire film, invited Scott to his rental house in Holland, London in 1986 where the pair spent the afternoon kicking back the way many rock musicians did in the day.

Sharing a joint with Bob Dylan, a bucket list item no doubt, was a key moment for Scott, who, like many, had spent his teenage years listening to Dylan.

“He was one of my absolute top musical favorites, and I learned a lot about how to bend the structure of songs from Dylan,” he said. “Dylan wasn’t bound by convention, and he used many different song structures and song shapes in his writing. I found that very useful. I don’t know that I’ve ever copied a structure of Bob Dylan’s, but he freed me from thinking I had to be conventional, and that was a great service.”

Even before Dylan, a hefty dose of 60s soul music on the radio as he grew up made its mark. Years later when writing his own songs, he’d recognize similar chord sequences in 60s soul songs that he was pulling from. Other musicians and their unwillingness to conform expanded his horizons even further.

“Lou Reed was a big songwriting influence for me, and I learned a lot from him and The Velvet Underground — the glory of the two-chord song, like ‘Heroin’,” he said. “Most people will start out and then they’ll get louder, or they’ll build and then they’ll drop down, and then build again and there’ll be a conventional climax, but The Velvet Underground turned that on its head. They would start a song in overdrive and they’d just continue there till the end, and I liked that. I’ve used that a lot in Waterboys music. They were very educational.”

In the mid-90s, as the lineup of The Waterboys shifted yet again, Scott released two solo records, Bring ‘Em All In (1995) and Still Burning (1997), but it was only a matter of time before The Waterboys were resurrected for more music and revelry. Though members have come and gone, the songs have kept flowing.

Related: “How Jimi Hendrix Influenced ‘A Day In the Life'”

For instance, the time Scott, mid-stroll in Mayfair, London, came across an exhibit of Dennis Hopper photography at the Royal Academy of Arts. Hopper, not to be confused with the American realist painter, was the cool, countercultural icon known for his acting and filmmaking, though his work as a visual artist was less publicized.

“I knew he was the cat from Easy Rider, but I wasn’t a big fan and I never learned much about him,” he said. “So I went in and I realized the movie guy, Dennis, was actually a great photographer and I fell in love with his photos — with the way he shot, the little things that he chose to take pictures of and how he’d frame them — I just loved his eye, and that made me interested in him as a character.”

That impromptu gallery visit turned into “Dennis Hopper,” a groovy, syncopated track from Good Luck, Seeker that describes the film star as “sucking on a psychedelic pink gobstopper.”

Another notable point of Good Luck, Seeker is Scott’s usage of spoken word performance, a technique he feels offers an entirely different viewing lens into the songs.

He’s even experimenting outside the record with tracks spoken in silly voices and accents and while he finds it amusing, he’s careful to maintain a small level of tradition for his fans, who likely fell in love with The Waterboys original sound.

“I can’t really put them on Waterboys records because too many people would be cross,” he said. “I don’t want to put stuff that’s going to spoil people’s enjoyment of the record.”

Arguably, making people cross has been an integral part of rock ‘n’ roll since its invention, along with being unafraid to challenge the status quo of authority. Scott frequently voices his opinions on Twitter and while most people have no qualms with him or the music, some fans accuse him of having “gone political,” a concept that — frankly — Scott finds perfectly normal and healthy.

And so, Scott carries on. With still more material under his belt after years of cutting and pasting and mashing up in his personal studio, Scott has more coming. The next album, a project that he “started from scratch” began rolling many months ago, has just been finished in quarantine.

“Nothing from my store, all new,” he said, as he described it. “It’s just the way it happens. It was an accidental record. I don’t want to say what it’s about but it’s a theme record and it arose from one song…And then one thing led to another and suddenly I’m looking at 14, 15 tracks and it’s an album.”

While some musicians have hit writing roadblocks, Scott has found a sense of productivity and focus in quarantine he might otherwise not have experienced out on the road. He moved into a new studio close to home just before the lockdown hit.

“I find it very creative,” he said, noting that putting out a new record in the midst of a global pandemic might not be the most orthodox choice, but it’s certainly the one that makes the most sense. “I think it’s better just to keep going because who knows what’s gonna happen. Better to just plow on!”

Scott has plowed on the same way much of the world has: waiting and watching as life begins to creep back to “normal.” He’s been hunkered down at home in Dublin, Ireland with his young daughter, but he enjoys a daily video chat with his wife and other son in Tokyo.

As he waits for touring to resume, Scott keeps optimistic. On The Waterboys website, a box with a headline that reads “NEXT SHOWS” is painfully empty, with the exception of one line: “When rock starts rolling again, we’ll be there.”

Until then, the songs on Good Luck, Seeker will be here to tide fans over with Scott’s witty lyricism and innovative songwriting.

“I’ve always done what the music tells me,” he said. “And I’ve never lost touch with the music.”

Good Luck, Seeker is out August 21.