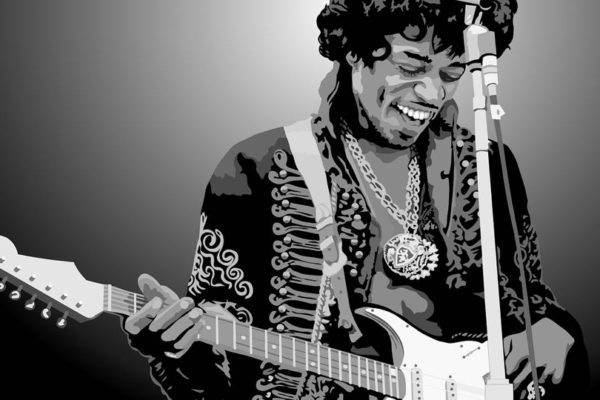 Editor’s Note: We’ve gotten LOTS of feedback about this video — and Scott’s playful conjecture about Jimi’s possible influence on Sgt Pepper — so Scott just posted a follow-up where he responds to the most frequent questions and comments.  Anyway, here’s the original article. We hope you enjoy it.

In late 1966, as The Beatles began the sessions that would produce Sgt. Pepper’s Lonely Hearts Club Band, the band recorded the memorable track that would close the album — “A Day In The Life.” It features John Lennon’s haunted vocal, Ringo Starr’s dramatic drum fills, and the emotional orchestral build-up that author Jonathan Gould describes as “the sound of the high-wire artist as the ground rushes up from below.” It is certainly one of The Beatles’ finest recordings.

“A Day In The Life” began as a Lennon song. It contained verses inspired by the death of a friend, Tara Browne, as well as an article describing the number of holes in Blackburn, Lancashire. But John never managed to write a chorus or bridge for the song. Instead, he turned to his songwriting partner, Paul McCartney.

Paul had a song that he had begun about waking up and beginning the day. John thought it would make a good bridge for “A Day in the Life.” Paul also suggested the vocal trills that end Lennon’s sections of the song — “I’d love to turn you on.”

The pieces of the song were in place. What was missing was the connective tissue. In this video, I’ll show you why I think Jimi Hendrix had a big influence on how Paul joined his section of “A Day in the Life” to John’s.

PS. You may also enjoy Scott’s video in our post The Surprising Chord That Made “Penny Lane” a Masterpiece. Plus, ever wondered how Sgt. Pepper got its cover? Read more about it here.