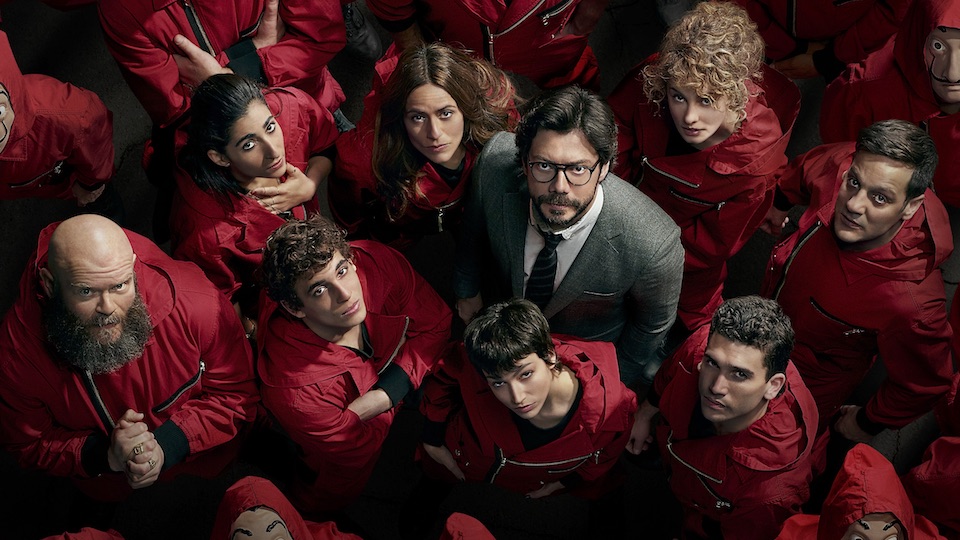 Criminals wearing Salvador Dali masks. A bearded professor who toasts the Italian anti-fascist songs that he sings. The crime-heist series known (in English) as Money Heist moves in a poetic wave, covering all the prospects of crime in particularly fresh detail. Originally a Spanish network series, the show got new life when it was acquired under Netflix’s growing wing in late 2017.

Money Heist was re-commissioned to incorporate Italian locales in its third season. The New Statesman declared it Netflix’s most-watched non-English language show in 2018, so a fourth season was deemed a no-brainer. Duly, these episodes appeared on Netflix’s podium in April 2020. Purportedly 34,355,956 viewers tuned into the third series when it first premiered. It’s too early to say how the fourth series will do, but it seems fair to say it should do alright.

“We wanted to make a very small project in a simple way” writer Esther Martinez Lobato admitted in 2018. “…we wanted to cross lines we couldn’t cross in previous projects, in terms of narrative and structure without any intermediaries.”

Related: “The Stones Are ‘Living In A Ghost Town'”

It’s not one of Netflix’s most profound efforts, but it’s easily one of their more exhilarating. Dazzlingly filmed, the film captures actors Úrsula Corberó and Miguel Herrán at their most brazenly gorgeous. Known to each other as “Tokyo” and “Rio,” the two find themselves unlikely participants in their Professor’s (Álvaro Morte) game of cat and mouse. Breaking into Spain’s Royal Mint, the Dali mask-wearing burglars hope to cop off with an enviable 2 billion-plus. It recalls the more outlandish costumed caper days of The Persuaders and Charlie’s Angels. Like these seventies shows, it doesn’t matter that much of it doesn’t make logical sense: it looks too good to care for that.

Yet the series does have some moments of heart, particularly in one stunning musical segment. Jewel thief Andrés de Fonollosa (Pedro Alonso) joins the Professor in a rendition of “Bella Ciao.” It was a 1940s ballad that resonated with the series’ venturesome antics, though the song undoubtedly proved an unlikely European hit. And yet the song has proved a comfort for Rome inhabitants, who have sung it during the Coronavirus lockdown. In one of the show’s more touching moments, the character “Tokyo” recalls, ”The life of the Professor revolved around a single idea: Resistance. His grandfather, who had fought against the fascists in Italy, taught him the song and he taught us.”

The show works on a “us against them” plot. It’s not a chamber piece per se, but it does deal with the conflicts that affect a person combatting a force greater than them. To reclaim anonymity, each participant wears a mask. That it should liberate some and silence others only add to the genre’s genuine excitement. Across from the robbers, Inspector Raquel Murillo (played by the excellent Itziar Ituño) waits for the robbers to slip and show their true faces. It doesn’t take a doctorate in post-Freudian forensics to understand the social politics at play, but Freud never wrote for a Saturday matinee audience anyway.

These kinds of things balance out the comic elements. Conscious of its intended audience, the directors/writers incorporate the Spanish capital as an added, invisible character. Locked into the sprawling street-paths and cross channels, the TV show captures the radiance, ebullience, and frequent brilliance of vintage escapist fodder. Herrán’s twinkling eyes, Ituño’s furrowed investigations, and Alonso’s larger than life posturing are just some of the deliciously frothy elements that are found in this sparkling serial.