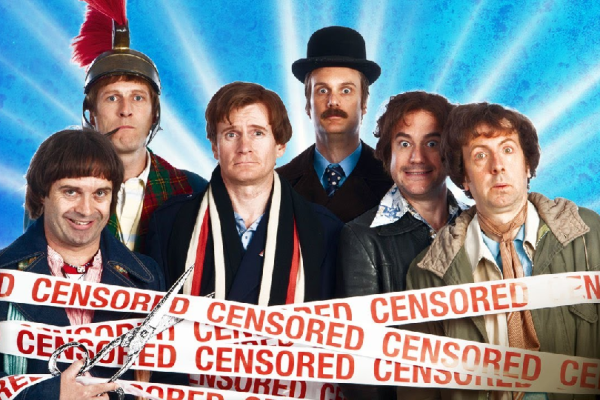 It’s been 50 years since Monty Python made their absurd — and hilarious — debut. Since then, fans have been treated to silly walks, upperclass twits, killer rabbits and so much more. The Pythons weren’t shy about taking on sacred cows, including religion. Their 1979 movie, Life of Brian, was both hilarious and highly contentious. A film on the troubled production and the tensions it created captured another side of Monty Python.

Making a movie based on actual events, especially controversial ones, is a tricky business. Even for talented (and well-intentioned) filmmakers, the conflict between presenting events truthfully and dramatically often tips the balance to one imperative or the other. Quite often, the results are films that, for all their accuracy, are dramatically inert. The challenge is even greater if the film is about well-known comedians because there’s also an expectation of some good laughs along the way.

Related: “The Best of Yesterday’s Britcoms”

This thought was top of mind for the 2011 BBC film Holy Flying Circus, which dramatized the uproar surrounding Monty Python’s allegedly blasphemous film Life of Brian. The fact that much of the outcry was driven by people who hadn’t seen the movie provided a promisingly humorous backdrop, and the trailer had looked promising, especially when it came to the casting of the members of Monty Python. As any paying customer knows, a great trailer is no guarantee of a great movie, but thankfully, in this case, it was only the tip of a wonderful iceberg.

Aside from the tremendous job of casting, what makes Holy Flying Circus really work is its wholehearted embrace of Monty Python’s style of oddball visual detours and sharp verbal wit to make its satirical point without sacrificing the dramatic thrust. To accomplish the latter, the film’s writer Tony Roche (The Thick of It) wisely focused on the friction between John Cleese and Michael Palin. The way in which their outwardly different responses to the controversy over Life of Brian ultimately spur the same passion to defend it publicly is at the heart of the film. That’s not to say that the other Pythons don’t get their moments, but the sparks between Cleese and Palin – played respectively by the excellent Darren Boyd and Charles Edwards – are what drives the film.

That undercurrent of conflict allows the film to strike the right balance between truthful and dramatic and enable it to be far more emotionally involving than one normally associates with Monty Python. There are also numerous moments along the way that beautifully confound the traditional approach to the “biopic” genre, including a fun appearance by British national treasure Stephen Fry. Above all, though, Holy Flying Circus is simply a terrific tribute to both Monty Python and one of their most beloved works. To mark their 50th, it’s worth looking this one up on your favorite digital platform.

Related: “What’s On Your iPhone?”