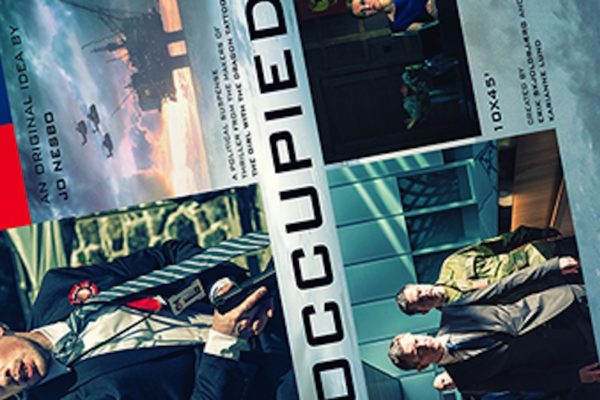 Do two major hits from a Nordic country not named Sweden make a trend? Whether or not you’re waiting for a third, a pair of recent entrants put Norway at, or close, to the cutting edge in cold-eyed climate storytelling. Occupied is a ten-episode political thriller – described by one critic as “perfect for binge watching” – built on the fictional notion of Russia taking over Norway’s oil and gas production industry after a new Green Prime Minister shuts down production (and export) in favor of a new, clean technology. The inexperienced Prime Minister Berg is clearly out of his element, facing off against political enemies, the press and members of his own team as he strains to lead the nation on a tightrope walk over a fire on which the Russians keep heaping coals. [amazon template=left aligned image&asin=B01D3RP47K]Morally, the show – recommended by Vanity Fair for those suffering Homeland withdrawal – tussles with difficult questions about climate change, national sovereignty and the tension between political courage and political folly. But the plot dazzles with unexpected twists and turns, revealing layer after layer of intrigue, suspicion and the odd dose of altruism. One can’t help wondering how Frank and Claire Underwood would have handled a similar threat in House of Cards.

The series is widely described as “controversial” – for good reason. Clearly Occupied has touched a very sensitive nerve. Vyacheslav Pavlovsky , the Russian ambassador to Norway, told Russian News Agency TASS that “It is certainly a shame that, in the year of the 70th anniversary of the victory in World War II, the authors have seemingly forgotten the Soviet Army’s heroic contribution to the liberation of northern Norway from Nazi occupiers, decided, in the worst traditions of the Cold War, to scare Norwegian spectators with the nonexistent threat from the east.”

For American audiences, Occupied (which is now streaming on Netflix) builds on the success of The Wave, a 2015 feature film also centered on the environment. In this case, the tsunami overwhelming Norway will be an actual wave – a 85-meter monstrosity produced by a huge landslide in a fjord. Suspense builds as scientists find – and ignore – evidence of the likely event. Once again, political will is tested – in this case, by a decision whether or not to evacuate settlements on the fjord’s shores. The sheer physical beauty of Norway’s fjord-land permeates The Wave in sharp contrast to the gray claustrophobia of Occupied, where blue skies seem to visit the nation only for the annual Constitution Day, equivalent to America’s Independence Day. (Symbolic meaning? Check.)[amazon template=right aligned image&asin=B00T6KIRLO]

The entertainment quotient in both Occupied and The Wave is high – as are production values, although Hollywood might have needlessly amped up the CG tsunami effects by two or three levels. Neither is a surprise since The Wave was the most expensive film ever made in Norway – with more than 20% of the country’s population having now seen it – and Occupied is reported to be the most expensive TV series ever made there. The Wave will make for a pleasant evening diversion – and Occupied is a terrific series to bridge espionage junkies to the new season of The Americans.

Here’s a trailer for Occupied:

And here’s one for The Wave:

0 comments on “In “Occupied,” Misery in Norway Makes for Great Binge-Watching”