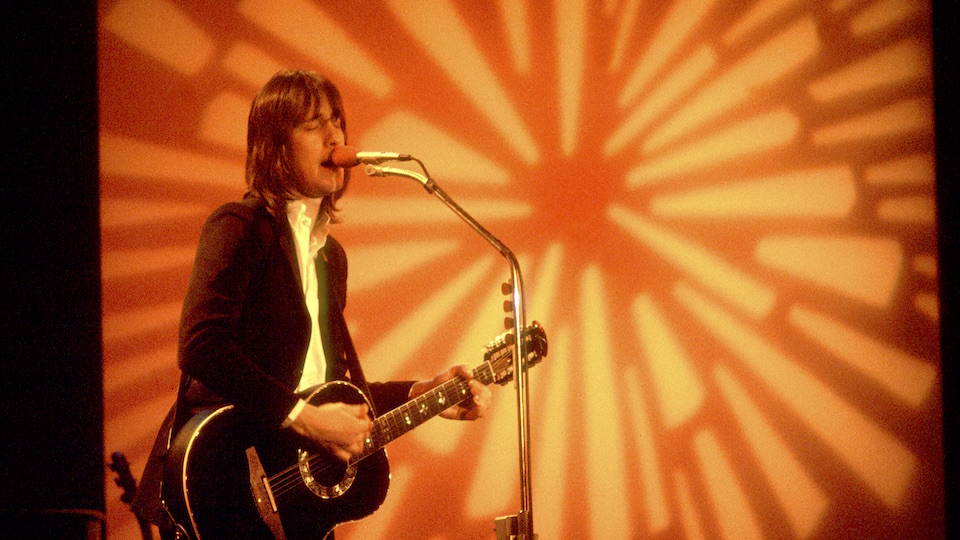 Todd Rundgren is one heck of a multi-talented performer. Active since the mid-‘60s, both as a solo artist and the leader of the rock band Utopia, he’s repeatedly leaped across genres such as pop, rock, soul, progressive, and metal. His music has garnered him a legion of loyal fans. His behind-the-scenes magic has benefited artists as diverse as Grand Funk Railroad, Meat Loaf, and XTC. In other words, choosing the best songs from his personal catalog is an almost Herculean task. Oh hell, let’s give it a try. Feel free to comment and make your own suggestions. We won’t be offended. His artistic output is impressive.

Todd has always followed his own muse and for the last couple of decades, he’s experimented with blues, electronica, metal and even reimagined classic tunes in unexpected genres like lounge music. On his 2017 LP White Knight, he brings in a group of collaborators — including heavyweights Joe Walsh, Donald Fagen, Trent Reznor, and Daryl Hall (who shares vocals on this unforgettable track). The result harkens back to Todd’s signature sound, while still managing to sound freshly original.

This straightforward rocker, featuring some fantastic guitar work by Jesse Gress, is a highlight of the 2000 release One Long Year, a collection of tunes first featured on Todd’s online music service Patronet. To this day, the song has been a staple of his live shows, and with good reason.

A longtime devotee of soul, Todd has been known to cover vintage R&B numbers during his live shows throughout the years. For the 1986 disc Nearly Human, Todd brought in none other than Bobby “The Preacher” Womack for backing vocals on this song, a standout track on an album that also features a fine cover of Elvis Costello’s “Two Little Hitlers.”

7. Can We Still Be Friends?

Anyone who’s been in love then faced the end of a relationship can connect to the theme of this melancholy selection from 1978’s Hermit of Mink Hollow. The album followed the breakup of Todd’s longtime relationship with Bebe Buell, and it’s clear that he had heartbreak on his mind during those sessions.

Another side of the singer-songwriter’s career is the on-again, off-again band Utopia. Their sound has shifted from progressive to pop to straight-on rock then back again over the years. This excellent hard-rock flavored tune is from the group’s 1977 outing Oops! Wrong Planet which also features the ballad “Love Is the Answer” which became a hit for England Dan & John Ford Coley.

5. Love of the Common Man

Todd’s 1976 album Faithful is half tributes, half originals. One side is devoted to covers honoring his musical heroes like Jimi Hendrix, The Beatles, and The Beach Boys. The flipside gathers together some excellent compositions, including this wonderful ode to love and brotherhood.

4. A Dream Goes on Forever

This ethereal, piano-driven number is one of Todd’s most beautifully produced songs, with a gorgeous melody and lovely lyrics. It’s featured on the 1974 album Todd and is somewhat atypical when compared to the rest of the tunes on this offbeat disc. Who’s complaining? It’s a memorable contribution to his catalog.

You can hear the influences of the British Invasion on this blistering piece of garage rock from Todd’s pre-fame group Nazz. A swirling, fast-paced, energetic piece of psychedelic rock, “Open My Eyes” will have you turning the volume up to eleven. The song has been covered by everyone from The Move to The Bangles. And with good reason!

Related: “The Top 10 Songs by The Bangles”

A particularly vital track from 1972’s Something/Anything? reveals Todd’s knack for crafting sincere and emotional pop tunes. Need an example of his range of talents? Well, here he performs all the vocals and plays all the instruments, even as he’s paying tribute to singer-songwriter Carole King. This one was an AM radio staple in the ‘70s and ‘80s. It sounds good now, too.

Originally recorded with Nazz, this plaintive ballad, Todd’s first major hit, is also from Something/Anything? — which is one of his most consistently engaging albums. This heartfelt tune went all the way to number five on the charts in 1973. More importantly, it’s remained a favorite of fans, even for those who love his deep cuts.

25 comments on “Open Your Ears! The Top 10 Songs of Todd Rundgren”