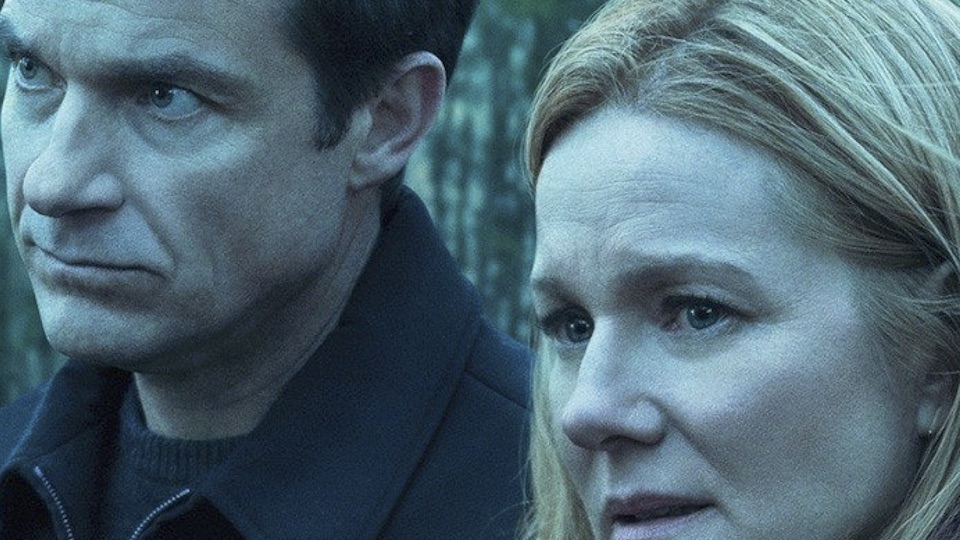 Ozark, the Netflix series currently in its third season, gives new meaning to the words “every choice has consequences.” Financial advisor Marty Byrde’s world is turned upside down when the money-laundering scheme he runs for a Mexican drug cartel goes south. Marty and his partner are caught skimming from the cartel’s profits, which makes the cartel angry. His partner is killed, and the cartel (as well as the FBI) is now closing in on him. Bargaining for his life, the quick-thinking Marty proposes a plan that will net the cartel significant profits, while laundering their money through legitimate channels. He’ll just have to move his family to the Ozarks. With this new start, he feels he can use some legal businesses to launder the drug money, and avoid both the cartel’s wrath and an FBI investigation.

Marty, effectively portrayed by Jason Bateman (who’s also a producer and director on the series) is clever, resourceful, and quick on his feet. The problem is that each choice he makes complicates the situation he and his family are in even further. This downward spiral forces him to improvise again and again as things go from bad to worse to catastrophic. It doesn’t help matters that his wife Wendy and their two kids aren’t initially on board with his choice of location for their new home. There are also others who get caught up in Marty’s web. Ruth Langmore, the teenaged daughter of a local crime family, who ends up embroiled in Marty’s schemes, becomes an ally and a central figure in his successes. Rachel Garrison, the owner of a local hotel and bar, on the other hand, has her life destroyed as a result of her involvement with Marty.

As the series progresses, things continue to spiral out of control in epic fashion. Marty tries to keep the cartel, the Kansas City mob, and a local drug supplier happy. The FBI is on Marty’s heels while his business interests grow to include a strip club and a casino. Marty always manages to pull another rabbit out of his hat and keep things afloat a bit longer. Every time you think the delicate house of cards Marty has constructed will hold together, things start to fall apart in spectacular fashion. Initially a bystander, Wendy becomes a participant in his schemes and ends up surpassing him in both effectiveness and ruthlessness.

The cast is uniformly terrific, with both Laura Linney as Wendy Byrde and Julia Garner as Ruth Langmore giving superb performances in their roles. Both of these fine actresses allow you to see the development of both of these characters over the course of the series. There is also excellent work from Jordana Spiro, Janet McTeer, Esai Morales, and well-known character actor Harris Yulin as an elderly tenant of the Byrdes’ home, who becomes friends with their son Jonah. Peter Mullan and Lisa Emery are outstanding as Jacob and Darlene Snell, the local heroin suppliers who become vitally important to the storyline in the current season, and who may be the most dangerous enemies of all.

Writers Bill Dubuque and Mark Williams created the series, and the show draws you in with its intricate, well-crafted storytelling. It’s a thriller and a cautionary filtered through the lens of a family drama. It’s clear that Marty is a brilliant guy, and perhaps if he’d applied his knowledge to legal pursuits, his family’s life would have been very different, and a lot less dangerous. Ozark is full of hairpin twists and turns. Just when you think you’ve got it figured out, the story moves in unexpected and sometimes shocking directions. The series hasn’t officially been renewed for a fourth go-round at this time, but based on the tremendously positive critical and audience response to the current season, it’s all but assured that we’ll see how Marty and his family survive their latest trials and tribulations when the show returns.