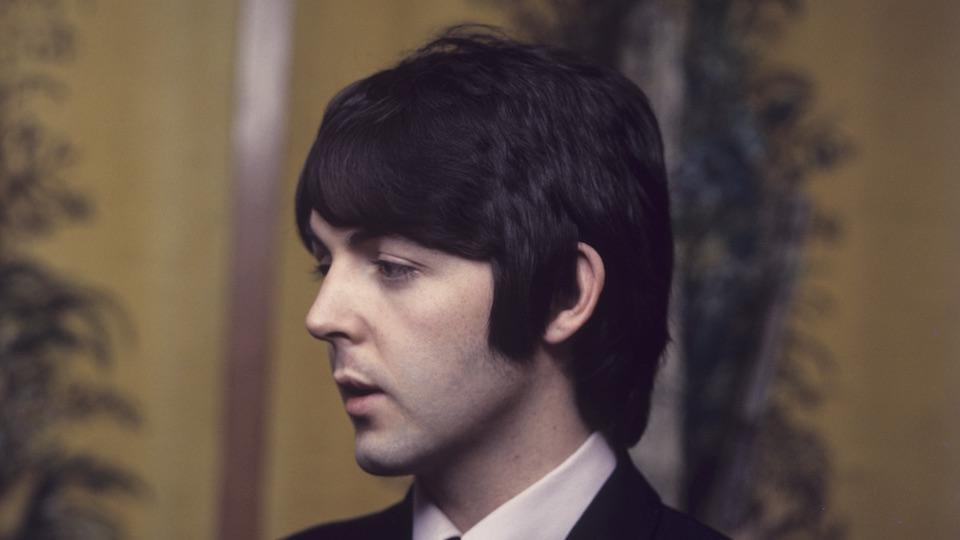 Paul McCartney was rumored to have perished in a car accident around the same time John met Yoko: November 1966.  The shocking story, including that there was a double of Paul in the Beatles, was broken by Russ Gibb, a Detroit DJ whose source for these tall tales were stoned sleuths who claimed that proof of Paul’s untimely death could be found in Beatles’ records when they were played backward.

There might have been occasions that Paul’s fellow Mop Tops wondered if it was really McCartney’s double who composed “Ob-La-Di, Ob-La-Da,” which John called “more of Paul’s granny music” or “Maxwell’s Silver Hammer,” a song that Ringo called “the worst track we ever had to record.  It went on for weeks.”

But before and after McCartney supposedly crawled from the wreckage, his bandmates must have wondered if Paul was his own double because of his numerous uncredited singing, producing, and playing gigs.

Having already penned hits for Cilla Black, the Stones, Billy Kramer, the one and only Tommy Quickly (“Tip of my Tongue”), and much more under the Lennon-McCartney banner, Paul wanted to see if his song could be a hit if his name wasn’t on the label.  He gave it a go under “Bernard Webb” (although the publishing credit was Lennon-McCartney); writing “Woman” for Peter and Gordon, a duo who earlier had a #1 smash hit with “World Without Love.” The song was attributed to John and Paul but was all Paul.  Alas, the ruse did not work for two weeks after its release; Gordon (Waller) recalled that a reviewer mockingly noted, “This Bernard Webb has an amazing talent. Could even be Paul McCartney?”  Perhaps because it only climbed to the #14 spot in America, Paul never wrote a sequel to “Woman” called “Man” and never used a songwriter pseudonym again.  Instead, he remained an anonymous presence on his buddy Donovan’s 1967 Mellow Yellow album.  Though there are reports of McCartney plucking bass on some of the tracks, Donovan said his pal only made a guest appearance on the song “Mellow Yellow:” “Paul did the ‘Mellow Yellow’ session and added the clap and the giggle.”  After all, nothing induces hand-clapping and uncontrollable laughter more than predicting that an electrical banana will become the latest craze.

Also in 1967, Paul added an extra aural dynamic to the Beach Boys’ “Vegetables” song by rhythmically and anonymously eating celery as the Boys sing of the joy of eating plant-based food—even though Brian Wilson was the last guy you’d go to for good health advice.  In 2001, the Welsh rock group, Super Furry Animals, must have been impressed by Paul’s work on this tune because he musically masticated again on the track “Receptacle for the Respectable.”  Perhaps miffed that Brian Wilson didn’t credit him for his chewing talent on the Smiley Smile LP, the Furrys noted that Paul provided “celery and carrot.”

After freelancing for Donovan, Paul added his anonymous touches to the Bonzo Dog Doo-Dah Band’s delightfully bizarre “I’m an Urban Spaceman.”  Using “Apollo C. Vermouth” as his and Gus Dudgeon’s (who went on produce Bowie’s “Space Oddity” and eight Elton John albums) cover, the two Apollos co-produced the Bonzos’ only hit—well, only in England where it went to #5 on the charts.  The experience with Paul no doubt gave Neil Innes, the song’s writer, insight into the Fab Four mindset. Neil skillfully mined it when he became Ron Nasty of the “prefab four” parody band, The Rutles.

Once again, Paul decided to not take credit where his welcomed credit was due by singing (along with Lennon) on the Stones’ “We Love You” and “Dandelion,” and anonymously co-writing Badfinger’s “Rock of All Ages” (the B-side to the Paul-penned smash, “Come and Get It”).

Sadly, the song’s lyrics (“Guess you think it’s funny.  That you’re taking all my money but I don’t.”) presciently predicted Badfinger’s dealings with their shady manager, Stan Polley, that led its doomed lead singer/songwriter, Pete Ham, to write on his suicide note: “Stan Polley is a soulless bastard.  I will take him with me.”

As the years went by, Paul must have gained enough confidence in his music career to (rarely) go by any other name than the one on his birth certificate.  Under the guise of “Percy Thrillington,” Paul released an orchestral version of his 1971 Ram album called Thrillington—which was released six years after Ram’s release.

One of Paul’s aliases was first utilized on the Beatles’ first professional tour in 1960 backing singer Johnny Gentle in Scotland. Later, he used it to anonymously check into hotels at the height of Beatlemania. That particular fake name was noticed by four scruffs from Queens, NY, who agreed that a version of “Paul Ramon” should be the name of their band: the Ramones. There’s a rumor that after the name became a known commodity, a miffed Paul used the Ramones’ last names and changed his hotel check-in moniker to Paul “Cummings-Colvin-Erdelyi-Hyman.” But if true, I suspect it was only the one time.

Paul — as “Paul Ramon”  — also made an appearance on Steve Miller’s “My Dark Hour” song in 1969, playing drums, bass and guitar. There may very well be other records that he secretly played and sang on: after all, he was in a band known for keeping secrets.