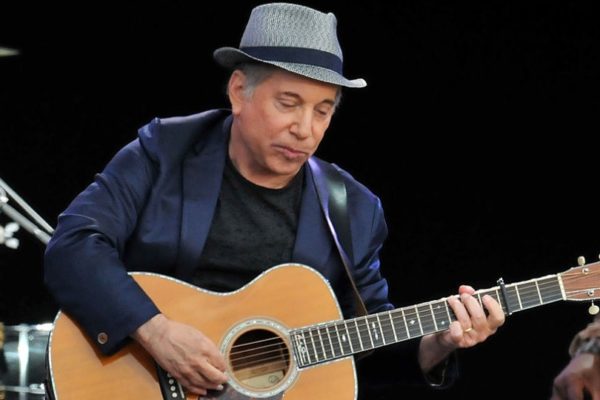 Paul Simon’s 50 years-and-counting career contains one of the most imposing songwriting catalogs in popular music history. Whether working with Art Garfunkel on a string of masterful albums throughout the ‘60s or building a solo career filled with eclectic music and uniquely affecting lyrics, Simon has never wavered from excellence. Many of his songs are firmly ingrained in the culture as masterpieces, but a career that long and prolific is bound to hold some unheralded, under-appreciated gems that beg for reexamination. Here are the 10 most memorable examples of Paul Simon songs every bit as great as some of his most well-known hits.

1. “April Come She Will” (1966)
Parks & Recreation fans probably know this as the wedding song of beloved weirdos April and Andy. But this beautiful little meditation on love’s fleeting nature can otherwise get lost among the heavy hitters on Sounds Of Silence. Featuring an Art Garfunkel vocal that’s both effortless and tender, the lyrics follow a girl’s path into and out of someone’s life in the space of a few months of time within the song and in just under two minutes of bittersweet beauty on our turntables.

2. “Flowers Never Bend With The Rainfall” (1966)
Much of Simon’s earliest songwriting is rife with the heavy thoughts that trouble young deep thinkers. In this song, found on Parsley, Sage, Rosemary and Thyme, the melodic lightness and the breezy, mid-tempo rhythm counteract all of the pondering quite nicely. Another hallmark of the song is the way that Paul and Artie trade off on the vocals so deftly, interchangeably coming to the fore and regressing, before rising together in glorious harmony.

3. “Save The Life Of My Child” (1968)
An early example (from Bookends) of how Simon was chafing at the restraints of so-called “folk rock.” Primitive synthesizer effects and wailing backing vocals make their presence felt in this oddly funky track. The left-of-center backing is just the right accompaniment for the dark humor of the lyrics, as a child on a ledge turns out to be an opportunity for Simon to take a cutting look at the gawkers in the neighborhood who are watching this tragedy unfold.

4. “Peace Like A River” (1972)
Simon’s self-titled solo debut showed that he was not going to be your average singer-songwriter, as his musical backdrops often conveyed as much meaning, if not more, than the lyrics. In this case, his gritty acoustic rhythm sets the tone for the resilient sentiment. The way the music swells in the inspiring chorus gives hope for a better day, but Simon’s narrator nevertheless seems to be revving himself up for a long struggle against dark forces in the song’s closing moments.

5. “How The Heart Approaches What It Yearns” (1980)
One-Trick Pony was the first Paul Simon solo record that seemed listless and uninspired at times, perhaps because it was an awkward combination of soundtrack and proper album. Nonetheless it has some great moments, including the rollicking hit “Late In The Evening,” the tough title track, and this after-hours treatise on the inherent difficulties of a relationship. It doesn’t demand your attention, but nonetheless sticks with you well after it’s gone.

6. “Rene And George Magritte With Their Dog After The War” (1983)
On the list of time-traveling romances featuring surrealist painters listening to doo-wop, this one has to rank pretty high. Seriously, it is absolutely amazing how Simon welds together all of these fantastical elements, drops them into one of his prettiest melodies, and emerges with pure magic. Found on Hearts And Bones, an inward-looking album that got unfortunately lost in the bright musical colors of the MTV era, this song is one of Simon’s greatest achievements and needs more love.

7. “Born At The Right Time” (1990)
Simon followed up his smash 1986 album Graceland with The Rhythm of The Saints, which, like its predecessor, imported a mishmash of musical influences from around the globe. Saints is a bit colder than Graceland, but this song strikes the balance between musical ingenuity and emotional warmth just right. The innocence of birth is celebrated with an upbeat melody and an effervescent rhythmic foundation. It’s impossible not to get pulled along by its joyous sway.

8. “Darling Lorraine” (2000)
You’re The One is perhaps the most impenetrable of Simon’s albums, all dense narratives and complex musical ideas. This track rises above the rest of the album by a wide margin. It’s a rambling epic that follows a romance through its winding course, including the happy beginning, the fights, the reconciliations, and, yes, even death. It’s funny and insightful and heartbreaking, making it one of the most honest love songs you’re likely to hear.

9. “Another Galaxy” (2006)
In 2006, Simon collaborated with Brian Eno on the fine album Surprise. The two titans of sound-sculpting likely knocked heads at times, but the music on the album benefits from their combined expertise, especially on this haunting track. Subtle electronics and somber guitar chords form the backdrop for the tale of a runaway bride. Simon makes clear on the song how traumatic it can be to leave behind all that you know and love. But he also details how exhilarating that can be as well.

10. “Rewrite” (2011)
On the surface you hear some jaunty acoustic guitar and dreamy glass harp on top of an insistent rhythm that’s always trudging forward. Yet the protagonist of this stunner from So Beautiful or So What is stuck trying to perfect a script that seems likely to go unread. In much the same way, the people that see him as just a car-wash attendant completely overlook both the deep personal pain he’s masking and his wishes to rewrite not just his script, but the entire history of his life.

PS. Check out our post on Paul Simon’s 2016 album Stranger to Stranger here. Plus, for some other great songs you may have missed, check out The 10 Best Rolling Stones Songs You May Have Never Heard.