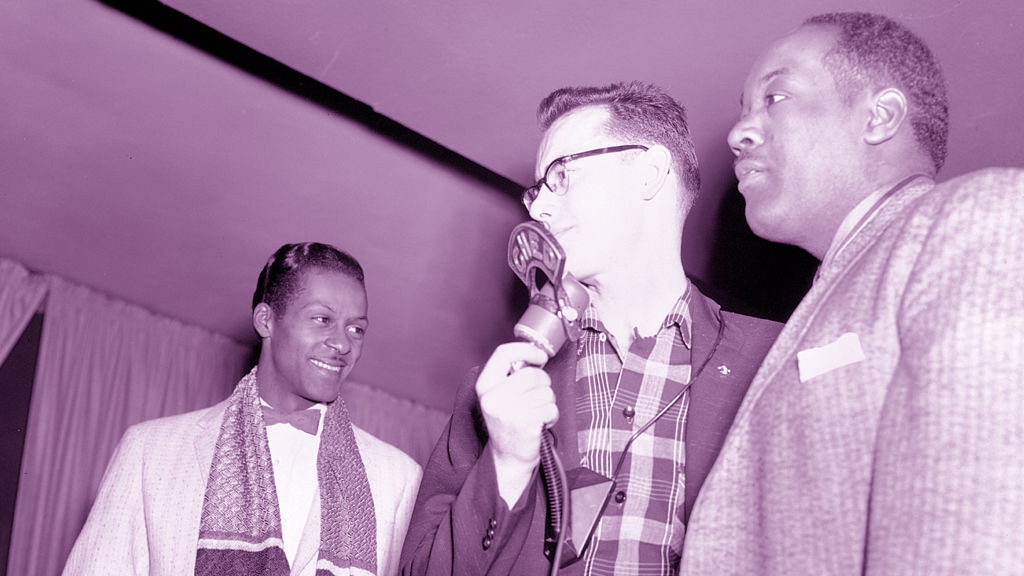 We’re hearing a lot about different visions for America, some of which includes nostalgia for the good old days, particularly the ’50s, when – the story goes – things were more orderly.

Now, we’re not going anywhere near politics, but we would like to look at just one slice of the ’50s – its pop music – and see what it might tell us about our own times.

The standard narrative of ’50s music goes something like this:

…until rock and roll came along to shatter everything.

As with most cliches, there is some truth in that, but the real story is a lot more complicated.

CultureSonar’s Ken Hymes points out that — if you look at the top 200 songs of the 1950s — doo-wop and “rock and roll” make up much less than half the list. There’s also a lot of grownup, blues-flavored music from folks like Sarah Vaughan, Ray Charles and Elmore James. That’s quite a mix: not a one-trick pony or a cluster of cheesy teen idols.

Of all the words you might use to describe Elmore James, “lightweight” is not one of them.

Then, of course, there’s rock n’ roll itself. It was simple music, right? – “three chords and truth,” as the saying goes.

Well, not so fast…

First, there were the musicians themselves. They brought an unusual amount of good baggage to the party – mixing jazz, country, swing, blues and pop to create something utterly new. For the most part, these guys could PLAY, and were not afraid to go pretty far out there in their seemingly-simple pop songs.

Our own Michael Rays notes that Elvis Presley’s incomparable musical wingman, Scotty Moore, for example, brought some genuine crazy to the King – and is still influencing guitar players six decades later.  Just check out the out-there guitar solo in “Too Much.”

And then there’s Buddy Holly.

A few years after Holly died in a plane crash, studio geniuses like Brian Wilson of the The Beach Boys, Phil Spector and his Wall of Sound, and George Martin with The Beatles would create out veritable pop symphonies, but they were following in Holly’s Texas bootsteps – adding classical-style compositional techniques to pop.

Time won’t allow us to go on about the social commentary in Chuck Berry’s lyrics, the pre-punk anarchy of Eddie Cochran or the civil-rights-anticipating Sam Cooke.

And that’s just the tip of the iceberg. We didn’t even touch on jazz giants like Miles Davis or Charlie Parker; artists like Jackson Pollock; architects like Frank Lloyd Wright or authors like J.D. Salinger.

In other words, there was a lot of action beneath the seemingly calm surface. The cool ’50s gave way to the hot-tempered ’60s, which in turn yielded to the more-mellow ’70s.

So where are we now in this hot-cold cycle – and what is today’s pop music telling us about our own times? We have no choice but to stay tuned…

Let us know where you think we’re going next.