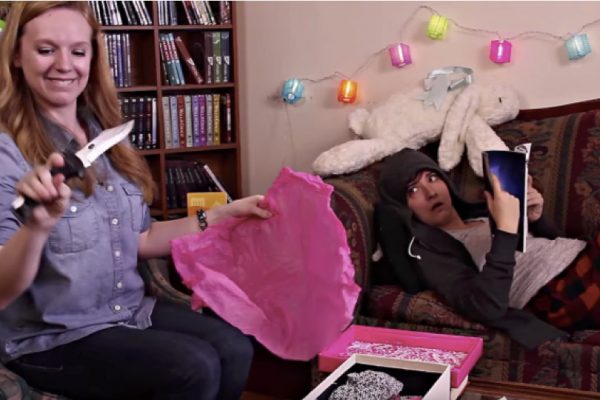 Chris I. has written several humor books and performed his stand-up routines at stalwart comic venues such as Gotham Comedy Club, The Stand and the Cape May Comedy Festival. So it’s only natural that he’s gone on to found a website devoted to all things funny: BitComedy.co. With this particular endeavor, however, he likes to keep a low profile. Having spent some time in the spotlight himself, he hopes to shed the light on other satirists, comedians, filmmakers, and illustrators for a change. That said, he did agree to grant us this brief interview!

Q: How and when did your BitComedy.co come about?

A: I launched Bit Comedy this past winter but it’s been doing laps in the back of my mind for about five years. I’ve always been a fan of comedy, especially George Carlin and Bill Hicks and the characters on The Best Show. Yet I’ve always felt that some incredibly funny stuff falls through the cracks if it’s not picked up by a larger website or catches fire on Reddit. I created Bit as a home for those videos, comics and written pieces, just to get a couple more eyeballs on some truly funny stuff.

Q: What’s been the most popular content on BitComedy.co so far?

A: I think the most popular stuff, and the section of the website I’d point new readers to first, is the recurring “Give A Little Bit” column. In these interviews, I pick the brains of funny people to learn a little more about their process when it comes to comedy, their earliest influences and the first time they got a laugh. If I had to pick a personal favorite it was the interview I did with the creator of the Wuvable Oaf comic, Ed Luce. He’s able to mix raw humor with amazing drawings.

A: To get an idea of the type of humor we love on the website (and we love it all), I’d point them towards our fake Spotify playlists.

Q: What’s coming up on BitComedy.co of particular interest?

A: I’ve got a bunch of “Give A Little Bit” interviews/columns as well as a podcast planned, plus I’m also working on putting together a quarterly printed magazine of user-submitted work. If anyone out there wants to submit, feel free to hit me up on Twitter via the @bit_comedy handle.

Q: What’s the nicest response you’ve got to BitComedy.co?

A: The responses I’ve appreciated the most have been from the contributors themselves. People are usually just appreciative of posting their work. Especially people who create videos. A lot of time, money and work goes into creating an original video and when it gets only 400 views it’s kind of deflating. When creators find their stuff on the website they usually reach out and say thanks.

0 comments on “When Really Funny Stuff Slips Through The Cracks”