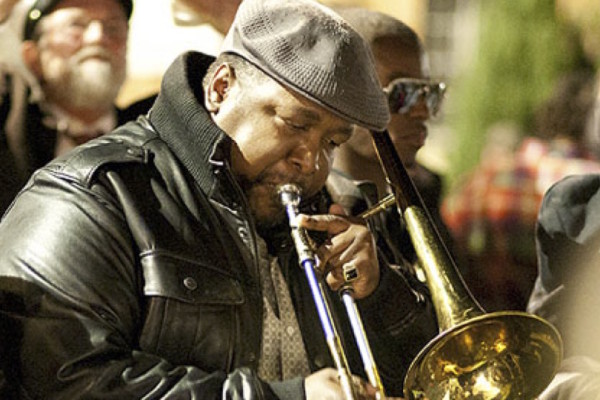 Toward the end of the fourth and final season of the critically-acclaimed-but-generally overlooked HBO series, Treme, a large pothole opens up on a New Orleans street. A driver whose axle was obliterated by the ditch puts a traffic cone in the hole, to warn others. Then life goes on. Life going on – despite many (many, many, many) deep dark detours – is a recurring theme of Treme, which details the lives of a diverse, sometimes intersecting, cast of characters in one of NOLA’s oldest, and most African-American, neighborhoods. The series begins three months after Katrina, and follows the terrible failings, institutional dysfunction, tragic loss, and against-all-odds victories that ensue in the following few years. For sure, there is abundant despair, but it is not a fundamentally sad story.

There are a few good reasons for that.

Firstly, the series is brilliantly conceived and written by David Simon (The Wire, Show Me a Hero) and Eric Overmeyer (Law & Order, Homicide). Their sympathy for the characters is obvious and profound. Speaking of characters, they’ve created about a dozen memorable ones: including the imperious “Indian” chief Albert Lambreaux; his rising-musican son Delmond; crusading lawyer Toni Benette, trust-fund-hipster Davis McAlary and – arguably the heart and soul of the series – trombonist/teacher Antoine Batiste.

Suffice to say the characterizations are rich and the performances uniformly superb. Several alumni of The Wire are on hand, bringing their expert grittiness with them.

What puts the series over the top, however, is the music.

We’ve never seen a more realistic depiction of the lives of working musicians. The grind, the scrambling, the passion, the exultation are all spot on. The way the players interact is also totally authentic, with the right mix of shared references, ball busting banter, pride and jealousy.

As the series winds down, that orange cone in the pothole gets progressively-more-ornately decorated by successive passersby. The hole never gets filled; but it becomes a beautiful mess. As metaphors go, it’s pretty damned good.

So dive in and enjoy the bumpy ride in all its glory.  Treme is available for bingeing on HBO and Amazon.

PS.  You may enjoy our posts on other excellent series:  The Wrong Mans, A Year of Great Television, Narcos and Crazy Ex Girlfriend.