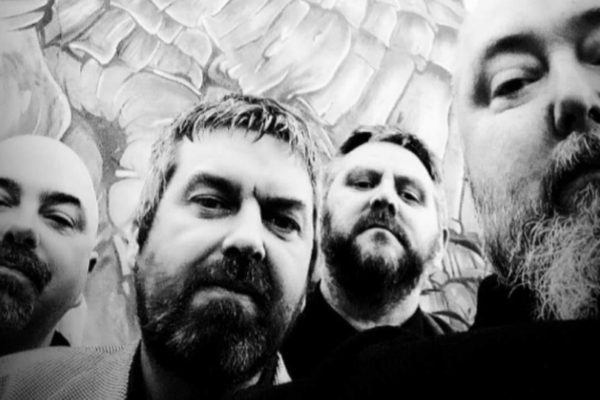 In 1964, The Beatles pulled the pin out of their grenade and tossed it onto US soil, where it exploded into the bedrooms and garages of teenagers nationwide and spawned countless aspiring bands. One of the most resilient bits of this musical shrapnel is a subgenre of rock and roll called “power pop.” Though its devotees and practitioners love to debate what constitutes “true” power pop, at its core the music walks the razor-thin line between hard rock aggression and tender melodicism. The Beatles were a kick-ass rhythm section and wrote some of the 20th century’s most enduring melodies, but most experts agree that the early recordings by The Who contain the true building blocks of power pop: crunching electric guitars and thrashing drums topped off with sweet Beach Boys-inspired harmonies and cheerful melodies and chord changes. (Indeed Pete Townshend is credited with coining the term “power pop” in a 1967 interview.) Other elements to the music include — but are not limited to — the ringing electric 12-string guitars of The Byrds, vintage keyboards such as mellotrons (usually deploying “Strawberry Fields” flutes or “Tuesday Afternoon” strings), and an overall spirit of innocence and positivity.

At its best, power pop is glorious and life affirming. The fast tempos and high volume invite furious fist-pumping and head-shaking, but the tunefulness keeps your heart smiling. It is heavy metal dipped in white chocolate and decorative swizzle. It’s the soundtrack of sunny teenaged afternoons in spring holding hands with the prettiest girl in your class. The guys in the band are the cool older brothers you never had, saying “Don’t worry kid, it gets better.” And when your imaginary older brother’s hit song fills the airwaves and the beautiful people are dancing to it on Top Of The Pops, you know he’s right.

Aside from the aforementioned Who, power pop kept rolling through the mid-to-late 1960s via the high-energy tunesmithing of bands such as Small Faces and The Move. Guitarist and songwriter Jeff Lynne would eventually morph The Move into the Electric Light Orchestra. ELO ultimately became a hit-making juggernaut during the disco era, but is now regarded as one of the seminal power pop acts of all time. Other godfathers of power pop came to prominence in the early 70s. To name but a few: one-man studio wizard Emitt Rhodes, The Raspberries, Big Star, and one of the first acts signed to The Beatles’ Apple Records, Badfinger. Later in that decade punk staged its hostile takeover of the music scene, inadvertently setting the stage for a new crop of power pop acts. Nick Lowe, Elvis Costello, Squeeze, XTC and Cheap Trick flourished for listeners who craved the raw energy of punk without the violence and spitting. Perhaps the most significant peak for power pop was The Knack’s monster mega-hit “My Sharona” in 1979. But as powerful and catchy as that song is, its overexposure caused something of a backlash against power pop.

The genre soldiered on through the 1980s and ‘90s with awesome work from key acts like The Smithereens, the dbs, Michael Penn, and Jellyfish (featuring Jason Falkner, who would go on to be an excellent solo artist and a member of the one-album wonder The Grays). But by the end of the century the record industry and terrestrial radio had seemingly moved on from power pop, with few artists in the genre burning up the charts or generating significant sales. This has proven to be a mixed blessing though, as power pop continues to thrive underground. Though many of the genre’s pioneers suffered from music business burn out (Badfinger’s tragic story is proof that the record industry isn’t for everyone), the internet gives today’s power poppers the autonomy to maintain a robust following online, on their own terms.

But this is a blessing and a curse: a quick “power pop” keyword search on cdbaby.com turns up over 15,000 artists, with countless more on BandCamp and other such services. Without yesterday’s industry gatekeepers, how does today’s discriminating music consumer separate the quality power pop from the hordes of oh-so-clever Rickenbacker-slingers wearing sneakers with a suit?

I have one word for you: Pugwash. The brainchild of Irish singer and songwriter Thomas Walsh, Pugwash’s six full-length studio albums are all killer and no filler. They stand out from the pack on the strength of Walsh’s tremendous songwriting, with ballads that are sugar-sweet without being overwrought and rockers that pack a wallop but never self-destruct. Pugwash also avoids the power pop pitfall of excessive retro production cliches in the studio, focusing instead on the high quality of the songwriting and band performances. When the occasional mellotron-ery is deployed, it serves the song and not the other way around.

Live, their two guitars, bass and drums effortlessly bash as hard as early Who or Kinks but with seasoned finesse. I saw them in NYC at the Cutting Room late last year and they kicked a huge amount of ass, the songs sounding even better live than on record. (That, my friends, is the sign of a properly awesome band.) After the show I watched Thomas personally greet fans that had driven several hours to see the band, signing groovy red vinyl copies of their latest LP Play This Intimately (As if Among Friends). He also makes his demos available — the “Bedsit And Beyond” series — on his Facebook page. They do the work, and it shows.

Walsh is also something of a “made man” in the power pop world. “A Rose in a Garden of Weeds” from 2005’s Jollility contains a string arrangement (recorded in Abbey Road’s famous Studio Two) from XTC guitarist Dave Gregory, who convinced his bandmate Andy Partridge to sign the band to his Ape House label in 2009. And when ELO’s Jeff Lynne got a copy of Jollility from guitarist Ken Simpson, Lynne became a Pugwash fan and struck up a friendship with Walsh. But despite relationships with Lynne and Partridge and collaborations with prime movers like Falkner and Penn, Walsh refuses to be lumped into the restricting “power pop” label. With his imposing physical presence, thick beard and a warm singing voice that occasionally reveals his Irish brogue (“The finer tings in life…” ), Walsh is his own man just as Pugwash is its own band.

Walsh is also one half (along with The Divine Comedy’s Neil Hannon) of Duckworth Lewis Method, a duo that has made two concept albums featuring songs about cricket. (Yes mate, you heard right. Go download them both now, and thank me later.) The recent news that Walsh and Falkner have been recording together has been music to power pop lovers’ ears; that album comes out in October on the Lojinx label. If you dig power pop (or think you might) you would do good to start getting Pugwash-ed and follow Thomas Walsh’s every move.