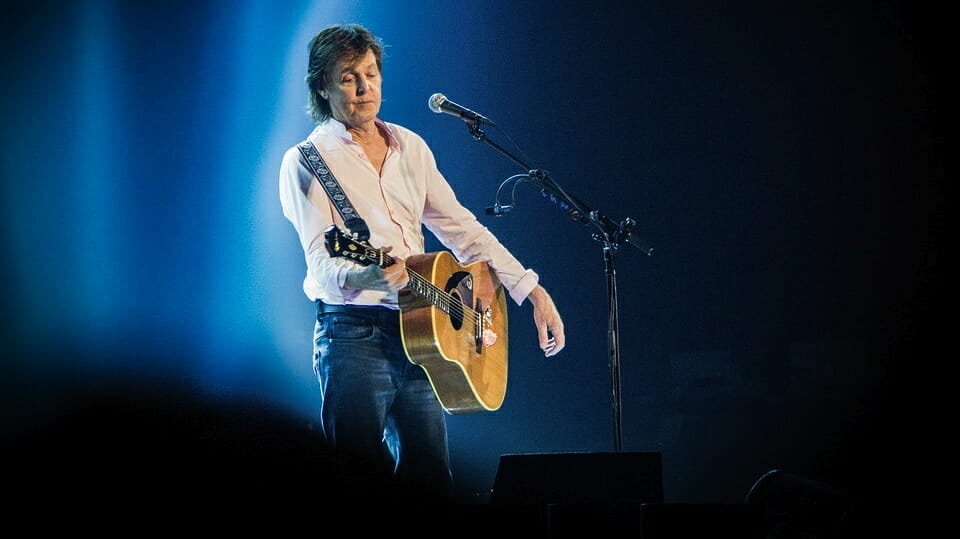 The most surprising thing about Pure McCartney is how long it took – relative to artists of comparable stature – for a box set retrospective of Paul McCartney‘s full career (so far) to be released. 2001’s Wingspan was a terrific collection of McCartney’s post-Beatles work, its balance of “Hits” and “History” deftly demonstrating that hit songs were not the only area where he excelled musically. But it only covered through 1984. While that was certainly his most successful period commercially, the limited time-frame excluded work from some very good later albums, such as 1989’s Flowers in the Dirt and 1997’s Flaming Pie.

Flowers in the Dirt, which included four songs written with Elvis Costello, is also unrepresented on Pure McCartney, which is the second most surprising thing about this set. Conversely, the least surprising aspect is how fitting the title is. While some of the individual song choices may seem questionable, the 67 songs here paint a very pure picture of McCartney as an artist.

Certainly, the hits are well-represented. “Band on the Run,” “Goodnight Tonight” and many more – including, of course, “Silly Love Songs” – are woven throughout the four discs (for those who mainly want the hits, there’s a two-disc (4 LP) edition weighted more toward the familiar). The songs around them, though, are by no means filler but rather evidence that McCartney had a lot more to offer than love songs (silly or otherwise) and has been doing so at a high level to the present day.

About a third of Pure McCartney comes from records made within the past 30 years, a ratio many of his contemporaries would probably envy. Five come from his most recent album, 2013’s New, with the marvelous title song being an overall highlight. The song selection in general says a lot about what albums are dearest to him, with Flaming Pie and Band on the Run also being very well represented.

That concentration on certain albums makes the aforementioned absence of anything from Flowers in the Dirt seem all the more strange. On the bright side, though, there’s nothing from Driving Rain, meaning his attempt at a post-9/11 anthem “Freedom” is nowhere to be found.

In the liner notes, McCartney described his approach to this collection as wanting to distill his songs into a fun soundtrack for anything from an evening at home to a road trip. His success in doing so can be heard in songs like “Sing the Changes” and “Arrow Through Me” – recorded nearly 30 years apart but fitting perfectly next to each other here. Pure McCartney is full of such pleasing juxtapositions, each one a testimony to the consistency of his “long and winding career.”